Indonesia's listening in on private chat groups. WhatsApp with that?

Critics point out that Indonesia has yet to adopt regulations on digital wiretapping and data protection.

A week before nine people were killed in a Jakarta riot that started as a protest over Indonesia's disputed election result, the social-media messaging service WhatsApp removed the accounts of 61,000 users in the country.

The action by the Facebook-owned company came after communications minister Rudiantara, in his own words, "spoke to the person in charge at WhatsApp". But while the minister appeared happy to publicise his request, he was less forthcoming when it came to explaining it, beyond saying the accounts were "breaking the rules". WhatsApp has been similarly tight-lipped.

More was to come. Following the announcement by the election commission on May 22 that the incumbent president Joko "Jokowi" Widodo and his running mate Maruf Amin had triumphed in the April vote over rivals Prabowo Subianto and Sandiaga Uno, Indonesia began limiting access to social media and private messaging applications.

The action came as supporters of the losing candidates took to the streets in protest, claiming widespread electoral fraud, in a demonstration that soon snowballed into deadly violence.

Over the following four days a partial internet shutdown meant users were unable to send multimedia content or place calls online. They could only send texts.

Whatever the motivation for the shutdown, it "didn't help to scale down the riot", according to the human rights non-profit organisation Kontras. If anything, the group said, it showed "the state's lack of responsibility".

Instead, privacy and legal experts have been alarmed by the speed and ease with which the government took its battle against misinformation online to private chat groups. They question the legality of such cyber patrolling and say it raises doubts over the government's procedures to protect the data and privacy of the country's 171 million internet users.

Meanwhile, the partial shutdown has done little to quell the controversy over the election - the dispute is still playing out in the constitutional court.

"Many people think spreading hoaxes on WhatsApp is safer than on social media, that's why we decided to carry out a cyber patrol on WhatsApp chat groups," Rickynaldo Chairul, head of the cybercrime unit of the Indonesian national police, told reporters last week.

"Tell me, what laws are we breaking here? There is no law about this. Besides, there is a massive [number] of hoaxes being spread on WhatsApp groups." 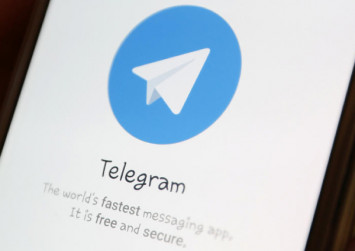 But it is this lack of regulation that is precisely why the government's decision to monitor private chat groups is so troubling, legal experts say.

While the government does have the authority - under a 2008 law on information and electronic transactions - to prevent the spread of unlawful online content, critics point out that Indonesia has yet to adopt regulations on digital wiretapping and data protection.

Said Anggara Suwahju, executive director of Jakarta-based think tank Institute for Criminal Justice Reform, of the legal position: "If the interception is carried out to gather intelligence, then there must be no prosecution afterwards. If the crime has already taken place, law enforcement must seek warrants from the court before tapping the conversations, and the information that they gather must be specific about the crime that they are trying to indict."

He said that what was "dangerous" was if "law enforcement is trying to monitor all of the information [on WhatsApp chat groups]. This could be categorised as a mass-surveillance attempt".

At least for now, the monitoring of chat groups is expected to continue as the constitutional court's hearing into Prabowo's claims of election fraud will not be completed until Friday, while the inauguration of the next president will not take place till October.

The government is anticipating further unrest if the court's decision goes against Prabowo.

"[The cyber patrol] has to be done," Moeldoko, Widodo's chief of staff, told reporters on Tuesday. "The state can't hesitate in taking the decision to patrol social media, WhatsApp and the like. If not, the situation will be more grave. [Misinformation] on social media will disrupt national security, so we have to try to reduce the tension."

"We have an expectation that anything we say on group chats on WhatsApp is only going to be read by the people that we know," said Ika Karlina Idris, a lecturer at the graduate school of communication at Paramadina University in Jakarta and co-author of Recognise Misinformation and Verify Before Sharing, a study about misinformation on the internet.

"If the police patrol the groups, our expectations about our privacy have been violated, as the government could also read our messages."

Any unauthorised attempts to monitor online chats would dent trust in the state, as well as hurt foreign investment in the country, Anggara said.

No decree was issued to back the four-day partial shutdown of social media last month, giving ammunition to critics who accuse the Widodo administration of arbitrary law enforcement.

Those critics point to a recent announcement by Wiranto, the coordinating minister for political, legal, and security affairs, that he had set up a legal assistance team whose tasks included monitoring the remarks of public figures and media coverage and weeding out hoaxes and hostile statements ahead of the new administration in October.

They also point to Widodo's presidential decree in 2017 that allows the government to disband even legal mass organisations without involving the court system.

"Under the law, the government must declare a state of emergency to justify a limitation on the people's rights or freedom, but they didn't declare one and suddenly we weren't free to access social media," Anggara said.

"There should be a debate about this, the government can't just throttle our bandwidth without a clear legal basis. Those who incurred loss or [suffered] hurt because of the throttling should sue the government."

Despite the heavy costs involved, it is not the only country to grapple with how best to rein in misinformation online. In India, WhatsApp's biggest market with more than 300 million users, the government has reportedly asked the platform to include a digital fingerprint on every message sent on it to ensure traceability, according to The Economic Times. WhatsApp's end-to-end encryption means the message is not stored on the company's servers, but on each user's device. Australia last year passed a bill that allows the police to bypass encryption, while Singapore has enacted a controversial fake news law that enables the police to monitor social media and private chat groups.

It is possible that Jakarta could follow these countries in legalising the policing of messaging apps. 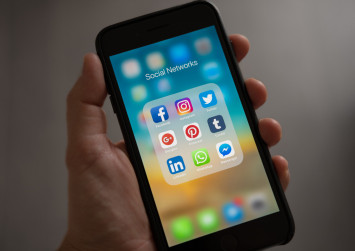 Rudiantara, the communications minister, said on Wednesday he would propose that social media and messaging platforms should require users to register their phone numbers. This would help the authorities track illicit content, he said.

If implemented, this would make prosecutions much easier. In Hong Kong, for example, the police tracked down a Telegram group organiser for alleged conspiracy to commit a public nuisance, based purely on his identity-linked phone number, and subsequently arrested him.

To address the furore in Indonesia, the police and the government have said they will only monitor a WhatsApp chat group if there is a report of illegal activity being carried out by one of the group's members, and after the said person has been detained.

Still, that has done little to assuage the fears of human rights advocates who are demanding transparency regarding the true scope of the government's reach on the internet.

"A lot of users here are new to the internet so they still don't know how it works. It's unfair if the government tightens its rules now when the best approach is through education to improve digital literacy," said Ika of Paramadina University.

"I think this is a signal by the government that they are trying to be the information gatekeeper. What were the indicators that led to the social media access limitation? It's unclear."