Make no mistake; Cyberpunk 2077 is one of (if not) the hottest highlights on our next-gen gaming agenda, and having as prominent (and well-loved) an actor as Keanu Reeves headlining the entire game only serves to make the wait even more difficult than it already is.

But have you ever wondered how the developers even decided on Keanu to play series mascot Johnny Silverhand? Was it due to his recent popularity from the John Wick movies or something else entirely?

Well, we posed this question (plus a bunch of other queries) about the game to CD Projekt RED looking for answers, and we're happy to announce that we can finally shine some light on them thanks courtesy of Story Director, Marcin Blacha (cheers!). 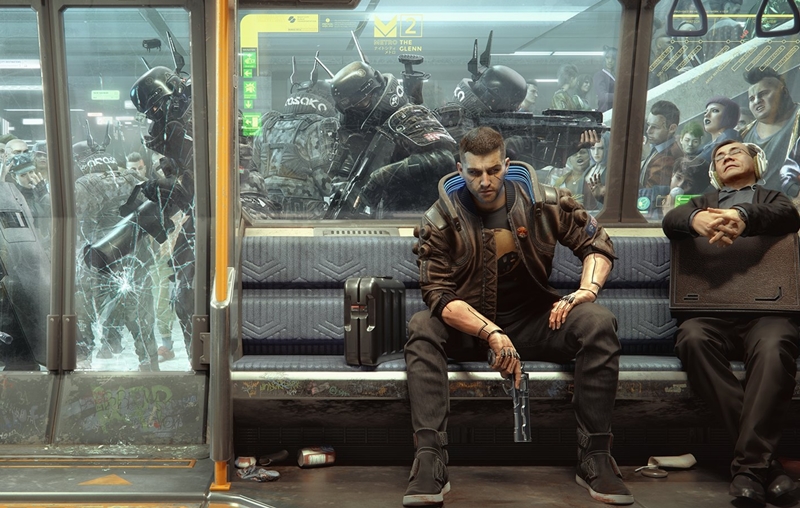 Alright, people - we're not referring to Keanu this time. Rather, the first question we asked was about the game and the concepts surrounding its development.

More specifically, we asked if any of the inspirations behind the sprawling Night City came from The Witcher, and the (rather unsurprising) answer was yes.

At first, it might not seem like the medieval setting of Geralt's world would have anything to do with Night City's dystopian outlook, but Blacha shared that the open-world "layering" of The Witcher gave the team a pretty good idea of where to start building the futuristic metropolis.

Each of these "layers" would not just satisfy players' needs and expectations (we assume this is in the aesthetic sense), but they would also play a part in helping them shape their own unique worldview in Cyberpunk 2077.

He provides a theoretical example of a metropolis, which metaphorically signifies variety and diversity, and explains that as players explore Night City's skyscrapers, slums, neon-lit districts and dark alleyways, they will be able to better appreciate the core ideas supporting the narrative in the game, and that would translate to a much more immersive experience than anything mere surface-level aesthetics could portray. 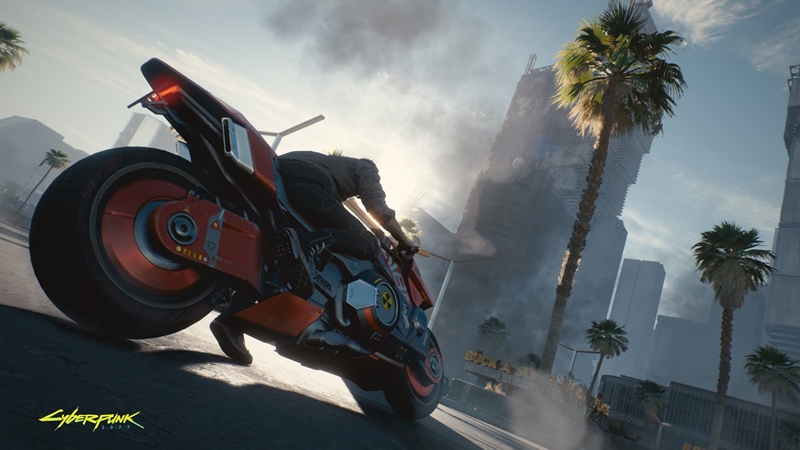 Following that, Blacha moved on to the next layer: familiarity. According to him, Night City's many districts each have their own unique mood and feel, as we would expect of a top-shelf title.

However, where it gets interesting is that some of these were designed to embody various concepts of "home", which would help players from different backgrounds spiritually connect to Night City, and that's where the "familiarity" comes in.

As Blacha calls it, this "genius loci", or representative "spirit" of a place was something that they found resonated well with players in The Witcher 3: Wild Hunt, and thus decided to bring that same formula over to Cyberpunk 2077 so people could "feel the soul" of the city's various districts.

Rounding up his answer for this question, Blacha goes on to talk about Night City as an entity of its own, rather than just a setting for Cyberpunk 2077's narrative.

This, he says ties in well with the open-world nature of the game, as such a concept promotes further exploration of the city so as to uncover its secrets and subtleties.

As for how they implemented it, Blacha's answer is that as you get more invested into the game, learning about the city's problems essentially makes them your own, and the fact that each character has their own strong opinions about the dystopian metropolis only helps them deliver this aspect of "immersion" in its truest sense.

Bringing in the topic of "representation" 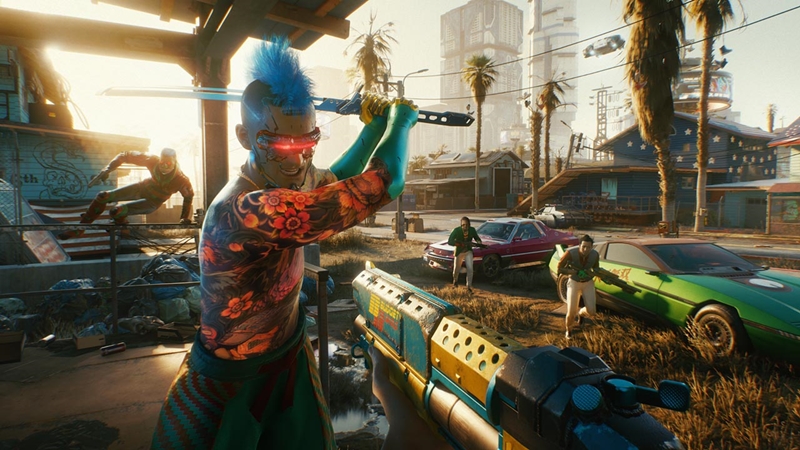 You've probably seen the news and read about the recent happenings all over the world - representation is one of the biggest talking points on social media right now, especially when it comes to politics and creative pursuits such as video games and art.

Which is to say that it's a factor CD Projekt will have to account for when creating a dystopian world, especially one as diverse as Night City. As such, we asked them what the team had tossed in to address "representation" in the game's society .

In case you didn't get the memo, Night City is based off the city of California, and Blacha brings it in as a scaffolding for his explanation.

He talks about the current place as it is, a "melting pot of cultures, races and religions" and mentions that Night City won't be any different.

To illustrate, Blacha even jokes that in the game, "a tech-loving hardcore gang member can meet a Buddhist monk in an Italian restaurant, and it wouldn't be a scene anyone would bat an eyelid about."

However, what he and the team wanted to bring attention to in Cyberpunk 2077 was the issue of cultural appropriation, trivialisation and commercialisation by modern corporations, and this is portrayed in the from of striking (and sometimes gaudy) advertising that pops up at you via billboards, signs, and whatnot throughout Night City.

In the game, even things such as gender and race can be swapped on a whim as long as you have the money, and those without the financial ability to keep up are often left behind by society.

It is this interpretation of social stratification that is at the heart of Night City's metaphorical picture, and Blacha notes that losing one's individualism as a result of such a system is a "much more real and significant risk" - one the team wanted to highlight to players.

On a more light-hearted note 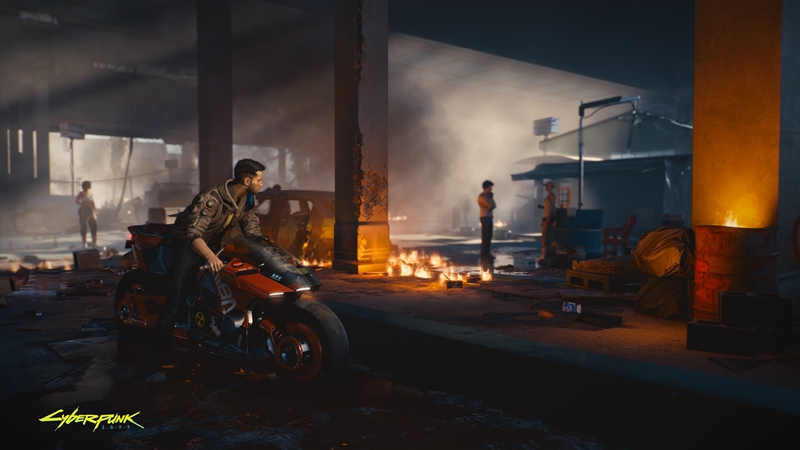 That was a rather dark, but certainly insightful look at the "inner workings" of the game. But let's step out into the sun for a bit, and ask the question that's been nagging at the back of our minds this entire time.

"How exactly did the team decide on Keanu Reeves as the face of Johnny Silverhand?"

Blacha's answer is rather short and simple. At least, by comparison.

"We're all fans of Keanu Reeves at the studio." he said, and hey, that's reason enough, isn't it?

Jokes aside, Blacha does point out that it was the actor's penchant for playing strong characters unafraid to fight for what they believed in that contributed to the decision.

As a bonus, it certainly helped that Reeves himself wasn't a stranger to the cyberpunk genre, having worked on similarly-themed movies before such as The Matrix.

Amusingly, the director then brings forth the only point of disagreement at the studio regarding this topic - the team simply couldn't decide on which of his movies were the best.

Taking pages out of other books 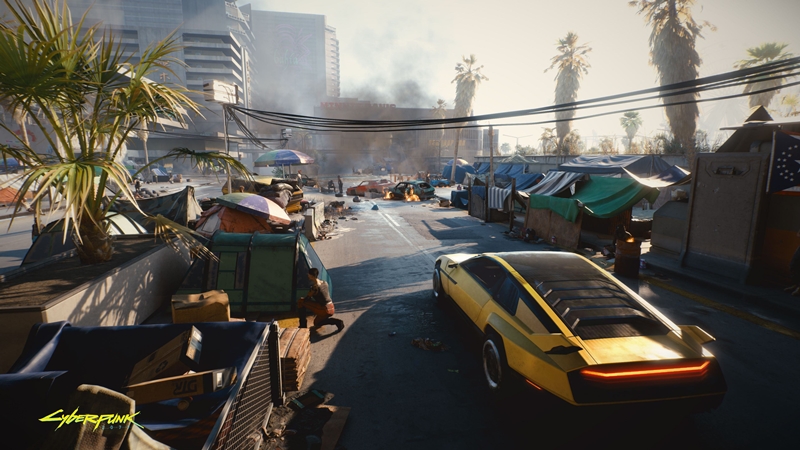 By now, it should be common knowledge that Cyberpunk 2077 is partially based on a tabletop game called Cyberpunk, and if you didn't know before, well now you do.

Anyway, after all the fun, joy and laughter talking about one of the most well-loved actors of our generation, we asked Blacha where else the team drew inspiration from for the game, apart from the aforementioned tabletop.

To this, he credits the team members' knowledge of other sci-fi franchises, such as William Gibson's Neuromancer, Blade Runner or Ghost in the Shell.

What made it even better was in the diversity of it, as he notes that having such a wide spread of experiences in the cyberpunk genre meant that each member saw it in a different light.

Of course, he did also list post-cyberpunk and transhumanism perspectives, as well as conventional disciplines such as medicine, psychology and philosophy as areas they took inspiration from, and the resulting mix led to a Cyberpunk 2077 that blends a bit of noir with touches of cyberware and post-apocalyptic aesthetic styles.

How open is this open-world? 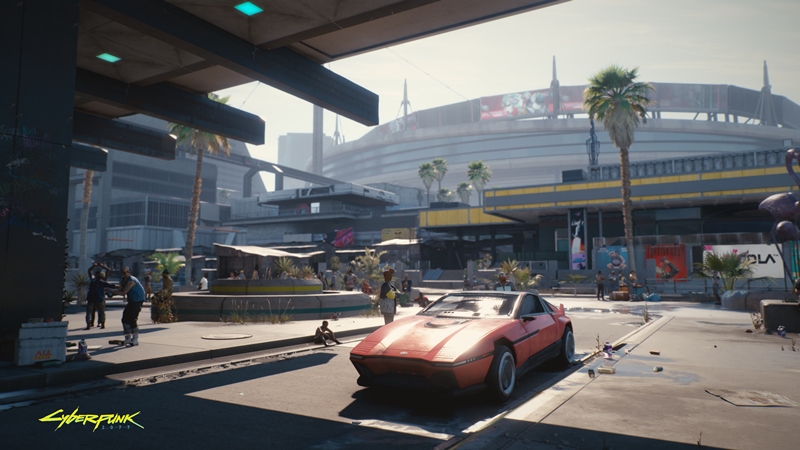 Our last question for CD Projekt was naturally regarding Cyberpunk 2077's gameplay - what game interview would be complete without actually talking about how it works, right?

More specifically, we asked them about the process of designing objectives in the game, as well as the ways players could use to approach and complete said objectives.

To that end, Blacha first talks about how the team wanted the game to feel for each individual. Basically, CD Projekt were aiming for an experience that made the player feel like the character they created felt authentic and uniquely theirs.

With that nailed down, the devs then went to work crafting methods and objectives that helped to further that perspective, ensuring that there were a multitude of different ways players could approach each mission and complete them. 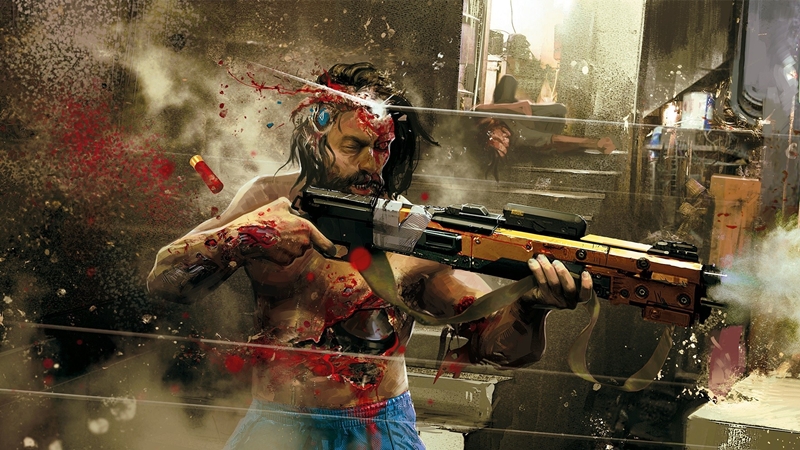 Of course, he brings up the fact that such a process is very hard work, and even a single mission involves various design teams and even writers, since the game also features missions and interactions that you can only complete by skillfully navigating the conversation.

He refers to each mission having its own "strike team", who share ideas and input daily to make the experience a more immersive and fulfilling one, so fans like us can rest easy knowing that even the simplest of jobs in Cyberpunk 2077 have had a lot of thought put into them.

Lastly, with regard to the somewhat absurd degree of freedom that the game supposedly gives to players to explore Night City, Blacha admits that even the team wasn't sure where exactly to draw the lines.

"The freedom we're offering the player also requires a lot of testing," he said, "and sometimes results in ways of finishing a mission we haven't thought of before."

However, he did assure us that these "new" methods are definitely worth looking into and that they might actually make their way into the game when the dust settles. 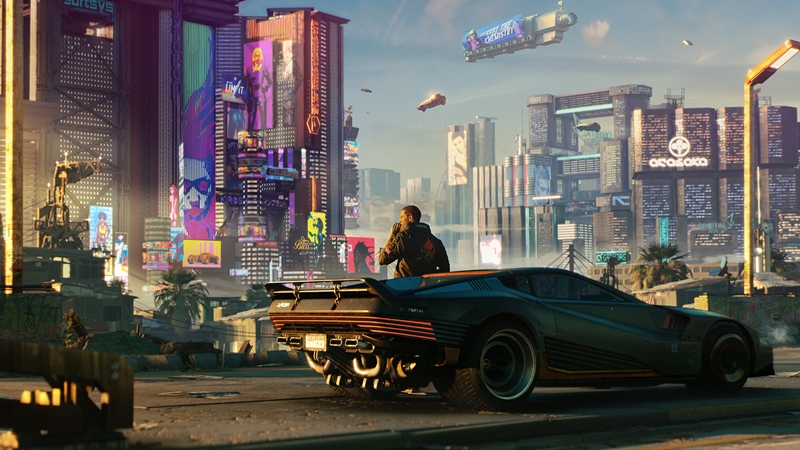 Cyberpunk 2077 certainly has a lot going for it when it does release later this year on November 19, and with next-gen consoles like the Xbox Series X and PlayStation 5 set to drop around the holiday season as well, we're really hoping that the CD Projekt RED will be able to knock us out cold with the final product.

Well, not literally, of course - we can't play the game if that happens.