Wang Chao, the chief executive of Tiejia Gangquan, introduced his company at the Taobao Makers Festival in Hangzhou

Wang Chao shot to fame last month after he lifted a 1.6-ton car on a Chinese TV challenge show.

The 25-year-old is not a muscle man - more like a geek - but he did have some help. Wang was fitted out with a smart, external structure not unlike what Marvel character Tony Stark wears to become the superhero, Iron Man.

Although the exoskeleton Wang demonstrated on China Central Television was just a concept model, his company is making production-ready versions designed to give logistics workers extra strength to lift heavy objects.

"Humans need to self-evolve from carbon-based life to silicon-based life. The exoskeleton, as a low-cost solution to physically enhance the capabilities of the human body, is just an entry point," said Wang, the founder of Tiejia Gangquan, which is also the Chinese name of US science fiction film Real Steel. 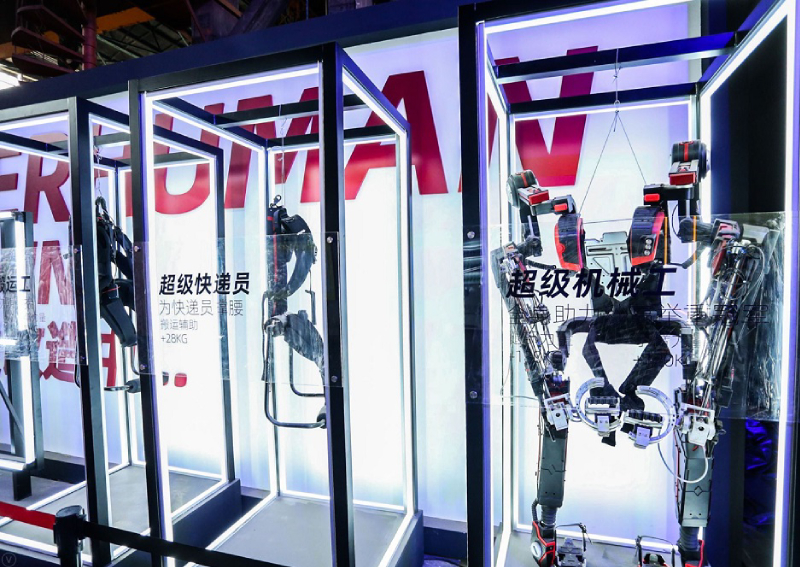 Weighing only 5.6 kilograms, the device is worn like a jacket and provides an extra 30 kilograms of strength at waist-level when lifting objects. The control system, motor, batteries and sensors are all packed into a metal case at the rear of the device.

The system has a degree of intelligence: algorithms work with sensors to learn the movements of individual users to make for smoother functioning. The motor responds within a millisecond to any movement and fully charged batteries last for about eight hours. 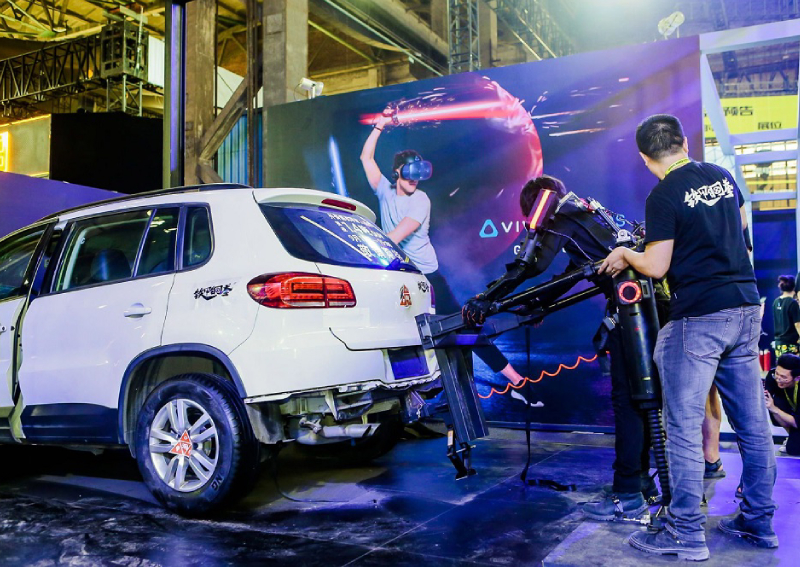 With the system priced at 29,000 yuan (S$5,600) each, early adopters so far include Deppon Logistics, chain store Watsons and Chinese e-commerce giant JD.com. Chinese retail giant Suning is also developing its own exoskeletons for use by its logistics workers

A confident Wang, dressed all in black, introduced the exoskeleton at the Alibaba Taobao Maker Festival in Hangzhou last week, where he said the idea for the product was inspired by watching the original Iron Man film when he was in high school. Encouraged by his parents, who were also entrepreneurs, Wang started to work on the idea while still at school.

While studying electrical engineering and automation at university, Wang built an exoskeleton to help people jump higher but ended up breaking a rib while testing it. The injury did not stop him. In fact, at 19 years old he decided to drop out of school to create his own start-up, putting up 10 million yuan of his own money before raising a similar amount from outside investors in a pre-A financing round last November.

"Wang Chao is really a geek. He usually rides a hoverboard to my office," said Cheng Hao, founding partner of iVision Ventures, an early backer of the company who meets Wang every month for updates on the product's development.

"He is creative, persistent and can endure loneliness. These are very important personality traits," said Cheng, adding that Wang "doesn't have much experience working in an enterprise but should learn quickly". 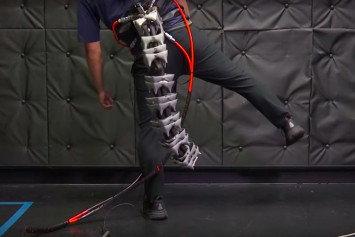 Although Wang and his backers have focused on the exoskeleton's application in logistics environments, Sinolink Securities analyst Meng Pengfei sees bigger potential in the medical field, where the devices can be used for physical rehabilitation.

China's population is greying and the number of people over 60 reached 250 million in 2018 out of a total population of about 1.4 billion. Other companies producing similar products for medical and health applications include Shanghai-based Fourier Intelligence and Shenzhen Maikangxin Medical Robot.

"In China, the exoskeleton industry is just getting started. There are some start-ups working on it, but it's too early to talk about the market size," Meng said. "There is a bigger potential in the medical industry because there is real demand while in logistics it just improves efficiency. At the end of the day, people still have to wear them [for lifting] but logistics automation aims to totally replace people with robots so what is the future?" 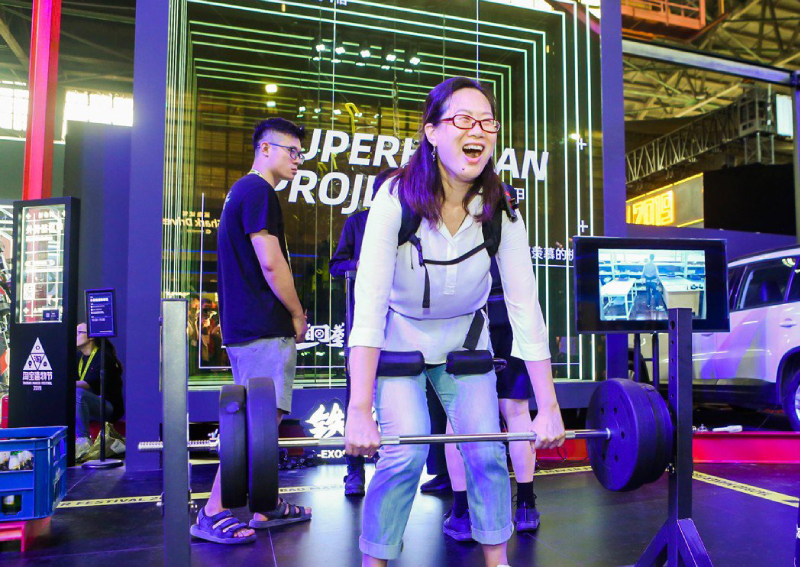 The concern over the long-term potential of exoskeletons in logistics also weighed on Cheng when doing due diligence into his investment in Tiejia Gangquan. He concluded, though, that the logistics market remained big enough because fully automating old warehouses is still a challenge. Another factor was the "last mile" aspect of the delivery and logistics business.

"If I want to carry a refrigerator [from the delivery truck] to the buyer's home, automated equipment or robots still can't handle this," Cheng said.

As well as its co-operation with large companies, Tiejia Gangquan started selling directly to customers in June via its new store on Alibaba Group's Taobao e-commerce platform. Alibaba is the parent company of the South China Morning Post.

Wang sees exoskeletons as the ultimate tool, even for individuals. "Just like phones, everyone will need one … because of the limitation of our body. For example, if you can run 70 miles per hour, you don't need a car," Wang said.