Connectivity to the internet could be more important in this era, compared with access to electricity in the past century, to build an inclusive digital economy and society, according to Jack Ma, co-founder and executive chairman of Alibaba Group Holding.

"Today, if we are not connecting any country [or] if you don't let your people connect to the internet, it's worse than last century not letting them connect to electricity," Ma said on Monday during a live-streamed panel discussion on digital co-operation with American philanthropist Melinda Gates and United Nations Secretary-General António Guterres at UN headquarters in New York City.

"[Internet connectivity is] going to change a lot of things, [so] we should not leave people in the last century," Ma said. "The digital period from now is just the beginning."

The discussion was held to mark the release of "The Age of Digital Interdependence", a report of the UN Secretary-General's High-Level Panel on Digital Cooperation. Ma and Gates serve as co-chairs of this panel. 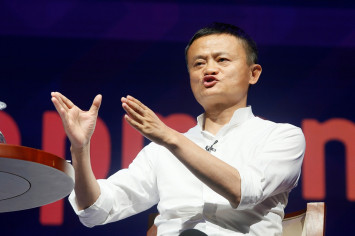 The report calls for reinvigorating multilateral co-operation among governments so that digital technologies can be used to help improve life for everyone. That would be complemented by co-operation with a diverse spectrum of other stakeholders, such as civil society, technologists, academics and the private sector, according to the report.

The release of the report, however, has come amid a raging trade and tech war between the US and China, which has disrupted international commerce and co-operation in hi-tech research.

While the speed and scale of change brought by digital technologies is increasing, many people are still left out, according to the report. It said more than half the world's population "still either lacks affordable access to the internet or is using only a fraction of its potential despite being connected".

Echoing Ma's sentiment, Gates said the internet should be for everybody and that inclusiveness should also focus on women around the world, who are estimated to be 40 per cent less likely to have online access.

"Infrastructure today is not just roads and water and electricity," Gates said. "Those things are absolutely important, we still need to push those, but it also means access to information."

The report found the proportion of people online in the developing world expanded rapidly in the past decade - from 14.5 per cent in 2008 to 45.3 per cent in 2018 - but progress has recently slowed.

Globalisation at the current stage is "not inclusive enough", said Ma, adding that it does not help small businesses.

"Creating jobs, security [and] privacy" are not only the concern of governments, said Ma. "The private sector should worry about [those], too."

"Only if you think about jobs, inclusiveness, security and privacy will your company be sustainable and welcome in this century," he said. "Otherwise, you'd be out."

Some recommendations from the report include improving financial inclusion as part of creating an inclusive digital economy, supporting marginalised groups and reforming education systems to prepare students for the digital age.

But skills and digital inclusion aside, societies also need to focus on the right to privacy as well as improving trust and security as the world moves online and more data is harnessed from digital activities.

"Twenty years ago … we had a naive optimism about globalisation, we thought that globalisation would not only generate enormous wealth, but that it would trickle down and benefit everybody, and it's not true," the UN's Guterres said.

"Inequality has grown," he said. "We need to have a globalisation for all, not to leave people behind because if not the conflicts [and] mistrust will inevitably grow."

New York-listed Alibaba is the parent company of the South China Morning Post.