It's almost 2020. Where are all the driverless cars?

Autonomous vehicles have only been deployed in limited test projects in a few US cities.

The first driverless cars were supposed to be deployed on the roads of American cities in 2019, but just a few days before the end of the year, the lofty promises of car manufacturers and Silicon Valley remain far from becoming reality.

Recent accidents, such as those involving Tesla cars equipped with Autopilot, a driver assistance software, have shown that "the technology is not ready," said Dan Albert, critic and author of the book Are We There Yet? on the history of the American automobile.

He questioned the optimistic sales pitch that autonomous cars would help reduce road deaths - 40,000 every year in the United States, mostly due to human error - because these vehicles themselves have caused deaths.

As a result, self-driving manoeuvres in the technology-laden vehicles are limited to parking, braking, starting or driving in a car park

Autonomous vehicles have only been deployed in limited test projects in a few cities.

"When you're working on the large scale deployment of mission-critical safety systems, the mindset of 'move fast and break things' certainly doesn't cut it," said Dan Ammann, CEO of self-driving car company Cruise.

General Motors, Cruise's parent company, had promised a fleet of autonomous vehicles would be on the roads in 2019.

There are driverless shuttles running on specific routes on university campuses, and Waymo, Google's autonomous car division, has been offering robotaxi service "Waymo One" for about a year around Phoenix, Arizona. However, there is a trained driver in the cars to take control in case of an emergency.

Waymo is expanding that programme, and since the summer it has offered truly driverless service in some Phoenix suburbs that is free in the afternoon and sometimes in the evening. The company is also teaming up with ride-hailing app Lyft to expand to more areas. 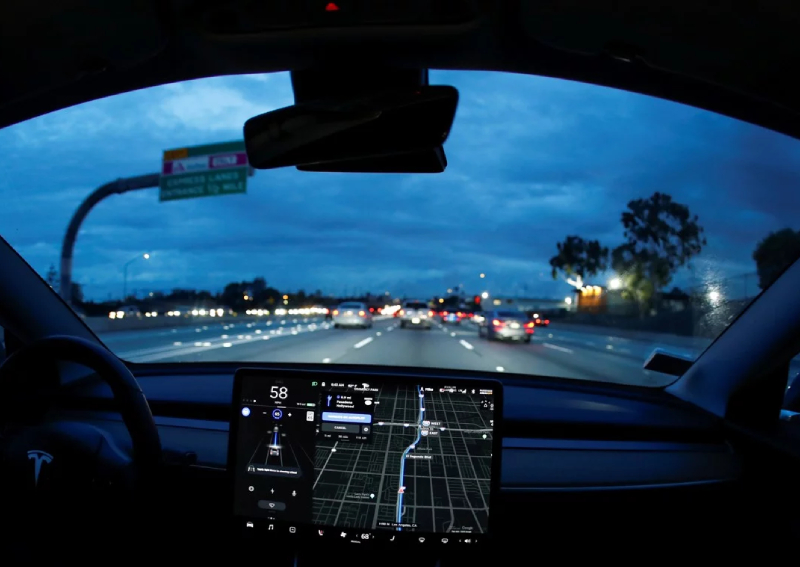 "Automation may be used in areas such as closed campuses, where speeds are low and there is little or no interaction with other vehicles, pedestrians or cyclists or inclement weather," said Sam Abuelsamid, engineer and expert at Navigant Research.

The big problem is "perception": the software's ability to process data sent by the motion sensors to detect other vehicles, pedestrians, animals, cyclists or other objects, and then predict their likely actions and adapt accordingly, he said.

And that part is key, said Avideh Zakhor, engineering and computer science professor at the University of California-Berkeley.

"The perception part is not solved yet. The most advanced publicly available is 80-85 per cent (reliable). That means that 15 per cent of the time, it's going to hit objects and kill and destroy them," she said.

Laws in place in some 40 US states only allow testing of these vehicles. The industry players hope the accumulation of thousands of miles travelled by self-driving vehicles will reassure authorities the technology is safe.

Authorities also will have to adapt road signage to these smart cars.

So, when will autonomous cars be on the road? Likely, not for a few years.

"We should see the deployment of autonomous fleets, likely at a regional level, over the next five years," according to Aurora, a start-up specialising in autonomous driving supported by Amazon and Fiat Chrysler.

But Navigant's Abuelsamid said driverless vehicles should be running soon on a small scale.

"We may see some limited numbers in a few locations by mid- to late-2020 with increasing deployments in 2021 and beyond," he said.

Elon Musk, the founder of Tesla, said in late October that his cars will be "able to drive from one's house to work, most likely without interventions," although "it will still be supervised."

Albert, the analyst, said that Tesla may have overpromised, and he cautions that customers who paid US$3,500 (S$4,700) in advance for the promised fully autonomous features "effectively gave the company a no-interest loan."