It's Samsung vs Apple again: The battle for your digital wallet begins! 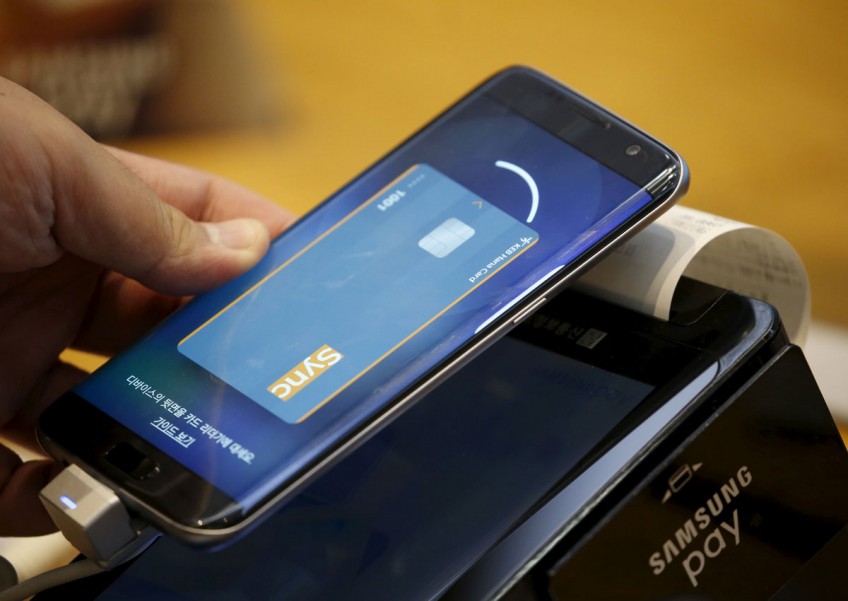 Earlier yesterday, Apple made an announcement that Apple Pay is finally available for users in Singapore. If you are not an Apple user, you need not feel left out much longer because, Samsung Pay is coming to town too.

Samsung Singapore today announced that Samsung Pay will be gracing us with its presence by June's end. What's even better is that we will be the first country in Southeast Asia, and the fourth in the world, after South Korea, U.S and China, to reap the benefits of this service. The 71 per cent of you Samsung users, whom were part of the company's interest check, have definitely made your voices heard.

That's all and well, but what can we expect from Samsung Pay?

For Starters, Not (Just) American Express

There has been an growing trend in recent times towards a cashless society, where consumers have increasingly made use of contactless card payments for their shopping needs. Two examples are, Visa Paywave and Paypass by MasterCard. However you will still require the cards themselves when making payment. The move to smartphones will eliminate card use entirely.

You can expect MasterCard and Visa to be present at launch. DBS/POSB, OCBC and Standard Chartered banks have thrown in their backing for this new service as well. American Express though, will arrive after the initial launch in the second quarter.

Feel Safe When Buying That Special Something

Security is a big deal. On top of using just your fingerprint scan, Samsung has two other authentication factors built in to ensure no unlawful transactions occur.

First is Tokenization. Samsung Pay does not use your actual card number. Instead it uses a device specific number, which then generates a secure one-time use code to the payment outlet when you use your device for transactions. This way all your information stays confidential.

Next is Samsung Knox. To name your feature after a bullion depository holding most of America's gold reserve, you must very well be confident of your own mobile security platform. It safeguards all your card and payment data and protects your information unless an approved fingerprint or PIN is presented. If you lost your phone, you can also use it to deactivate Samsung Pay remotely.

Just A Phone Tap Away

The whole point of contactless payment with your mobile device is so that it is seamless and easy to use.

Just a swipe up and a tap away from your next purchase. As most modern payment terminals are NFC enabled, you can use Samsung Pay at any merchant that accepts credit and debit cards, anywhere in the world.

Thanks to Samsung's Magnetic Secure Transmission (MST) technology in their phones, it allows compatibility of use with existing, and new, payment terminals.

From Groceries To That Spa Getaway

While Samsung is still keeping mum on its 'current expanding' list of retailers whom will adopt Samsung Pay in the coming months, you can expect them in a variety of locations.

As of now, Samsung Pay will be limited to only four of their flagship smartphones - Samsung Galaxy Note 5, Galaxy S6 edge+, Galaxy S7 and the S7 edge.

If you have Samsung Galaxy Note 5, Galaxy S6 edge+, Galaxy S7 and S7 edge rejoice! You are the chosen few. Prepare to leave your wallets at home.

Vulcan Post is all about living life with a digital edge, up and coming startups, and people who inspire conversations.