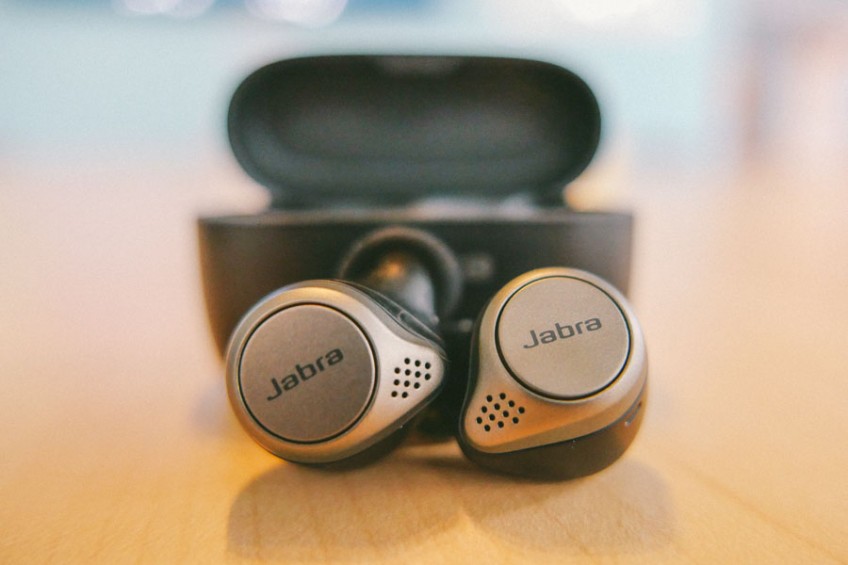 Lemme preface this review by saying that the Jabra Elite 65T was the first truly great truly wireless bluetooth earbuds that convinced me to ditch the cheap, disposable ones I kept getting from AliExpress. For years, I’d rather keep buying $20 earbuds with vaguely techy names like Tronsmart and Baseus than shove AirPods in my ears, which didn’t deserve that kinda price tag for delivering mediocre audio.

Then Apple dropped the AirPods Pro last year, and I love it to bits. Expensive? Absolutely — but finally something that’s worth the price of entry for convenience, sound quality, and noise-cancelling capabilities. The Elite 65T was neglected, consigned for usage only when the AirPods Pro needed some juicing up.

But lo, Jabra managed to climb back into the cosy confines of my ear canals. The Danish company returned to the fore with their Elite 75t, the long-awaited upgrade to their underrated predecessor.

For one, Jabra effectively fixed the little imperfections that Elite 65t had. An obvious one would be the size. Granted, the 65t isn’t as chunky as Sony’s protuberant (albeit very good) take on wireless earbuds, but it wasn’t exactly subtle either. This time around, the 75t is smaller, less obtrusive, and understatedly elegant. And lighter too, so they’re less inclined to tumble out from your ears.

With the reduction in size, it might be silly to think that the 75t has a larger battery capacity, but that’s exactly what Jabra did. On a single charge, the earbuds get 7.5 hours of battery life. The charging case (via USB-C right now; a wireless charging case is coming later this year) extends usage up to 28 hours of total running time. If we’re comparing things with the AirPods Pro’s 4.5 hours of listening time on a single charge, the Elite 75t can run for nearly twice as long. Perfect for those long-haul flights.

It’s likely that nobody will have them stuffed inside their ears for that long, but if you do want to, they offer a comfortable, snug fit. The way it's designed offers two advantages: (1) the earbuds stay lodged in your ears securely and (2) the tight fit blocks out external noise for better sound delivery. Sure, the Elite 75t doesn’t offer active noise-cancelling, but that’s not necessary when noise passively gets blocked out every time you snap them on.

The audio quality from these buds are, I daresay, just as good or even better than what Apple can deliver. Those familiar with Jabra’s calibre can expect the same nuanced sound profile with a rich lower range. The bass could be a little overpowering though (seriously, these babies boom when you put Four Tet or Rival Consoles on), but that’s easily remedied by tweaking the equaliser settings on the Jabra Sound+ app. Aye, another feature that isn’t available with the AirPods Pro.

Voice call-quality wise, there’s nothing much to say really. I could hear callers loud and clear, and so could they.

Speaking of the companion app, it’s pretty much the same as before. You can adjust the sound profile to your liking, or save different EQ settings for different environments. In your preset for commuting, for example, you could choose to have HearThrough mode on for when you need to pipe in external sounds like train announcements.

The easy-to-press single buttons on each earbud make a comeback, which is great because you don’t have to fiddle with touch-sensitive surfaces — tactile feedback is old-school but reliable.

What’s not so good is the confusing control scheme, a result of Jabra trying to cram as much functionality as they can via those two buttons. You play and pause music by clicking once on the right earbud, but when you need to skip or rewind tracks? It’s on the left earbud. Double press on the right earbud and it’ll activate the voice assistant (Siri or Google Assistant) of your choice. For volume control, holding on the right earbud pumps up the volume, while holding on the other brings it down. It’s not intuitive, so it’ll take several tries to get everything down right.

Minor gripes, of course. There’s also the fact that the Elite 75t is IP55 water and sweat resistant (better than the IPX4 rating on the AirPods Pro), which might not be that suitable for really heavy workouts. Those who need something hardier for HIIT or swimming could always wait just a while longer for the upcoming Elite Active 75t, which is waterproof enough to submerge a metre underwater with an IP57 rating.

Not bad for some buds, eh. But look, who am I to dissuade you from an Apple ecosystem. If you prefer a fuss-free experience with the AirPods Pro (or heaven forbid, the vanilla version), go for it — there’s plenty to love from them. All I’m saying is that if you’re in the market for something that costs nearly a hundred bucks less at $288, the Elite 75t is the right choice. Who needs status symbols when there’s superb sound anyway?