Japan plans to land probe on the moon 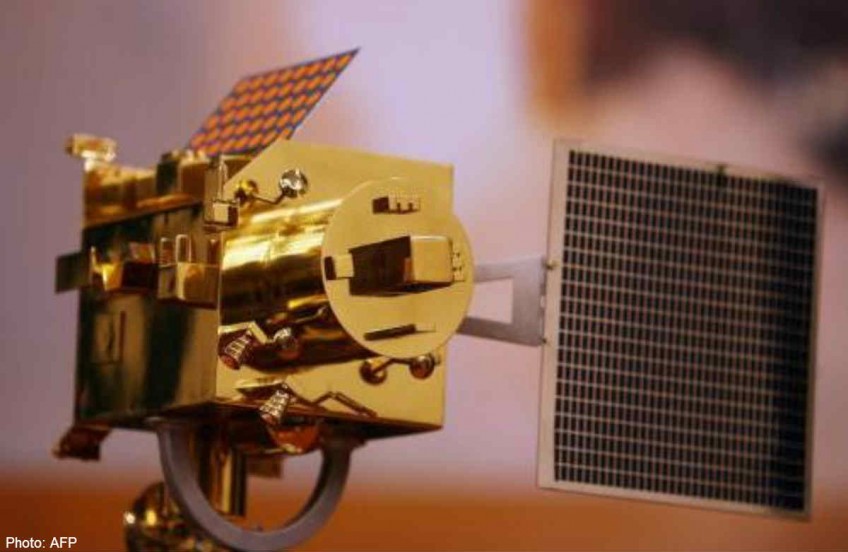 To investigate the possibility of finding resources on the moon, the government intends to start a full-fledged project to land an unmanned probe on the surface, sources said.

Aiming to launch the probe in fiscal 2019, the Education, Culture, Sports, Science and Technology Ministry plans to include the relevant expenses in the budget request for fiscal 2015, according to the sources.

After the heated competition in the 1960s and '70s between the United States and the Soviet Union to send their probes to the moon, lunar exploration has stagnanted.

However, these days, many countries are intensifying efforts at exploration, as it has been learned that there are usable resources on the moon, such as water, iron and helium-3, which can be used as a fuel for nuclear fusion power generation. Capable nations aim to have a say in acquiring such resources in the future.

China successfully landed an unmanned rover on the moon for the first time in December with its Chang'e 3 space probe, and India plans to launch its lunar probe between 2016 and 2017.

In 2007, Japan's large-size lunar probe Kaguya succeeded in closely observing the lunar surface while flying over the moon. With the achievements of the Kaguya in mind, the Japan Aerospace Exploration Agency (JAXA) also has been informally preparing for a lunar landing.

Within the ruling Liberal Democratic Party, there are opinions that landing a probe on the moon would inspire the Japanese public and keep the nation from falling behind China.

JAXA faces several technical development challenges: The probe has to be able to land on the exact place as planned; an exploration rover has to be designed so it can smoothly run on the bumpy lunar surface; a battery will be needed that can store as much power as possible.

JAXA intends to move development forward in cooperation with private firms, as well as by receiving technical support from the US National Aeronautics and Space Administration.