Laser pointers are not illegal in Hong Kong, but what harm can they actually do to people? 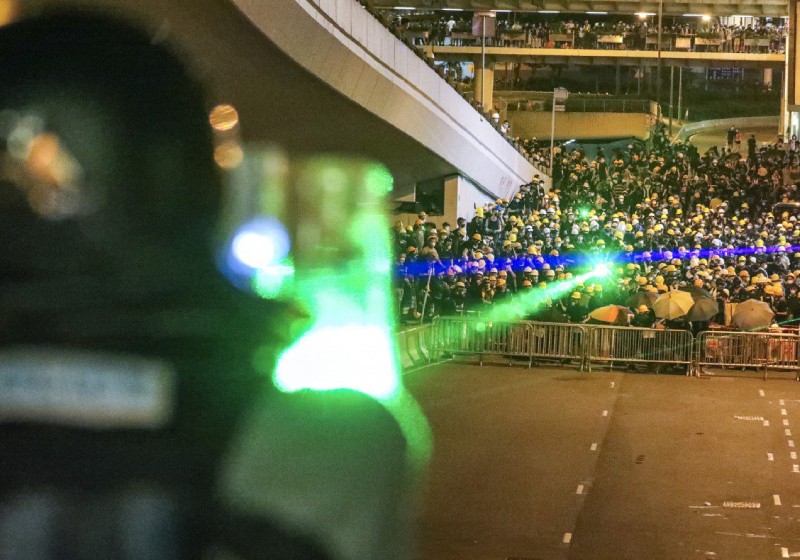 The arrest of Baptist University student leader Keith Fong Chung-yin on Tuesday on suspicion of possessing offensive weapons - 10 laser pointers he had just bought in Sham Shui Po - has caused an uproar among anti-government protesters.

As the police apprehended him, the student union president insisted he bought the pointers to go stargazing. Protesters were angry he was arrested for merely having the laser pointers in a plastic bag, and not because he flashed them at police officers.

On Wednesday, police showed during a press conference that Fong's laser pointers were powerful enough to burn a hole in a sheet of paper.

However, those present noted that the officers held the pointer very close to the paper during the demonstration at police headquarters. 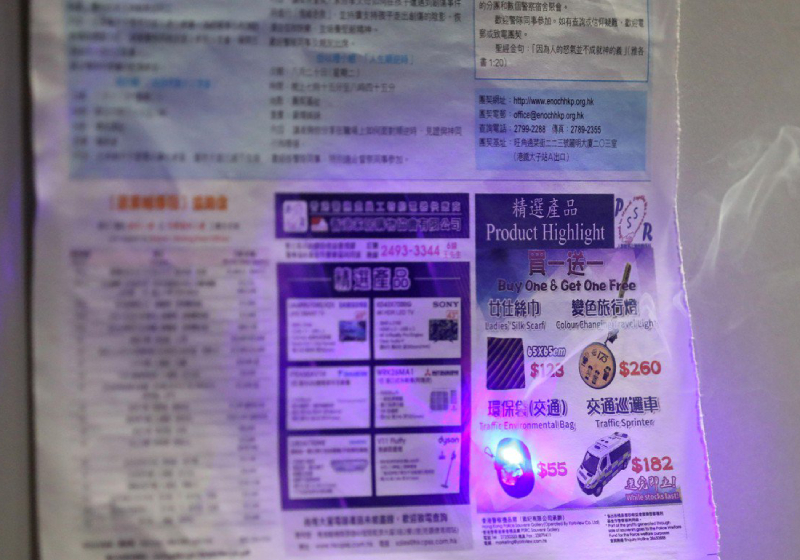 Laser pointers - which police referred to as "laser guns" - are not illegal. But under the Air Navigation (Hong Kong) Order, it is an offence to exhibit "any light" glaring enough to endanger aircraft taking off or landing. This apparently includes the beams from laser pointers.

Police have hit out repeatedly at protesters for pointing laser beams at the eyes of officers during recent protests.

They say there are various ways of defining what can be considered a dangerous weapon under the law. An object that in itself is not a weapon, but is used to attack a person, maybe deemed an offensive weapon.

Lawyer Daniel Wong Kwok-tung said in order for an object to be deemed an offensive weapon, a person should be caught in the act of attacking another with the object. He said if laser pointers are considered weapons because they were used during protests, umbrellas could be declared weapons too.

A spokesman for the human rights group Civil Rights Observer, Icarus Wong Ho-yin, said that going by the police explanation, "a kitchen worker who buys a few knives can be arrested for being in possession of offensive weapons".

What harm can the pointers do? Are there any required safety standards?

Dr William Cheung Sing-wai, a former associate professor of electrical engineering at the University of Hong Kong, said laser pointers could be dangerous if pointed at the eyes.

"Laser pointers, especially those with high power, can burn your skin and cause permanent injury to the eyes," he said.

Even pointers with power ratings of only 1 milliwatt can cause harm to the eyes, he said, and the injury would be worse for more powerful beams. The laser pointers commonly used by teachers are less than 1 milliwatt devices, he added.

On Wednesday, police cited medical experts who said laser beams shone at the eyes of officers could cause temporary or permanent harm to their vision.

The Customs and Excise Department said laser pointers are regulated by the Consumer Goods Safety Ordinance, and the subsidiary Consumer Goods Safety Regulation. These laws state goods sold in the city must meet a "general safety requirement", in keeping with "reasonable safety standards published by a standards institute or similar body". 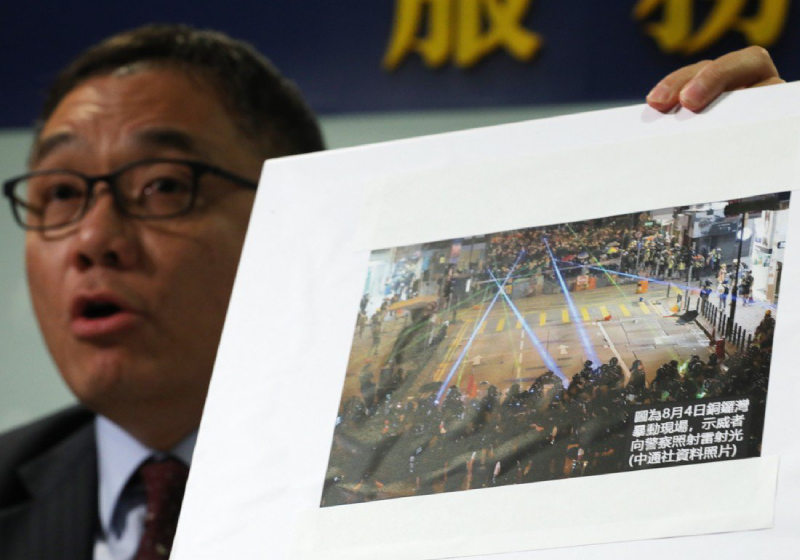 How do other countries regulate laser pointers?

The move followed a series of coordinated incidents in Sydney, when pilots complained that high-intensity lasers were being shone into the cockpit during take-off and landing.

The government called the incidents "a gutless and cowardly act" that could result in a horrific outcome.

Laser pointers with power ratings over 1 milliwatt are also illegal in Britain.

According to the BBC, between 2012 and 2018, at least 47 children in Britain suffered permanent eye damage because of laser pointers.

In Canada, it is illegal to possess laser pointers of more than 1 milliwatt in some public areas unless they are for work or education purposes.

How powerful are laser pointers used for stargazing?

According to Huey Pang, president of the astronomy association AstroLink, laser pointers have been used by stargazers for about 15 years. Initially, they had power ratings of about 10 milliwatts. But as light pollution has become more serious in Hong Kong, stargazers now use laser pointers that can emit 50-milliwatt beams. These devices are easily available in Sham Shui Po for less than HK$100. More powerful pointers cost more.