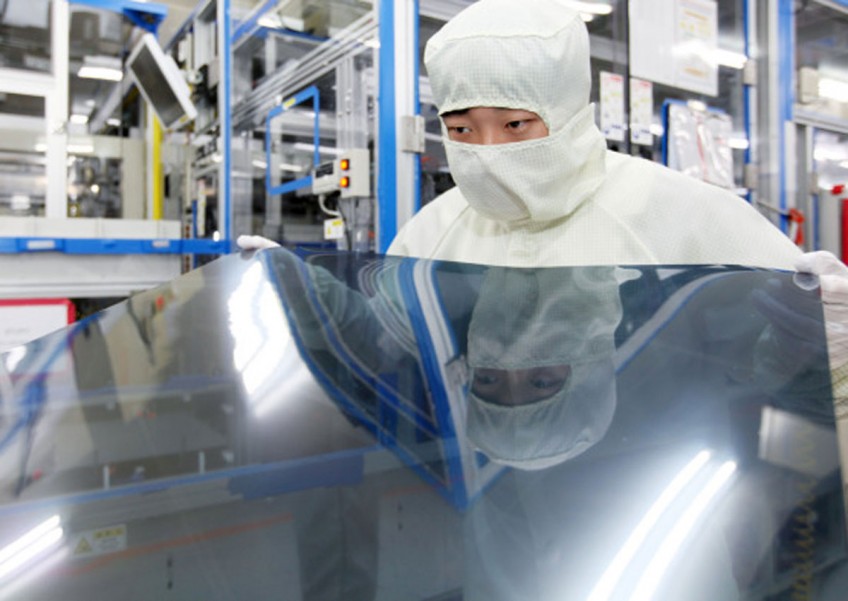 Since the Nano Cell TV debuted early this year, it was the first time that the panel production line in Paju, Gyeonggi Province, was unveiled to the media.

LCDs do not produce light so they have a separate illumination module called a backlight unit. To further improve colour reproduction, Samsung, the world's largest TV maker, has added an extra sheet using light-emitting quantum dots into panels since 2015.

LG, which has poured more resources into the still-nascent but more lucrative organic light-emitting diode TV, now has come up with its own upgraded version of the LCD, the Nano Cell.

LG said its Nano Cell uses 1-nanometer uniform particles to create more subtle, accurate colors that retain their integrity from wider viewing angles -- up to 60 degrees -- than other LCD TVs, including Samsung's Quantum Dot that uses 2- to 11-nanometer particles.

"Due to the cost effectiveness compared to Quantum Dot films, orders are already soaring especially from Chinese TV makers such as Skyworks and Kongga," the researcher added.

LG plans to launch some 30 new TV models this year, with those featuring Nano Cell making up almost half.

Despite the overall benefits, LG would not say Nano Cell is an alternative to OLED.

"Still, OLED is the most premium model for LG TVs. OLED's colour contrast is of different level from LCD," said Lee Hee-young, the team leader at product planning.

LG appears to be avoiding having its OLED TVs rival Samsung's Quantum Dot by positioning the latest Nano Cell in between models.

Currently, the OLED is considered the most advanced display technology despite Samsung's claims that its LCD-based Quantum Dot competes head-on with the OLED. Samsung suspended OLED TV production in 2013 due to high costs and low yields.

With the two-track strategy, LG has been aiming to expand its presence in the premium TV market. Last year, the company topped US$2,500 (S$3,500)-plus TV sales thanks to high-priced OLED models.

In terms of LCD TV sales, its market share remained at 12.8 per cent, compared to Samsung's 21.8 per cent.