For the love of smartwatches 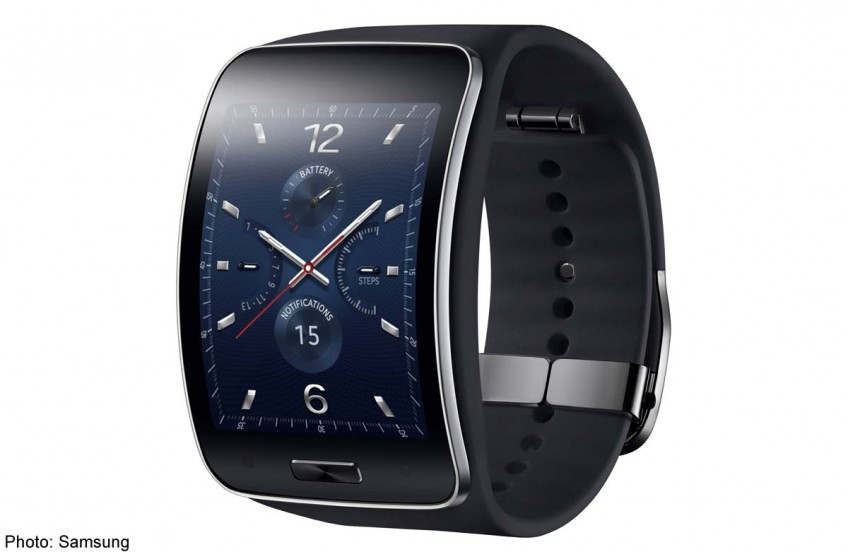 It's no a secret that innovation in the smartphone industry has seemingly come to a halt. When was the last time a new smartphone really surprised you with any groundbreaking features? Due to such limitations, manufacturers are trying to tap into other potential markets to boost their bottom lines. For an increasing amount of manufacturers, wearable devices such as smartwatches are seen as one of the ways of the future. Smartwatches have been around for decades, but it isn't until the past few years that they have really been catching the attention of the masses. Apple's recent announcement of the Apple Watch has really gotten the world talking about smartwatches.

Just like smartphones, smartwatches are powered by different operating systems (OS). For Android users, there is the aptly named Android Wear OS that Google has released specifically for smartwatches and other forms of wearables.

Android Wear basically integrates Google Now technology and notifications into the smartwatches after being paired with Android smartphones running on Jelly Bean 4.3 and above. Other smartwatch OS types include Samsung's Tizen, Apple's Watch OS, and the Pebble OS.

The Pebble smartwatch deserves special mention, as it is arguably the most successful smartwatch in the market thus far. First appearing on crowd-funding website Kickstarter, it aimed to raise US$10,000 (S$13,700). It ended up raising US$10.3mil instead. Among the long list of reasons for its success is its compatibility with both Apple and Android devices.

To be honest, I wasn't very keen when I first heard about smartwatches. My first experience with a smartwatch was when my cousin showed me his first generation Sony SmartWatch back in late 2012. While it did look cool, I did not really think of it as something I'd spend money on. At that time, I had the view that smartwatches would never make it big with the masses. Why would anyone want to spend their hard earned money on a mini gadget wrapped around the wrist that does not do more that what their smartphones already do?

Having spent some time with the smartwatches that I was given the opportunity to review, I have slowly grown fond of wearable technology. After using devices like the Pebble smartwatch and Samsung's numerous wearable offerings, my perception of smartwatches changed drastically. I am currently an owner of Samsung's Gear S, which is essentially a full-fledged feature phone disguised as a smartwatch. The main improvement in my daily routine as a result of using a smartwatch is that I no longer miss calls or important messages. I'm the type that wears baggy pants, and often times I won't feel the phone vibrating in my loose pocket, causing me to only notice that I have calls much later. Having a smartwatch to alert me whenever I receive any incoming calls and messages has fixed that problem.

It also helps when I'm driving and an incoming message comes in. Getting to take a quick glance at who the sender is and getting the gist of what the message is about is really helpful. If it is something urgent, I will at least know that I have to pull over and attend to it. As someone who goes for running activities regularly, a smartwatch is also a good way of tracking my workout. Prior to getting my smartwatch, I relied on a sports armband to support my my phone while I run. Whenever I wanted to check my progress, I had to tilt my head to the side to check what was on my phone screen.

Now with a smartwatch, I just need to flick my wrist up and view my progress on it. Some smartwatches even come with additional features that may be useful during workouts, such as heart rate monitors and UV light sensors. While those are cool features to tell people about, I would recommend taking the readings with a pinch of salt rather than accepting it as clinical results.

It's interesting to take note of your sleeping patterns and make the necessary changes if you're not getting enough sleep. It does get a bit cumbersome though if you need to manually start the sleep detection mode. In the initial days of having my smartwatch I was very enthusiastic about ensuring that my sleep was tracked, but it is something that I have trouble remembering to do now.

It also helps that most, if not all smartwatches, come with at least IP67 certification. This means that they're able to withstand whatever you plan to do with your smartwatch on that involves water, except for prolonged swimming or diving.

With all that being said, there is a clear reason why many people are still reluctant to hop on the smartwatch bandwagon. While a regular watch will last you for years before requiring a change of batteries, the battery life of smartwatches pales in comparison. Even the best performing smartwatches in the battery category can only last around a week or so. Most smartwatches in the market may even struggle to get through two days on a single charge.

Due to the battery limitations, it isn't practical to have the watch screen on continuously. That would mean that you have to rely on the device's physical buttons or gyroscope sensors to wake the screen up whenever you want to check the time. While all the smartwatches I've tested made impressive use of the gyroscope sensors (the sensor that wakes the screen up when you flick your wrist upwards), this can be a tedious process at times, compared to regular watches where the time is constantly on display.

Another negative aspect about owning a smartwatch is that you will always be giving an impression that you are in a hurry. I have received complaints from people around me that whenever I check on my smartwatch's notifications, it would seem like I am looking at the time as if I need to rush off elsewhere.

The smartwatch market is also still relatively new and most of the products are still in their first or second generations. Many of them seem more like experimental offerings rather than finished products, so if you are expecting a perfect product, it is best to keep a distance from smartwatches for the time being.

Go give one a try today.

Donovan is a full-time auditor and big-time gadget lover who discovered the wonders of the Android world back in October 2010. He is in no hurry to rush anywhere when he looks at his watch, he is only checking his notifications.