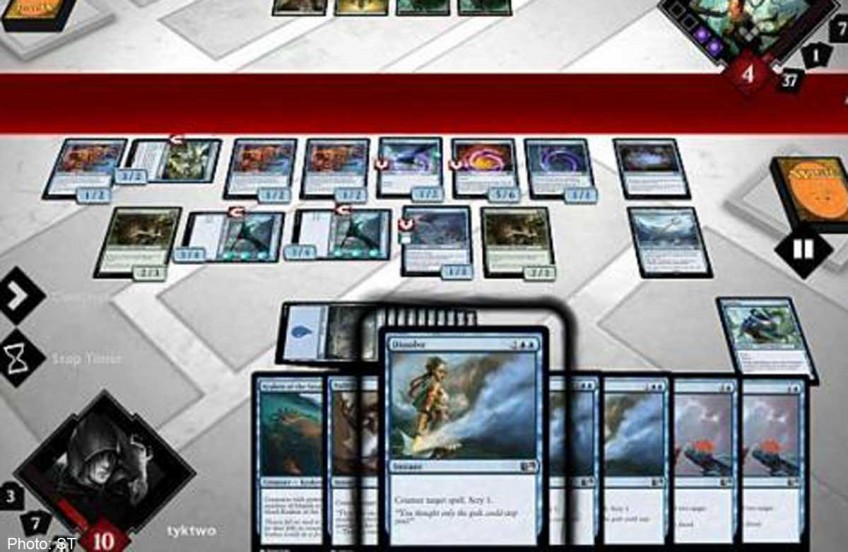 Celebrating its 21st birthday this year is Magic: The Gathering.

The grand old dame of the card strategy genre is back with a bang.

I loved the deep strategy gameplay of Magic, but I hated the original physical card game because I dislike the idea that a player with money to spend was able to amass an overpowering deck of cards by splurging on cards that the less well-off could not afford.

That is why I became an instant fan when the first digital "lite" version of Magic: The Gathering - Duels Of The Planeswalkers was launched in 2009.

This game levelled the playing field by offering all players access to the same sets of cards. This meant the winner would be the one with the best strategy, not the one with deepest pockets.

Duels was simply renamed Magic a few years ago. Magic 2015 is the fifth iteration of the Duels franchise and I have spent more than 30 hours over the last 10 days playing this latest version on my Apple iPad and on my PC.

In terms of user interface and gameplay, Magic 2015 is a significant improvement over previous iterations, which had become too predictable and too much like the earlier versions.

While Magic 2015 follows the same structure of having a single-player campaign mode and endless online multiplayer duels, it has executed it in a much better way.

Instead of having players choose from 10 preset decks, Magic 2015 lets a user unlock up to 976 cards and create his own decks. Each deck consists of at least 60 cards from his collection.

A step-by-step series of tutorials eases newbies into the game.

Starting with only 60 cards, you unlock additional cards as you progress in the campaign and beat other players online. In earlier versions of Duels, unlocking cards was painfully slow as you had to do it one card at a time. Now, every win unlocks a pack of 10 cards and my current collection is already stocked with nearly three-quarters of all the available cards.

Having the flexibility to create your own decks takes the game to a whole new level. If you are a good strategist, you can create amazing decks and take your opponents by surprise.

I love playing a white/black deck, where I can combine cards that can heal my character while meting out damage to my opponent.

My second favourite is a blue/red combination, where I cast red spells to damage the enemy, and combine them with blue spells, which have great counter-spell abilities, to frustrate my rivals.

A player who does not want to rack his brains to decide which 60 cards to choose for his deck can use the automatic deck builder and let the computer decide.

The AI is quite smart and will automatically put the most appropriate cards together to fit one of the 10 themed decks. The "Heed The Call" theme, for instance, is designed to flood the battlefield quickly with a horde of green and white creatures, and is boosted by spells to generate powerful attacks.

I really like Magic 2015, except for one sore point. About 15 per cent of the 976 cards available now are premium cards which require players to pay an extra $2.47 for every booster pack of 10 cards. That is, you cannot unlock them by playing the game.

Another complaint is that your game is not synchronised across different platforms.

Unlike Hearthstone and Duels Of Champions, where the PC and tablet versions are one and the same, Magic 2015 requires you to start from scratch each time you start on a new platform.

This also means you can challenge only players on the same platform, so iOS players play only among themselves. and not against PC or Android players.