At the far end of a hall in Sands Expo, a crowd gathered around a booth filled with little signs, whose main attraction seemed to be a boxy aluminium-clad machine that was humming almost inaudibly.

All eyes were on a woman at a table, who was covertly handing out samples of beer produced by the square wonder.

You may not have heard of the Pico Brew Zymatic automated all-in-one home brewing machine, but at least 866 people have.

In the same hall was Mr Luke Leafgren, whose claim to fame are three pieces of wood which can be put together to form the StandStand portable standing desk. 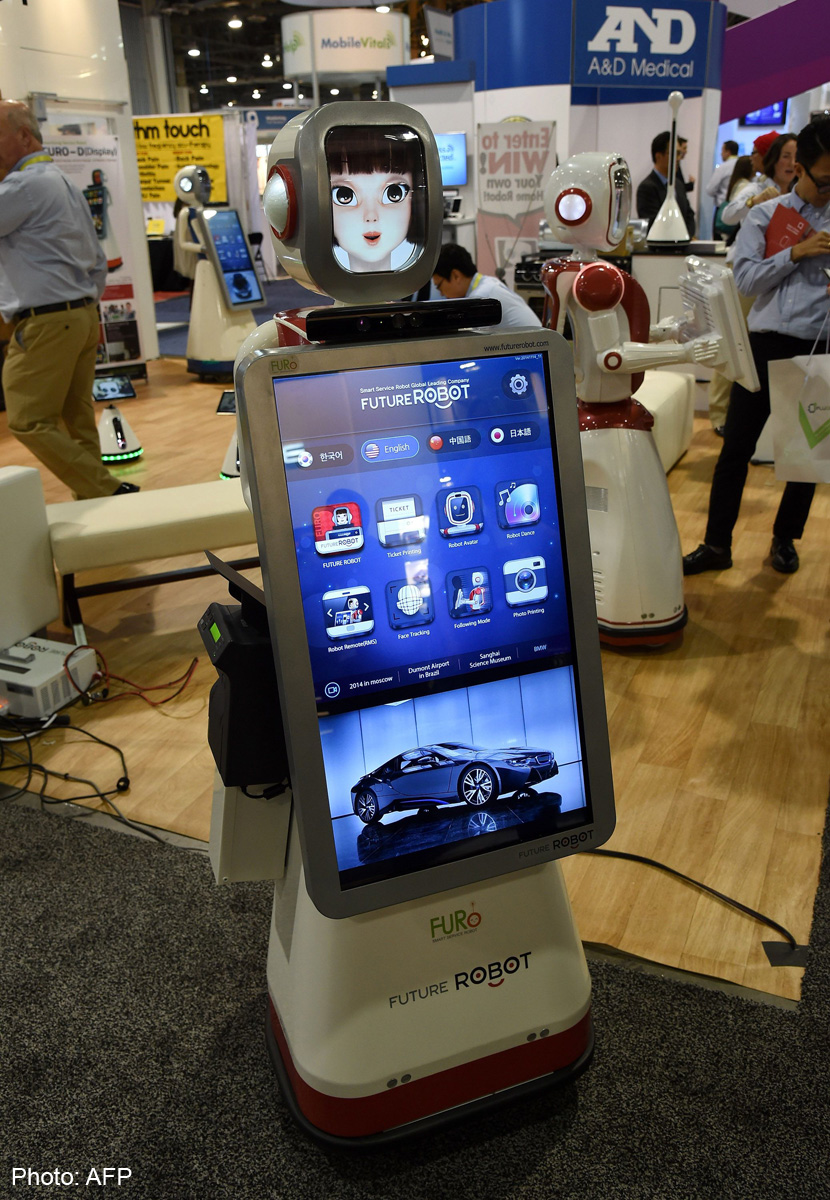 The Future Robot is a home interactive robot

StandStand and the Pico Brew Zymatic are but two of the projects that got started on crowdfunding services such as KickStarter and IndieGogo, then, found their way to the Consumer Electronics Show (CES) 2015 in Las Vegas.

Most of the products unveiled at this year's CES are already familiar to many consumers.

As brands such as Haier moved on to offer curved TV screens, companies such as Samsung, LG, Dell and Hewlett Packard announced a wave of curved monitors that can be stacked and placed side by side to provide a more immersive viewing experience.

With most brands already offering smart TVs, Sony, Philips and Sharp have chosen to make Android their operating system of choice for some upcoming models, rather than develop their own operating systems.

LG will continue with its webOS software, while Samsung will use its own Tizen software to power its smart TVs.

On the wearable technology front, companies have started to look beyond the predictable genre of fitness trackers and smartwatches.

Weenect and heroO are making GPS devices which offer parents real-time tracking of their children's whereabouts via an app. Weenect also has a GPS collar for pets.

Singapore's own Zensorium will follow up on its Tinke biosensor with the Being, a smartwatch that tracks a user's mood, as well as his fitness.

The Ring Hub is not a Tolkien fan club but a device that works with the Ring, a rather bulky ring-like gadget for controlling smart TVs. Soon, its makers said, you will also be able to control smart devices around the home, with a twitch of the ring finger.

Then there is the Belty. This smartbelt, which connects to your phone, loosens when you sit down and tightens up when you stand, all in the name of keeping tabs on your belly, to remind you to lose weight.

There were, of course, the expected upgrades of existing products and features. Samsung and LG are moving into making TV sets using quantum dots or nanocrystals.

These microscopic lighting elements, being more precise and efficient, produce better contrast and colours in the final image.

Quantum dot TVs cost less to produce than Oled ones, and are expected to cost less, though brands are mum on pricing details.

Rather than pushing users to buy a special stylus, Lenovo introduced AnyPen to its Yoga Tablet 2 device, which lets users write and draw on the screen with almost anything - from a needle, scissors or chopsticks to even a carrot.

Laptop brands, such as Samsung, HP, Toshiba and Sony, have either scaled back operations or exited the laptop market. While this reduces competition for the survivors, they still have to do more to win over consumers.

The end result of this is a greater emphasis on innovation, to make their products stand out.

Leading the race is Lenovo, the world's largest PC maker.

It owns several sub brands and is in a joint venture with Japan's NEC to launch its devices in Japan. This venture is preparing to bring two NEC models to the United States later this year. Both models are extremely thin and light, with the 13-inch LaVie Z HZ550 weighing a mere 780g.

Meanwhile, Dell lived up to the hype by pairing a 13-inch XPS 13 laptop screen with an 11-inch chassis.

The result is an almost borderless screen, backed by the new Intel Broadwell chips. There is also a 15-inch XPS 15 with a 4K display.

HP is also making things smaller - in price. It announced two mini PCs (without a monitor) running on Intel Celeron chips, starting at US$180 (S$240). 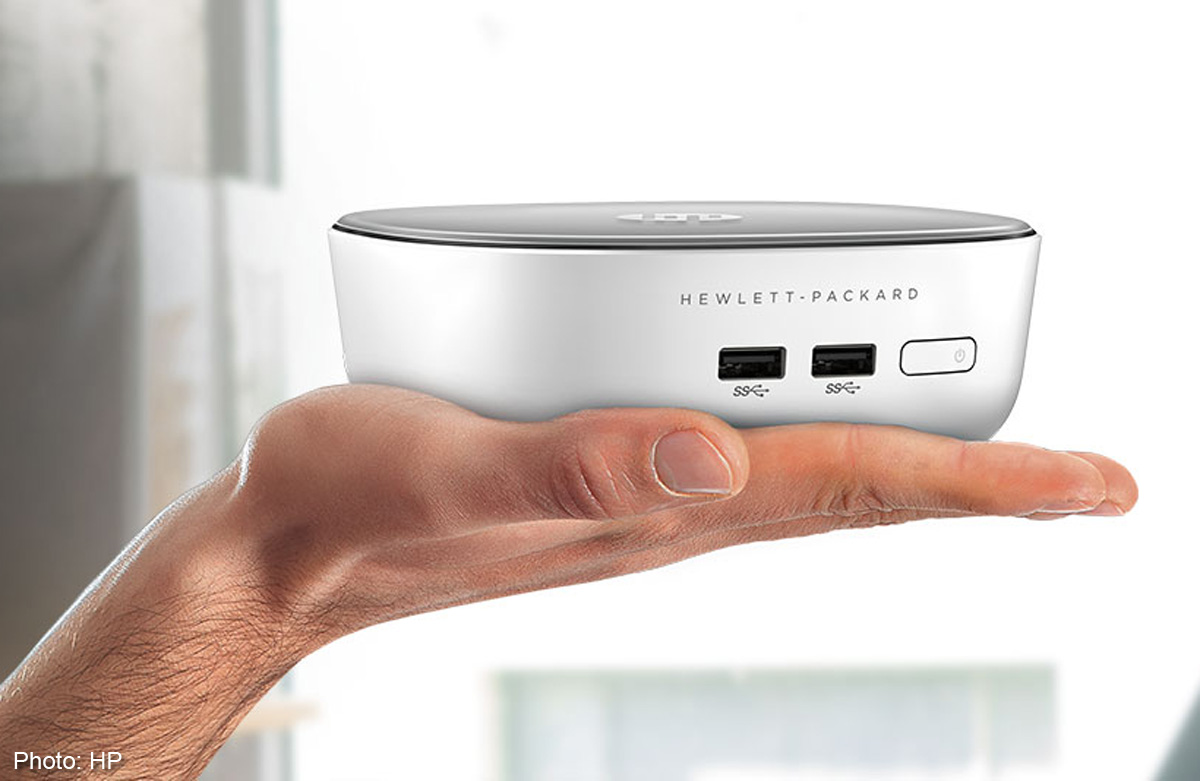 The HP Pavilion Mini Desktop computer, which runs on Intel Celeron chips, is priced from $240.

LG, a pioneer of curved-screen gadgets, is now adding curves to monitors and working on a successor to its iconic G Flex curved smartphone.

LG's G Flex 2 will have a faster processor, sharper screen, better camera, and a microSD slot that can support a 2TB card. The company also announced a new LG G Watch R2, an update of its existing smartwatch. 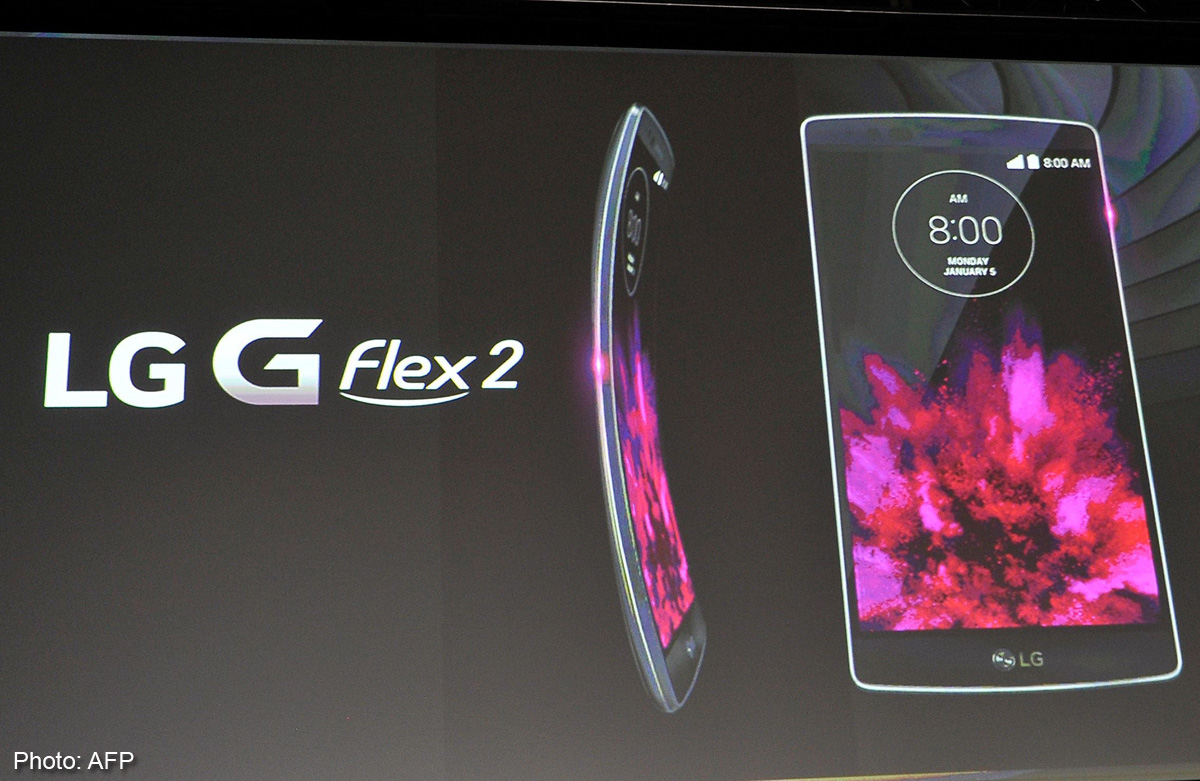 LG's G Flex 2 will have a faster processor, sharper screen, better camera, and a microSD slot that can support a 2TB card.

PC maker Lenovo announced a series of new smartphones. Usually, news of this type would not be featured, as the devices are not meant for the Singapore market. But Lenovo said it is quietly selling some models on websites in Singapore.

While it did not offer further details, it seems that there is a good chance that another China brand, but this time with better recognition, may be entering the local smartphone market.

When that happens, there is a probability that Lenovo may bring in two products shown at CES:

The Lenovo Vibe Band VB10 is a fitness tracker and smartwatch that uses an e-ink screen.

The Vibe Selfie Flash is a US$29 (S$39) accessory that adds eight LED lights to your smartphone to provide better light for your selfies.

This year's buzzword has nothing to do with stereoscopic 3-D, Oled displays or smart TVs.

Instead, the buzzword is "quantum dot display", which feature microscopic nanoparticles on the screen that handle lighting and contrast much more efficiently than conventional methods.

Going with its branding association with the letter "S", Samsung is launching its quantum dot TVs under the SUHD banner. None of the key TV models announced at CES offers 3-D viewing.

This could be a sign that living room stereoscopy is dying out. 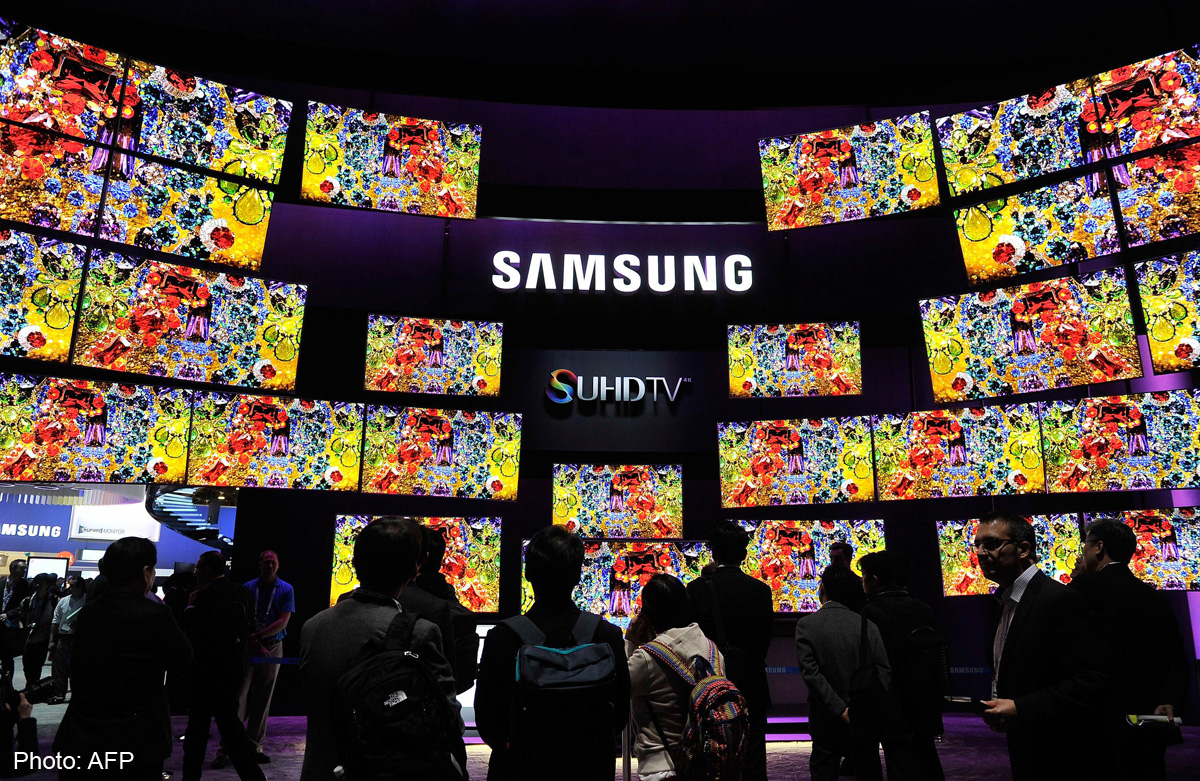 Sony and Samsung announced new smart TV operating systems for 2015 TV models. All future Sony smart TVs will be powered by Android, while Samsung will use its own Tizen software, which is already in use in its smartwatches.

With Toshiba backing Android and LG running its own webOS, it remains to be seen how much software matters when it comes to viewing content on a big screen.

For Singapore homes, the ongoing buzz over 4K TVs has also raised the question of where all the content will come from and, this year, the choice of smart TV operating systems will play a huge part too .

While the Blu-Ray Disc Association said Ultra HD discs will be available later this year, the availability of 4K-streaming content from services such as Netflix and Amazon Prime can also be huge reasons to switch.

Now, the question is - which TV maker and whose smart TV software will be the first to offer those services on its new TVs?

This article was first published on Jan 14, 2015.
Get a copy of Digital Life, The Straits Times or go to straitstimes.com for more stories.