In Malaysia, confusion reigns over licences for TikTok, Facebook videos

Malaysians were left baffled after the government on Thursday appeared to walk back an earlier announcement that all video producers – including media agencies and users of social media platforms such as TikTok and Facebook – must obtain official licences.

Communications and multimedia minister Saifuddin Abdullah clarified the government did not intend to use the existing Film Act to stifle personal freedoms, after observers and experts questioned whether the administration – with its political longevity uncertain – was deliberately clamping down on free speech.

In a statement, Saifuddin said his comments had been to explain the 1981 law, and the administration did not intend to use it to stifle personal freedoms on social media. “The phenomenon did not exist when the law was enacted,” he said.

The communications minister told lawmakers all film producers required a licence and certification letter from the National Film Development Corporation (FINAS), “regardless of whether they are mainstream media or personal media that publish their film on social media or traditional channels”.

Under Malaysian law, a licence to shoot feature films, short films, short-subject films, trailers, documentaries or commercials requires applicants to have a registered company and 50,000 ringgit (S$16,000) in paid capital.

This move – which was greeted with widespread derision from Malaysians – came after Al Jazeera rebuffed claims that it required a licence to produce content, following government pushback against a documentary it released on migrant workers in Malaysia under the Covid-19 lockdown.

“Unable to contest the integrity of our journalism, we believe the authorities are now attempting this new gambit of claiming we did not have a proper licence,” said Al Jazeera English managing director Giles Trendle in a statement, adding that by the letter of the law, its 101 East current affairs programme did not fall under the definition of a film that would require a licence.

The programme’s July 3 Locked Up in Malaysia’s Lockdown documentary, which highlighted discrimination against migrant workers in Malaysia, drew sharp and swift criticism from government officials who denied treating foreigners unfairly.

Besides instigating police investigations into the journalists, the government also said it would cancel Al Jazeera’s domestic accreditation if it violated licensing conditions.

The government’s position redefining news under the Film Act – and requiring it to be licensed – drew mockery from Malaysians, with many asking online whether TikTok or Instagram videos now required a licence. Others asked whether local politicians had obtained permits for videos posted on their social media feeds, with many linking to Facebook videos uploaded by communications minister Saifuddin as well as former prime minister Najib Razak.

“So I need to apply for a FINAS licence every time I make a video to upload on my YouTube channel? … Someone please tell me I’m wrong,” tweeted comedian Jason Leong, while writer KC Nazari joked on the same platform: “On the way to Finas to apply for a filming licence for the CCTV I am installing at home.”

Lawyer Purshotaman Puvanendran said the government’s interpretation would mean any individual postings, including “a celebratory birthday or wedding video”, might now need to be licensed before they could be published or shared on personal social media.

The ruling Perikatan Nasional administration’s move against Al Jazeera – the latest in a slew of investigations into journalists in Malaysia since it came to power in March via a political coup – has seen activists and analysts question its motivations.

“Instead of addressing the question of its legitimacy in a democratic way, the government chooses to silence its critics using force and intimidation,” he said.

“There’s a high degree of patriotism among Malaysians now, rallying around the cause of fighting the pandemic, so the government is taking advantage of that to crack down on dissenting voices. It’s not effective since as the patriotism wears off and people start to feel economic fallout from the pandemic then it’ll be much harder for the government to silence its critics.” 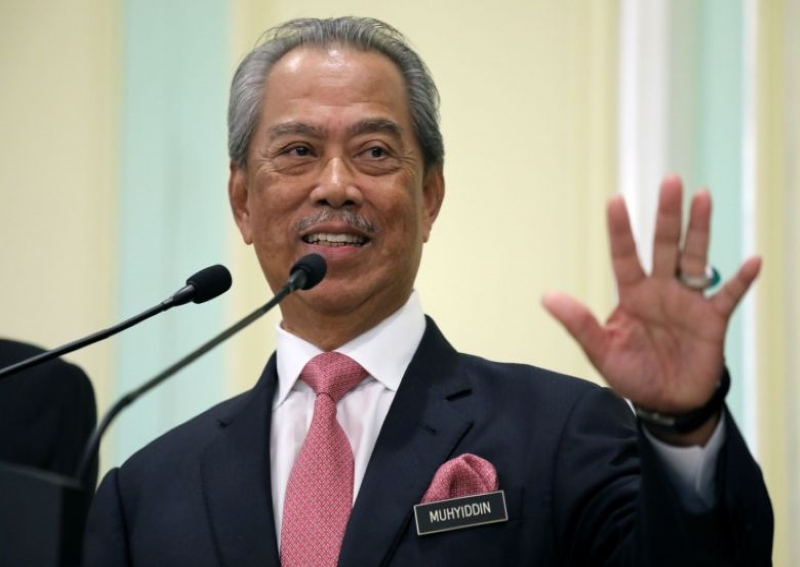 Perikatan Nasional dethroned the previous Pakatan Harapan coalition in March after factions within the then government exited to link up with parties in opposition, creating a new conservative coalition.

Since then, politicians, activists, news organisations and unionists have been arrested under various laws, actions condemned by the Centre to Combat Corruption and Cronyism.

“The FINAS Act was passed [in 1981] to help develop the film industry in Malaysia. Parliament intended it to be a catalyst to help filmmakers to improve the quality of production,” said lawyer Kee Hui Yee. “However, the ministry’s statement seems to suggest that the act is a censorship tool. Instead of pulling all these tricks against the media, the government should use facts and numbers to counter news they are not happy with.”

This call was echoed by the Centre for Independent Journalism, which urged the government to provide a factual rebuttal of the Al Jazeera documentary rather than using state apparatus to take action.

Moves to silence detractors, said human rights lawyer Mahajoth Singh, showed “a clear disconnect between the problem and the solution as the minister believes a heavy-handed approach will resolve the Al Jazeera reporting controversy”.

He also pointed out that on May 3, World Press Freedom Day, Saifuddin had pledged to protect the integrity of journalism. “With this move against Al Jazeera, he is now making contradictory statements,” Mahajoth said.