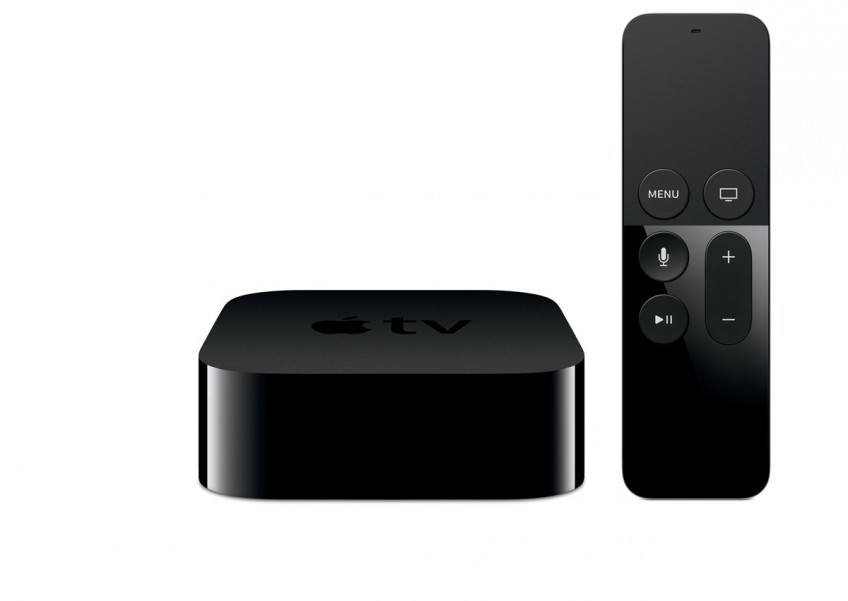 One advantage that the new fourth-generation Apple TV has is the tvOS ecosystem, which, the writer believes, will continue to grow.
Apple

Now into its fourth generation, the new Apple TV has its own operating system with the tvOS. It comes with its own App Store, so native apps can be installed in the device. The user interface is also as user-friendly as it is with iOS.

There is also a new remote control, which comes with a built-in accelerometer and gyroscope. The remote supports the Siri voice-recognition technology, but the feature is available only in the United States and seven other countries.

Singapore is not among them but you can still use the feature by switching to the US iTunes store.

The remote has a clickable touchpad and six buttons - search (represented by the microphone logo), menu, home, play, volume up and volume down. It also has a Lightning port for charging. Strangely, while the box includes a Lightning cable, there is no HDMI 1.4 cable.

The remote is light and easy to use. Navigating menus is a breeze. You can also use the remote to switch between apps or close apps.

To use Siri, you need to change the Apple TV's iTunes Store and region selection to supported regions, say, the US.

You not only can search for movies or music to play, but you can also search for the latest information on stock markets or your favourite basketball team's score. Press and hold the search button and ask, "Did the Golden State Warriors win?" and Apple TV will give you the scores for the Warriors' last match.

Most of the time, Siri was able to pick up what I was saying despite my Singaporean accent.

During a movie playback, you can command Siri to go forward or rewind by a specific time span, say, 10 minutes. You can even ask: "What did he just say?" if you missed out on a conversation. And it will rewind to the scene and show you the subtitles of what was said.

In terms of content for Singapore, the Apple TV has only the iTunes Store and, now, Netflix. It does not have the wide selection of services and Hulu, LeTV and PPTV found in other media streamers in this round-up.

However, the new Apple TV does have one advantage - the tvOS ecosystem, which, I believe, will continue to grow. Plus, if you have the iOS version of some of the apps, you can download them if there is a tvOS version.

I actually spent more time playing games than watching TV shows or movies on the Apple TV. At last count, there are over 70 games. The graphics of some tvOS games, such as GT: Spirit and Galaxy On Fire: Manticore, are just gorgeous.

I bought the Disney Infinity 3.0 (DI3) Starter Pack for Apple TV - not available here - from the US and it comes with the SteelSeries Nimbus Bluetooth Controller.

The Nimbus works better in most games, such as the racing game GT: Spirit and DI, where you need better control.

However, there are some games like Beat Sports, where you use the Apple TV Remote to hit a virtual ball, as you would with a baseball bat in real life.

The biggest downside is Apple's limit of 200MB for the tvOS app. As a result, a lot of these games need the user to stream the content.

I waited for 30 minutes for DI3 to load before I could play the game. This can be frustrating.

Another shortcoming is that the Apple TV does not support 4K content.

• It might be more expensive than the rest, but the Apple TV(4th Generation) is the most elegant and, potentially, the most comprehensive media streamer.

This article was first published on Jan 27, 2016.
Get a copy of The Straits Times or go to straitstimes.com for more stories.