Nitin Murarka doesn’t own a Realme smartphone. But the university student is so impressed with the brand that he founded a Facebook group called Realme India, which has more than 12,000 members. Most of them are owners of Realme handsets or people who are actively considering buying one.

“Though I don‘t have a Realme device, it is definitely my favourite brand as of now,” said Murarka, an aspiring journalist who works for a wholesale business for plastic goods in the eastern city of Muzaffarpur. He also runs another Facebook group for Xiaomi’s entry-level brand Poco .

“I have recommended Realme phones to my friends and family … [Realme offers] amazing value for money,” he said.

Like Murarka, many Indian consumers only came to know Realme two years ago, when the new Chinese brand debuted in India.

Rather than choosing to launch on its home turf, the Shenzhen-based phone maker introduced its first device – the roughly US$200 (S$300) Realme 1 – exclusively on Amazon India. It reportedly sold out within two minutes.

Since then, Realme phones have been selling like hotcakes in the country.

By the last quarter of 2018, Realme shot into the top five bestselling smartphone brands in the country, beating out its more established sibling Oppo for fourth place, according to research firm IDC.

It slipped slightly the next year, but Realme still retained its place within the top five, trailing only Xiaomi, Samsung, Vivo and Oppo – all of them much older brands.

Realme’s quick ascent has led to comparisons with Xiaomi, currently the reigning smartphone brand in India.

The Beijing-based competitor is another company beloved for its range of low-cost devices under the Redmi and Poco brands. The similarity in offerings hasn’t gone unnoticed by the country’s budget-conscious consumers.

“Realme came to beat Redmi, and they have done so,” said Murarka, who uses a Redmi phone that he won in a giveaway. “Poco makes much bulkier devices … Realme has done a better job at designing the phone.”

It’s a remarkable trajectory for Realme, barely two years old. But the company didn’t exactly come out of nowhere.

It’s part of Chinese conglomerate BBK Electronics, whose extensive portfolio includes not just Realme and Oppo, but also Vivo and OnePlus. While OnePlus is the only one of these brands with a notable presence in the US, they have all achieved recognition in markets outside China. 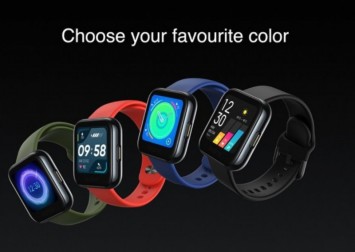 Realme maintains that it operates as an independent brand, separate from the rest of BBK. But Realme’s manufacturing supply chain is backed by Oppo, according to Counterpoint Research analyst Flora Tang.

And experts say Realme’s ties with Oppo have given it a powerful beachhead wherever it goes.

“Some of the new brands just came to the market and the [sales] channel players don’t know these brands,” IDC analyst Will Wong said. “And so if they have connections with Oppo, it’s easier for them to form partnerships and enter the market.”

Realme itself is helmed by former Oppo executive Sky Li.

As the story goes, Li used to go on overseas business trips for Oppo. In some countries, he saw that young people were primarily using low-end, poorly designed and unbranded mobile phones.

The experience inspired him to launch a project creating smartphones specifically for younger consumers. It eventually became Realme.

“We mostly want to provide young people with products that combine trendy designs with superior performance,” said Chase Xu, Realme’s vice-president and global marketing head. “That’s why our target group is young people, and students form the core of this group.”

Realme’s products aren’t the most cutting-edge devices you can buy. Rather, they belong to a category of budget phones made for consumers who don’t want to break the bank while still aspiring to some of the more advanced designs and features found on premium handsets.

The brand’s latest slogan is “Dare to leap”.

Want a phone with 65W fast charging? Indian consumers can buy Oppo’s Find X2 flagship for about US$880. Alternatively, they can pick up the Realme 7 Pro, a phone that charges just as quickly for US$270.

Back home in China, where Realme started selling last year, it recently introduced the world’s cheapest 5G smartphone at under US$150. Xu said the company is also planning to bring it to other countries.

“At Realme, we’re always daring ourselves to take high-end features found on devices from a different price range and put them in our own products,” Xu said. “We want to bring everyone new products that have a surprise element to them.” 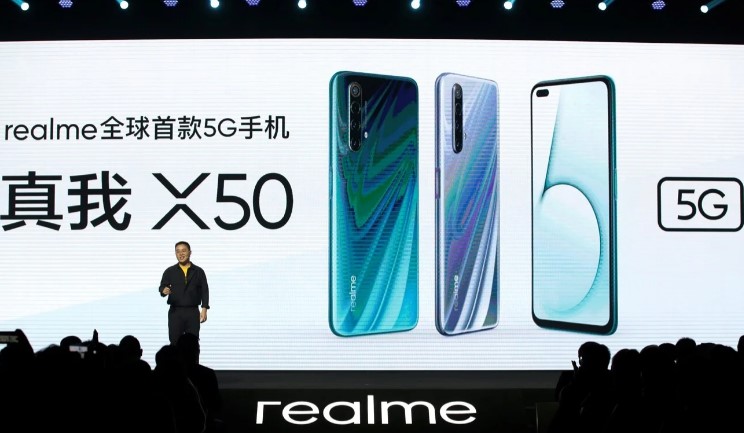 Realme’s consumers may not be paying much, but its strategy of focusing on offering more value for less money has proven fruitful – and not just in India.

In the most recent quarter, Realme was among the top five smartphone brands by shipments in eight other countries. That includes Southeast Asian nations Malaysia, Thailand, Myanmar, Indonesia and the Philippines, where Realme topped the list, IDC figures show. It ranked fifth in Ukraine and Egypt.

“[Realme] are targeting the low-end segment and also have well-designed products, which help them attract those young consumers,” said IDC’s Wong.

“What they mainly focus on is the less-than-US$200 low-end segment. This segment has a huge consumer base in Southeast Asia,” he said. In the first quarter of the year, more than 60 per cent of smartphone shipments to the region belonged to that price range, he added.

But Realme says competitive pricing isn’t the only key to its success. The company also tweaks its products to account for cultural differences.

In Russia, for instance, it added NFC to some phones. NFC chips are less of an issue in some markets like China, where mobile payments are primarily done through QR codes.

Realme also modifies its phones to account for preferences in India that favour storage capacity and audio quality. 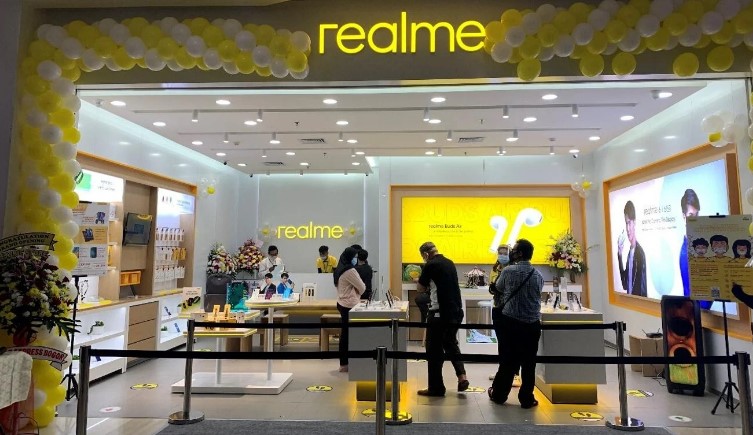 The young brand is now selling in more than 60 countries across Asia, Europe, Africa, Latin America and the Middle East. In most places, Xiaomi is still considered its biggest rival.

Not only do both brands excel at cheaper devices. Realme is also expanding its product line to include non-smartphone products like wireless earphones and TV sets.

It even sells luggage and electric toothbrushes. This mirrors Xiaomi’s “ecosystem” , which now consists of an extensive line-up ranging from dish washers and toy robots to bed frames and trainers.

“Realme’s existence and future is about creating an ecosystem for young people to live in,” said Realme’s Xu. “That’s why we make not only smartphones, but also use Internet of Things as a starting point and platform to create a hardware and software-based ecosystem.”

A Xiaomi spokesman declined to comment on Realme’s strategy, but he said that Xiaomi’s Redmi line offers mid-range devices in addition to low-end products.

“Redmi has been trying to bring products with the best price-to-performance ratio. We will just focus on this,” he said.

For now, though, Realme still has a lot of catching up to do if it plans to grow further. Giants like Samsung and Huawei have shown rivals the importance of brand image. 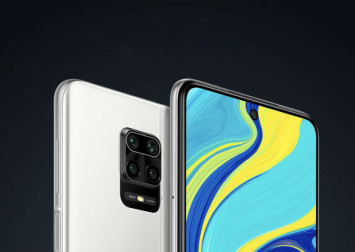 Having fancy flagship devices, even though they aren’t affordable to everyone, makes a brand more prestigious in the eyes of consumers.

It’s something that the likes of Xiaomi, Vivo and Oppo have been working on, with varying degrees of success.

“Having a high-end image will bring a positive ripple effect so that when consumers see this brand, they will have confidence in it,” IDC analyst Wong said. “If they always compete in the low end, their market size and also their unique share will be limited.”

Realme will have a harder time vying for attention in more sophisticated markets, according to Counterpoint’s Tang. Hundreds of millions of people in India have yet to buy their first smartphone , making it easier for a new brand like Realme to succeed, she said. Expanding in a mature market like China has been far more difficult.

Realme admits that returning to its home market has been challenging.

“The Chinese market is like a sea of blood,” said Xu.

“In terms of product design and performance, the competition is extremely fierce … As a new brand coming back to China, we need a little bit of time for more people to accept and like Realme. It’s a difficulty we face in such a concentrated market.”

Still, the Covid-19 pandemic has highlighted the importance of the Chinese market. While global demand has plunged during the crisis, China has emerged as a bright spot. The country is projected to buy more than two-thirds of the world’s 5G smartphones this year, according to IDC. 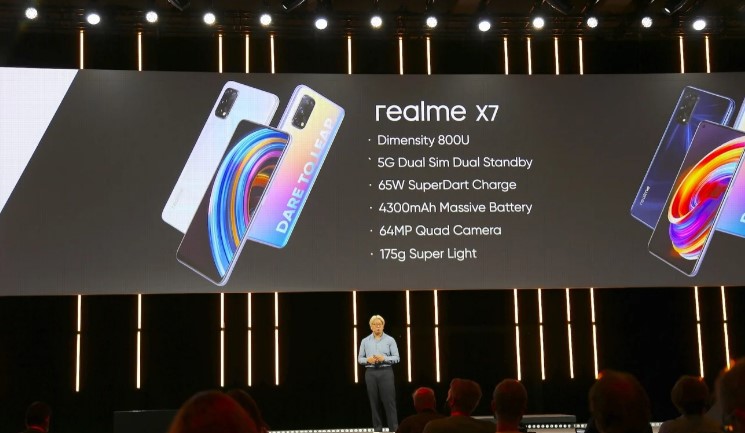 The outlook isn’t as bright outside China.

As with all Chinese brands, Realme is confronting the fallout of the coronavirus pandemic and anti-China sentiment in some places. In India, relations with Beijing have been especially strained after a deadly border clash in June.

Realme insisted that it has no plans to adjust its strategy.

“We have positioned ourselves as a global brand since day one,” Xu said. “It won’t change just because of unexpected events.”

“We have no control over these events. But we hope that all the conflicts will end as soon as possible. We hope everyone can look at these issues in a rational manner.” 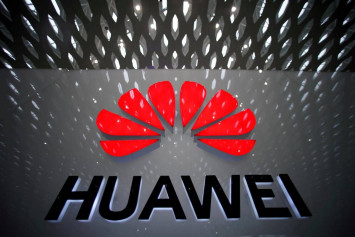 The view is shared by Murarka, the owner of the Realme fan page. While he said patriotism is playing into some people’s purchasing decisions, most entry-level smartphones are still dominated by Chinese brands.

“I personally am more concerned about data privacy,” he said. “My dad also doesn’t want to purchase a Chinese brand product … But it‘s very difficult to get value-for-money phones from a non-Chinese brand.”

As for the next phone he’s planning to buy?

“I might purchase a Realme X2 Pro for my dad in a sale,” said Murarka. “If I like the device, I will keep it.”