In the metaverse users generate content - but who owns it?

Everyone’s talking about the metaverse, but no one can define exactly what the term means, what it will offer users, and whether it will be a good thing or a bad thing for individuals and society.

Marketing executives, technologists and philosophers are offering their own visions of how things will evolve, but agreement is starting to emerge on one point.

The metaverse will be an interactive experience, like a video game, rather than a passive experience like a film. It will heavily feature user-generated content (UGC) rather than content manufactured for consumption by media and advertising companies.

Much of this content will consist of experiences created by users manipulating a brand’s intellectual property via “tool kits” – software that can be employed by code-savvy users to develop specific online content. Such things are already happening on the immensely popular online game platform Roblox.

“People don’t want to be shouted at. It’s not enough to be told about something, people want to interact and co-create,” said Tara DeVeaux, executive vice-president at digital marketing company Wild Card, at a recent Digital Media Wire (DMW) conference.

“Experience is king. You must avoid developing a lot of content yourself that no one wants to engage with, or worse, that does not even have an avenue for engagement.” The focus, added DeVeaux, should be on allowing users to interact with the content to construct a unique experience for themselves.

Big brands like Nascar, the US motor-racing company, are already doing exactly this in Roblox , where users can build their own games, using Roblox software.

Nascar put a toolkit for users to make their own Nascar games on Roblox , and were stunned by the creativity that resulted, said Tim Clark, Nascar’s chief digital officer, at the DMW conference.

The process entailed a big mind-shift for the company as, like most organisations, Nascar has guarded its intellectual property (IP), and has previously been unwilling to give up control of how it is used in case the results conflict with its corporate branding.

Read Also
Explainer: What is the metaverse? 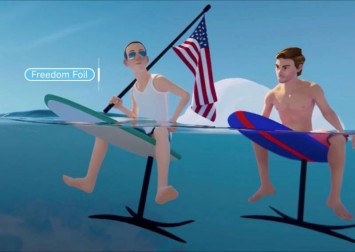 “We realised that we had to be a bit more comfortable with letting people use our IP,” said Clark. “We want people to love Nascar, and we decided we had to let them love it on their own terms.

“We have wanted to put the Nascar brand into Roblox for many years, but we always wanted to do it our way. Last year we decided to get out of the way and give the tools to the developers in that environment to see what they came up with.”

It was a big success, added Clark. “We saw the development of Nascar tracks, racing cars, helmets, apparel – lots of incredible things that, I hate to admit, we probably would never have come up with on our own.

“You have to be secure enough to let that IP go. It might not be done in the way you would do it yourself, and it might not be perfectly executed, but you have to accept that as a good thing.”

Such inclusiveness sounds refreshing, but UGC is creating some big headaches for media industries, especially the music business. This is down to rights issues.

If a fan, for instance, remixes a track by a favourite artist, and it goes viral, should that fan be entitled to some rights in the manipulated work in exchange for the creative work that was done, and, therefore, a share of the royalties – even though they are working from a track that was originally created by someone else?

Rights holders would rather that didn’t happen, of course, while users are all for it.

Nanea Reeves, an industry veteran who founded the wellness app Tripp, thinks that fans should be compensated. “If the fans build stuff, they should participate in the profits,” she said at the DMW conference.

Others are less sure, noting that if UGC creators acquire rights in existing products, the whole system would become impossible to administer.

One pundit pondered what would happen if a fan remixed an artist’s track, and then another fan remixed that; or Star Wars fans recut fan videos by other Star Wars fans. Would they be entitled to rights and royalties too? The metaverse could quickly become the messyverse.

References to the two big interactive gaming platforms Roblox and Minecraft often come up in conversations about the metaverse, and there’s a reason for that – modern games that focus on interactivity and 3D experiences are built on technology that seems to have been custom-made to power the metaverse.

The two primary gaming engines, Unreal Engine and Unity Software, have quickly positioned themselves as the technology to make it all happen.

“The tools that we use to create the metaverse are, in fact, gaming tools,” said Unreal’s Rafaella Camera at DMW. “The gaming world is at an advantage when it comes to anything connected with the tools side.”

Furthermore, gaming platforms like Roblox, with their millions of users and relatively simple development tools, could become the nexus for all other media to converge on. Such platforms plan to become an umbrella for games, music, movies and even events.

Roblox has already hosted virtual concerts by artists like Lil Nas X, who performed as an avatar, and it has also presented digital versions of events like the Brit Awards.

“Roblox is a parallel world where people are coming together to have gaming experiences, but they can also branch out onto new experiences like music, advertising, brands, education and work … Roblox encompasses every medium,” said Jonathan Vlassopulos, global head of music at Roblox , at DMW.

If the future is to be a digitised virtual experience, what does that mean for society – will the result be a dystopia or a utopia? To a certain extent the question is moot, as children already live part of their lives in virtual realities, so the future may well already be here.

“If kids see a screen, they will probably walk up to it and touch it to see if they can manipulate it,” said content expert Shannon Pruitt at DMW.

Many views of the digital future are dystopian.

John Hanke, chief executive of Niantic Labs, thinks full immersion in a virtual reality is a bad thing, although his position is tempered by commercial concerns – Niantic makes augmented reality technology, rather than virtual reality technology. (Augmented reality overlays digital experiences on the physical world, as with the mobile game Pokemon Go , a Niantic product.) 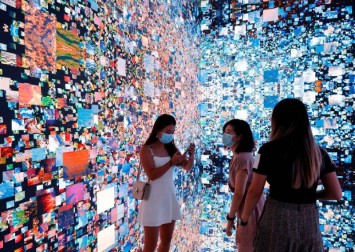 “We’re biologically evolved to be present in our bodies and be out in the world. The tech world we’ve been living in, exacerbated by Covid-19, is not healthy. We’ve picked up bad habits,” he said at DMW.

Not everyone agrees. David Chalmers, a philosophy professor at New York University who studies the digital world, says that the metaverse will be much like the physical world, in the sense that it will be a mixture of dystopian and utopian elements.

As with the internet, Chalmers says, there will be evil things and good things, and hopefully, the good will outweigh the bad.

Chalmers also feels that the experiences that we have in a virtual reality are just as valid as those we have in the physical world.

This is possible because free will and personal agency still exist in a virtual world, he says.

“In [the virtual world] Second Life you can make your own future. You can make plans, build relationships, build communities, act autonomously, and you can assert your free will like you do in the physical world … what happens in VR does really happen … the full scale of the human experience is available in VR,” Chalmers said.