No country for unicorns: Why tech startups in the Philippines are struggling

It should be on par with its neighbours. After all, it is home to 106 million people - the second-largest population in Southeast Asia. The country has a median age of 24.4, making it one of the youngest nations in the region.

Powered by its English proficiency, it has risen to become the home of business process outsourcing, with the world's largest companies tapping it for their labour needs. The young, robust market is internet-savvy, with its members spending an average of 10 hours a day on their screens - the most in the world, according to a global digital report.

But in spite of a market ripe for growth, the Philippines is struggling in the start-up innovation race.

Over the past decade, Southeast Asia has seen soaring investment. Venture-capital (VC) deals quadrupled from 126 in 2012 to 524 in 2017, according to a report by management consultancy Bain & Company. 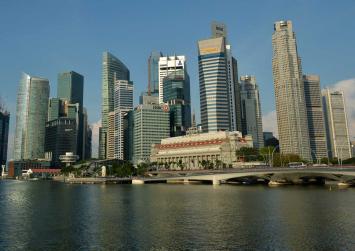 Money has poured in since the region began producing US$1 billion (S$1.4 billion) start-ups known as unicorns, with ride-hailing firms Gojek in Indonesia and Grab from Singapore the best-known examples.

Philippine start-ups have failed to attract the same attention. Last year, they lagged behind their Southeast Asian counterparts, locking in just US$31.3 million worth of deals.

The figure was a tenth of the number for Indonesian start-ups (US$2.93 billion), about a third of Thailand's figure (US$114.6 million), and also fell short of Vietnam's US$39.9 million, according to data analysis firm CB Insights.

While many surveys suggest the Philippines does at least have one unicorn - Revolution Precrafted, a property tech firm specialising in luxury prefabricated homes - it is largely seen as an anomaly.

#RevolutionPrecrafted took home the award for Startup of the Year in the recent #AseanRiceBowlAwards held in Bali, Indonesia!

The lacklustre performance can be partly attributed to the country's inexperience in the sector. Many pitches for funding were copies of successful start-ups in Silicon Valley, according to Minette Navarrete, President of Kickstart Ventures, the largest venture-capital firm in the Philippines. Some showing promise tended to fall for bad deals early in the growth of the business.

"I've seen less experienced founders giving away too much too soon so that their start-ups fail to scale when investors stopped providing funding," Navarrete said.

"I've met local investors who asked for dividends and return on equity at the first meeting," said Paul Rivera, CEO of skill-matching job marketplace Kalibrr. The start-up has raised US$9 million so far, but foreign investors provided the bulk of the funding.

Investors who understand the start-up community and are willing to provide capital remain few and far between in the Philippines.

A survey by public-private incubator QBO Philippines of the local start-up ecosystem revealed that there were fewer than 100 official VCs and angel investors in four key start-up hubs in the country, including Manila.

"Some founders may seek mentorship from entrepreneurs who may not have had experience in the start-up scene, and so they get traditional advice, which isn't always applicable to a start-up seeking scale early on," said Natasha Bautista, head of operations at QBO. "Scaling isn't always about turning a profit in the first year, which is still hard to understand for some local investors."

For a lot of Filipinos, the goal is either to go abroad or to work for others' businesses

A lack of risk-taking is also apparent among start-up founders. Bautista, who has led start-up roadshows in 15 cities across the Philippines with QBO, said that while there was general interest from the public in setting up companies, following through had always been a challenge.

"For a lot of Filipinos, the goal is either to go abroad or to work for others' businesses," Bautista lamented. "I feel we're not trained to have our own company."

Indeed, the two biggest contributors to the country's economy are remittances from overseas Filipino workers and the US$23 billion business process outsourcing industry that employs more than a million people.

Entrepreneurship is not always the first option for Filipinos, many of whom seek a more stable path.

"We need a real winner in the local start-up scene so that people may understand, from the government to the communities, what it takes to be a successful start-up," Navarrete said.

This is not to say there are no start-ups trying. In January, Gojek acquired a majority stake in Coins.ph, a bitcoin exchange and mobile wallet that helps users transfer funds and pay bills. Coins.phpositions itself as an alternative financial service for those without a bank account - which is 77 per cent of the population, according to the country's central bank.

Launched in 2014, the start-up has expanded to Thailand and had more than five million users as of last year. The Gojek deal was reportedly worth US$72 million. Kickstart Ventures was one of the early investors.

"Deals like that help give good publicity to Philippine start-ups. They give international investors insight into the activity happening here," said Vincent Lau, founder of Maria Health, the first insurance aggregator in the Philippines.

We wanted more than just a technology corporation, but a new brand closely related to individuals. In the Philippines, there is always a “Maria” looking after you. She is someone you can trust and rely on. https://t.co/IG38RaT0KX

Maria Health has similarly attracted sizeable investments from abroad, raising US$1 million so far, according to Crunchbase, a platform for finding business information.

Rivera echoes the sentiment, especially after encountering cases of foreign investors pulling out of deals as a result of the country's political climate.

"The Philippines' PR to the international community has not always been positive," Rivera said. "We have had instances where investors backed out, maybe because of what our president had said, or fears of potential instability."

But investors may be slowly warming to the Philippines. Since the start of the year, three venture-capital funds have been set up, two of which are led by the country's biggest conglomerates in a bid to take part in the buzzing investment activity in the Philippines and the rest of the region. In May, Kickstart Ventures launched the Ayala Corporation Technology Innovation Venture Fund, which is worth US$150 million and named after the diversified conglomerate owning Globe Telecom.

We're delighted to welcome @Ayala_1834 as our newest member: one of the Philippines’ largest&most diversified conglomerates. Thru its leadership in real estate, financial services, water &telecommunications the company has set the pace for inclusive growth https://t.co/hsGvgF5ihK pic.twitter.com/RBfiaIFGoo

A week later, listed conglomerate JG Summit Holdings, which has interests in retail, food and airlines, launched a US$50 million venture-capital fund.

While the two firms had investments in start-ups in the region before the funds' establishment, their announcements signalled the formal participation of the country's largest corporate players, a development long sought by the start-up community.

"It's a signal that we have serious money," Navarrete said. "The challenge now is to look for investible start-ups."

Policy-wise, the ecosystem is also transforming, after the government enacted the Innovative Start-up Act into law in April, institutionalising support for tech start-ups. Its Implementing Rules and Regulations (IRR) are still being processed, but the fine print already calls for subsidies in business-permit applications, visa programmes for foreigners establishing start-ups in the country, and even investment funding.

One of its most potentially impactful provisions is the establishment of the Start-up Venture Fund, which seeks to match investments made by selected investors in local start-ups.

This is similar to Singapore's long-practised state-funded investments which promise long-term returns for the country through various agencies.

More pronounced support and mentorship by smart, institutional investors and angels will be far more impactful than any legislation passed by the government

The law aims to solve the two most pressing problems local start-ups face in their first year of operations - funding hurdles and regulatory constraints - according to a 2017 industry study by accounting firm PwC.

While promising on paper, the start-up community is withholding its excitement as it awaits the IRR. For one thing, it may take a while before it gets fleshed out. Former senator Bam Aquino, the law's main author, said the government was hoping to have the IRR's first draft published by next month. That is already way past the initial deadline imposed by the law, which is 60 days after its publication.

Considering the government's past performance in crafting IRRs, it may be best for the start-up community not to hold its breath. In May last year, President Rodrigo Duterte signed a law seeking to ease ways of doing business in the country. Its IRR was published only in July this year.

"More pronounced support and mentorship by smart, institutional investors and angels will be far more impactful than any legislation passed by the government," said Justin Hall, a partner of Singapore-based venture capitalist firm Golden Gate Ventures.

"That, combined with successful entrepreneurs that reinvest their time, energy and resources in the ecosystem, will drive more value than anything the government can hope to achieve."