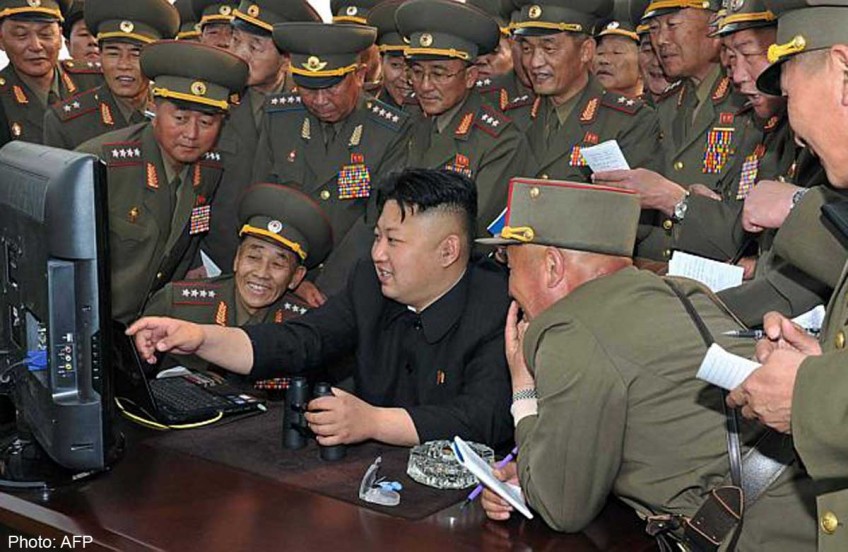 North Korean leader Kim Jong-Un (centre) looking at a computer in April as he inspects a shelling drill of a long-range artillery sub-unit. North Korea's connections to the Internet were cut for the second day running Tuesday.

WASHINGTON - North Korea's connections to the Internet were cut for the second day running Tuesday, according to a US Internet research group that has been tracking the country's struggle to stay online.

On Monday, North Korea had been cut off from the Internet for more than nine hours, triggering speculation that the isolated dictatorship had been targeted by a US cyber attack.

Washington has accused North Korea of being behind the hacking of Hollywood studio Sony Pictures, and President Barack Obama has promised a "proportionate response" to the alleged attack.

The cause of the outages in North Korea's already limited Internet access has not been confirmed, but experts said that the kind of crash it suffered resembles that caused by a "denial of service" attack.