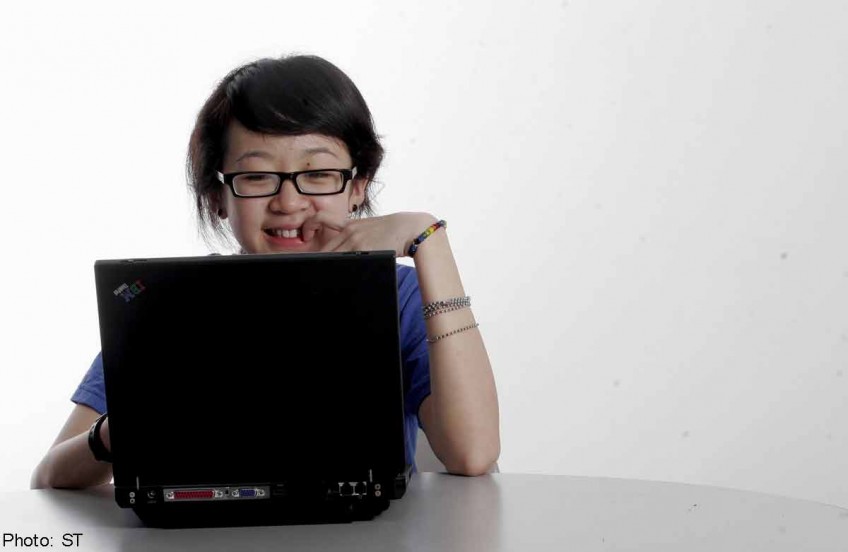 I once spent eight hours building my first personal computer and, when I finally got everything in place, the PC just wouldn't boot.

That was more than 20 years ago, when I decided to take my first steps into a hobby which would later influence my decision to switch careers and get into tech journalism.

What got me started was my love for video games. During my undergraduate days, I discovered the joys of Civilisation and Romance Of The Three Kingdoms and spent an inordinate amount of time in global conquest, often at the expense of reading up for homework for case law.

I was the king of the law-school library - in tech, not legal research - where I would edit DOS operating system files on giant 51/4-inch floppy disk drives to free up memory to run the games.

Friends would come to me for help and even though I knew only a little more than they did, it was enough to earn their respect. I didn't have my own PC then. The various libraries in the National University of Singapore, with their student PCs, were my digital playground.

So, when I (somehow) graduated, I immediately had withdrawal symptoms and the first thing I did was to buy my own desktop PC.

It was an Aztech computer with a 386 processor. At the time, the home-grown company was building and selling PCs equipped with their soundcards, which were competing against Creative's SoundBlaster. Even in those days, the pace of technology innovation was nerve-racking and a brand-new PC would be outdated in just over a year. I could either break the bank to buy a new PC every 18 months or so, or switch individual parts instead of the whole PC.

That's how I got started in building PCs. Fortunately, for me, there was John, my university classmate and a tech guru. He drove over to my place to help me iron out the kinks and jump-start my first PC.

It would not boot up because I had not pushed in some components firmly enough into the main circuit board. Experience matters, especially in building PCs.

Once I got started, there was no looking back.

I spent a lot of time experimenting with different components. Websites such as Toms Hardware and Anandtech became my daily destinations.

Discussing PC components with fellow enthusiasts was a favourite pastime, as was trying to get the best value for money out of every component purchased. We dealt in jargon which was even harder to understand than the law of torts, but I loved every moment.

I remember drawing lines on the AMD Duron processor - a trick to "overclock" it to run at a higher speed, much like the way car enthusiasts soup up their engines by modifying them. I was certainly not the most knowledgeable, but I knew enough to choose the right components and start building PCs for my friends.

As I grew older, I had less time to juggle work, play and family. My passion for PC building waned. As technology matured, the PC refresh cycle slowed. Then came laptops, smartphones and tablets; YouTube, Netflix and app stores. There were just too many distractions.

To this day, my primary work PC is still a DIY machine. My current gaming rig was put together by a friend who works for a leading tech hardware distributor here.

However, I have not forgotten the wonder years of building PCs and the problem-solving skills acquired in repairing them and keeping them in a tip-top condition.

This year, I will get my PC-building act back together. For this, I have my eldest daughter to thank. Since my wife gave her a science kit which teaches her about electrical circuits, my daughter has been exhibiting interesting geeky genes.

The science kit was just a toy to teach her about basic circuits with the components already laid out. The only thing she could do was move wires and switches around to light up a bulb or get a fan to move. She was soon bored.

Without any urging on my part, she dismantled the science kit and started building new circuits from the parts. This year, she built her own lava lamp.

First, she filled an empty plastic container with water. Then she stuck a multi-coloured lamp from an old battery-powered lantern at the bottom of the container's cover. She connected two wires from the lamp to a battery holder stuck at the top of the cover and added batteries.

Interestingly, the water did not short-circuit the lamp. It was not commercial grade, but it was certainly an achievement of which I am extremely proud.

So, last week, I sat her down and opened up my PC for her to see. We spent about half an hour discussing the various parts of the PC and I could tell she was as excited as I am about our upcoming project, which will start right after her PSLE examinations.

It may not be anything like a first kiss, but I am sure she will never forget her first PC-building bliss.

This business laptop by Acer has good value for money and a long battery life.