Five years ago Alex Cho was running the commercial PC business group at US tech giant HP – but some of his friends worried he was in the wrong job.

“I got an email from someone saying, ‘Hey, the PC is dead. What are you doing in the PC business?’,” recalled Cho, who has since been promoted to president of HP’s Personal Systems group, which covers all PCs, including laptops, accessories, services and software.

To some extent, his friends were right. The global PC market, which includes laptops, shrank for seven straight years from 2012 to 2018 – the year Cho took over HP’s entire PC business – according to market intelligence firm International Data Corporation (IDC).

Despite a mild recovery last year, the 266 million PCs shipped worldwide in 2019 was well below the market’s all-time peak of 364 million in 2011.

Little did Cho or his friends know that HP’s record year for shipments of PCs would come in 2020. The stay-at-home economy enabled by the Covid-19 pandemic saw the company ship more than 18 million units in both the second and the third quarters, according to IDC.

The California-based HP, formerly known as Hewlett Packard, and its Chinese rival Lenovo are the world’s top two PC makers.

Analysts and PC makers are now saying that Covid-19 is reversing the “PC is dead” narrative. The trend has even extended beyond the office, with doctors using PCs for online consultations because hospitals have discouraged non-Covid outpatients from showing up.

“If you want to see a doctor on some very acute issue that you have, you’re most likely doing it via a PC,” said Cho.

The change in consumer habits triggered by Covid-19 will also help push the PC market towards what is known as the device-as-a-service (DaaS) business model, where stand-alone purchases of computer hardware are more akin to subscription services.

PC shipments were in the doldrums

In a world where many people now require a work-ready tech set up at home, PC makers are morphing into IT solution providers by leveraging artificial intelligence and cloud computing.

Whatever label you give it, the PC business has a new lease on life.

Global shipments in the third quarter grew 14.6 per cent year on year to 81.3 million units, according to IDC, which counts desktops, notebooks and workstations in the figures.

“Had the market not been hampered by component shortages, notebook shipments would have soared even higher during the third quarter as market appetite was unsatiated.”

Over at rival research firm Gartner, they see a similar story. “This quarter had the strongest consumer PC demand that Gartner has seen in five years,” said research director Mikako Kitagawa.

The Singles’ Day shopping festival that ended this past week also provided a boost to PC sales, with Lenovo reporting 6.3 billion yuan (S$1.3 billion) in sales related to the event, a year on year increase of 77 per cent, with the bulk of the orders being for PC related products.

Read Also
8 monitors for your work from home set up - Dell, Samsung, Acer and more 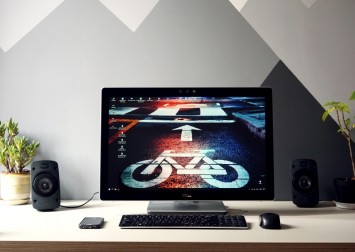 Some analysts are even shifting from counting the number of PCs per household to potentially the number per person.

Wilson Chow, global telecom, media and technology industry leader at professional services firm PwC, said the PC market has enormous room for growth that should continue even after Covid-19.

“In the past, a household would at most have one PC but now parents are working at home [so] they need their own PCs.

Their children may be taking e-classes [so] they also need PCs,” he said. “We are talking about a growing trend of one PC per person.”

But PC shipments will not rival smartphones in volumes any time soon. “Just for the three major [smartphone] players – Apple, Samsung and Huawei – they shipped 170 million units in Q3, in total,” Chow said.

More importantly, HP’s Cho said soaring demand will change the way people perceive PCs and how they are sold. He believes the DaaS business model will soon become mainstream because working both in the office and at home will be the new normal.

“Large companies and end users are saying some kind of hybrid work environment will be a more permanent part of how we work in the future,” Cho said.

Companies like Microsoft, Fujitsu and Twitter have gone as far as to allow employees to work from home indefinitely while others like Google are experimenting with the hybrid work-from-home model where employees do not have to go into the office every day.

Ensuring cybersecurity for home-based IT equipment will also be required before the new business model can take off and Cho said HP is focusing on this.

“We have AI-based technology where we can remotely get the telemetry of the device so we can anticipate problems such as a hard drive failure. We can make sure the security settings and policies are set,” he said. 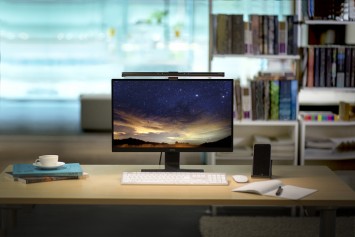 The DaaS model has been gaining ground in recent years and Covid-19 is accelerating its adoption. In 2015 the number of PC makers offering DaaS was zero but by 2019 that figure was 65 per cent, according to a June report from consulting firm Accenture.

Nicole Peng, Canalys vice-president of mobility, said that the growing interest in DaaS products is also born out of necessity.

“Given the enormous number of work-from-home employees, whenever they need IT services, their in-house IT department simply can’t handle these demands.

As a result, PC makers will pour more investment into finding ways to develop services for work-from-home professionals,” she said.

The revived PC market is expected to become even more competitive as cloud providers like Google and Microsoft expand their presence as the DaaS model takes hold, according to PwC’s Chow.

Shipments of Google’s Chromebooks, powered by its Chrome operating system, soared 90 per cent in the third quarter, according to IDC.

While most Chromebooks are manufactured by traditional PC makers such as HP and Lenovo, Google has its own line of PCs under the Google PixelBook brand, while Microsoft offers its Surface brand of notebooks.

“For the cloud providers, they may think about whether they should … embark on a PC or device type of market themselves, or will they collaborate with traditional device manufacturers to co-offer certain types of services,” Chow said.