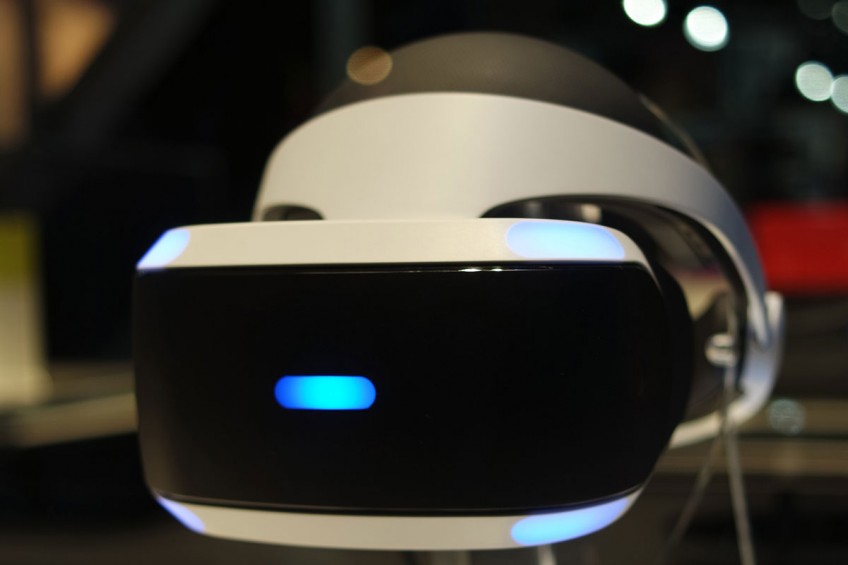 The PlayStation VR is part of a wave of virtual reality devices that will hit shelves early next year.

I also think it is likely to be one of the most commercially successful. This is because while most other headsets such as the Oculus Rift are not attached to any gaming company, VR leans heavily on the Sony brand. This means it attracts both big-name studios and indie developers to create content for it.

I got a sneak peak at a wide variety of VR content at TGS and, boy, does it look promising.

There was Capcom's bloody horror experience Kitchen; party game The Playroom VR; and even an, ahem, virtual female friend in Summer Lesson.

But the highlight of the show for me was Guerrilla Games Cambridge's RIGS: Mechanized Combat League. This PS4 exclusive made its debut at E3 earlier this year, and does not yet have a definite release date.

Just trying out the demo gave me goosebumps. A lot of popular shooters feel gritty and warlike, but this was the exact opposite.

The game is set as a spectator sport with superstar pilots and purpose-built stadiums for fans to cheer on their favourite teams.

The gameplay is simple, but what made me such a huge fan was how easily I stepped into the shoes of a rig pilot, and how completely immersive it felt.

Mr Green said that the sense of presence is one of the key features of the game. Donning the headset, I could clearly see and move my "arms" on either side of me, and I could move my head to adjust the targeting lasers.

The look-to-target "mechanism" is very intuitive and the game feels easy enough to pick up.

The speed of play, though, means that gamers will probably be swivelling their heads around quite a lot - something which could give more sensitive people a pounding headache.

Another game that will draw players is The Playroom VR, a bundle of fun multi-player mini-games that will be a hit at house parties.

I tried out Cat & Mouse, a five-player game with four DualShock controllers and one VR headset.

The cat (the person with the VR headset) has to move his head forward to pop out from behind a series of curtains to catch the mice, who have to stay still or risk being swiped away.

It will be launched on the same day as the PS VR, although pricing has yet to be confirmed.

Mr Nicolas Doucet, creative director and producer of the game, said that the main aim was to make the game accessible to anyone, young or old.

The PlayStation VR machine itself is a formidable piece of hardware. Like the Oculus Rift, the latest version has a 960- by 1080-pixel screen for each eye, and a maximum 120Hz refresh rate, the highest in the market right now.

It is easy to wear, and feels comfortable enough for long periods of use, with barely any light leakage if you adjust the set properly.

Unlike motion controllers such as the PlayStation Move, which failed to really take off, the PS VR is not just a novelty device.

It appeals to both casual and hardcore gamers, and can be used just as easily in a social setting or alone.

With solid game titles and Sony investing a lot in marketing and developing the hardware, it looks like a winner even at this early stage.