Tencent Holdings and Pokemon Company have unveiled a jointly-developed battle game for smartphones and the Nintendo Switch in a move seen by analysts as an opportunity for the Chinese tech giant to expand its leadership in mobile gaming to consoles.

Without disclosing a release date, the two companies said Pokemon Unite would be a free-to-play, online multiplayer title in which participants compete in five-versus-five battles with Pokemon creatures.

During an online press conference on Wednesday, the companies demonstrated how the game can let Switch owners and mobile gamers battle one another.

Daniel Ahmad, senior analyst at Niko Partners, said the tie-up is an opportunity for Tencent to go after both mobile and console gamers with what it does best: five-versus-five battle games such as Honor of Kings, its biggest success to date.

"[Tencent's] experience with battle games will be important for the 5v5 team battle experience anticipated in Pokemon Unite," Ahmad said.

"Pokemon is one of the largest IPs in the world and if this game is executed correctly it could become a hit among both existing and new fans on Switch and mobile," Ahmad said.

Mostly known as a mobile game developer, Tencent has been eyeing the console market in recent years as growth in the mobile sector slows. Nintendo and the Pokemon Company have been Tencent's most high-profile partners in its expansion into console games.

Liao Xuhua, gaming analyst at Beijing-based Analysys International, said that cross-platform play will be a focus of Tencent's gaming strategy in the foreseeable future as mobile gaming alone can no longer meet its growth target. 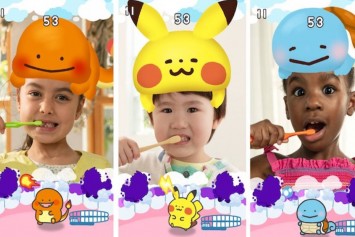 The worldwide gaming market is forecast to grow 9.3 per cent this year to reach US$159 billion (S$221 billion), according to market researcher Newzoo. Mobile gaming is projected to grow by 15.8 per cent to US$63.6 billion while console gaming is seen posting 6.8 per cent growth to reach US$45.2 billion.

Sho Sato, principal analyst at Media Create, said that allowing cross-platform play is also critical for Tencent to bolster sales of Switch in China, which have been sluggish because of government regulations.

"It will be important for the Chinese Switch market since they can acquire users through smartphones first, and then incentivise them to play it on the Switch," Sato said.

However, producing a cross-platform game that appeals to both mobile and console gamers is seen as an ambitious endeavour with few successful precedents. Epic Games' Fortnite is the only notable title which allows mobile gamers to compete with console gamers but complaints about fair play have been rife.

"One key concern is that Switch users should not have an advantage over mobile players because of the more advanced controls the console's controller offers," said Serkan Toto, CEO of game industry consultancy Kantan Games.

"We can only hope that Tencent has learned enough from previous experiences to make sure Pokemon Unite performs flawlessly on both platforms."

Cross-platform play was not possible as the two versions were very different.

Liao said the problem facing Arena of Valor on Switch was unlikely to be repeated for Pokemon Unite because the latter was being built with cross-platform play in mind from the start.

"It is very likely that Arena of Valor on the Switch was a test for Pokemon Unite. After all, porting a mobile game to console and building a game for both platforms from scratch are two different things," he said.