Icons of the WeChat and Weibo apps seen on a smartphone in this file photo. Media organisations that publish straight to social media have been the target of tightening internet content restrictions from Beijing.

Elephant Magazine and its affiliated PaperClip, two popular outlets that publish scientific content on Chinese social media platforms, were unavailable for users on Wednesday. No Chinese authorities have commented on the disappearance of the accounts, and it remains unclear what triggered the ban or whether it is permanent.

The ban was also a mystery to Elephant Magazine, which has sought a reason for the ban, a source with knowledge of the matter said on Thursday (July 15).

The shutdowns came as a surprise for many readers, as the blogs have steered clear of political topics in recent years, maintaining a distance from controversial issues since Elephant Magazine was briefly shut down several years ago.

This has allowed Elephant Magazine to grow its readership to more than a million people, according to data from New Rank, which tracks engagement data for Chinese content producers. Last week, its articles had more than 350,000 views on Tencent Holdings ’ WeChat, China’s largest social media platform. 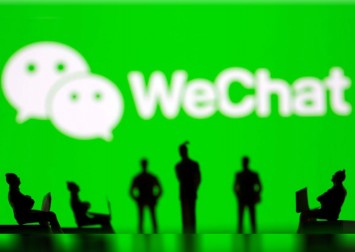 Engagement numbers for PaperClip, which was founded in 2017 by a former Elephant Magazine video producer, are not available from New Rank.

Without offering specifics, Global Times , a tabloid newspaper run by Communist Party mouthpiece People’s Daily , reported that the two blogs were targeted “under suspicion of spreading unverified information and smearing the efforts of the Chinese government”.

This marks the second take-down of Elephant Magazine, which started in 2013 as a public WeChat account, publishing articles on topics such as history, politics, science and lifestyle.

The blog was shut down for a week in 2014, which founder Huang Zhangjin linked to the publication of articles about Xinjiang and a member of the Uygur minority who resides in the far-western region. After that, Huang said the blog would “stay away from sensitive topics”.

The latest ban also targets Huang, a veteran journalist, whose Weibo account was suspended on Wednesday.

PaperClip has repeatedly been the subject of controversy. In 2018, it caught flak from nationalist netizens for not including Taiwan on a map of China in a video posted on YouTube, despite including the self-ruled island on a version posted to Chinese social media.

Controversy was again stirred up in March this year, when one of its videos about deforestation – produced in collaboration with the World Wide Fund for Nature, formerly the World Wildlife Fund – drew harsh criticism online for linking deforestation in Brazil to Chinese consumers’ growing appetite for meat, egg and dairy products. 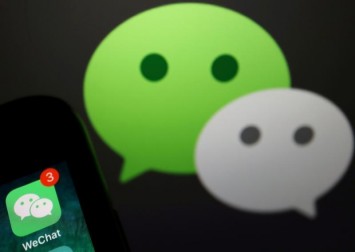 Last month, netizens also targeted PaperClip employees. One former employee was found to be working for the US Army Research Laboratory, they said, and another had a record of posting “anti-China” comments on foreign social media.

PaperClip apologised for both, reiterating that neither person currently worked for the company. After that, its social media services were suspended, with no new updates until its accounts disappeared this week.

Despite periodic controversy, most of the publications’ recent content was relatively anodyne. Recent articles from Elephant Magazine included content about how tuna became a popular dish and how to choose a university in China.

Before it was shut down, PaperClip’s last two articles were about the Shenzhou 12 rocket launch and how car airbags work.