The original Jabra Solemate has been out for a while (we covered its debut at Comex 2012) and this portable shoe-shaped speaker - hence the name - was one of the few rugged speakers out there that was dust-, shock- and splash-proof. 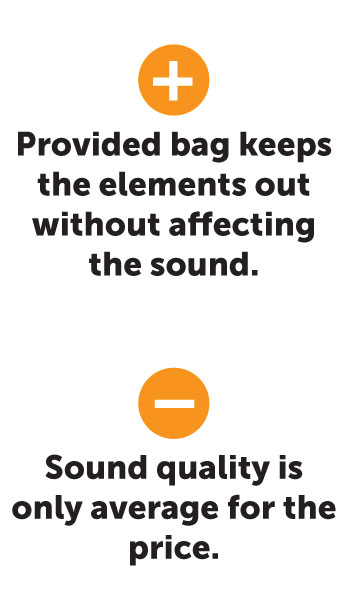 Otherwise, the removable sole still holds an included audio cable, and the speaker itself remains largely unchanged from its initial incarnation. Pairing by Bluetooth was a relatively fuss-free affair, and we didn't experience any connection drops throughout our testing.

We found that the Solemate focuses more on the mid tones and the high notes, handling vocals well on tracks like Adele's Melt My Heart to Stone and Hotel California by the Eagles, but sounding a little dry on the low frequencies.

Honestly speaking, we expected better bass given that the Solemate sports a dedicated bass radiator.

Besides our issues with bass, what you'll get is a no-nonsense performer that gives you 8 hours of playback whether you're at home or at the beach.