Tan Min-Liang, co-founder and chief executive of Razer, said the company’s impressive growth last year would continue to be sustained.

It took gaming hardware and digital services company Razer three years since its Hong Kong listing before it turned a maiden profit last year, thanks to a worldwide gaming boom as lockdowns kept consumers at home.

For Tan Min-Liang, co-founder and chief executive of Razer, it was a welcome relief.

The profit comes on the back of a loss of US$83.5 million in the previous year, while the revenues were fuelled by increasing demand, as well as market share gains for its hardware business and robust growth of its services business.

Tan told the Post that Razer’s growth last year exceeded all expectations as esports became an important outlet for many trying to scratch their competitive itch.

Likened to the Nike of esports, Razer raked in massive revenues from various online shopping festivals throughout the year. It sold over 200,000 of its premier esports mouse DeathAdder on Singles’ Day, the biggest online shopping extravaganza in China.

“We saw outsized growth for ourselves,” Tan said. “It was pretty unprecedented. And I think we still see consistent growth moving forward from here, but definitely it was ahead of our own expectations.”

Founded in 2005, Razer went public in Hong Kong in November 2017 . Backed by Singapore state investor Temasek, Razer had been posting losses every year despite continued revenue growth from 2017 to 2019.

Revenue from the company’s core hardware segment soared 51.8 per cent year on year to US$1.08 billion in 2020. Razer, which markets itself as “the leading global lifestyle brand for gamers”, sells everything from keyboards and mouse for esports athletes to webcams for streamers.

Tan said his company will continue to see growth this year.

“I think people in general have warmed up a lot more to digital entertainment, even gamers who wouldn’t necessarily have been gamers before. So it’s been a huge boost to our business. And I believe it will continue to do so even after things go back to normalcy to a certain extent,” he said.

Mostly known for its gaming PCs and peripherals, Razer been trying its hand at fintech in search of new growth. However, it suffered a major setback last year when it failed to secure a digital banking licence from the Singapore government.

The five permits that were available went to other bidders including Sea, the biggest public company in Southeast Asia spanning from gaming to e-commerce, and a consortium comprising super app provider Grab and Singtel, Southeast Asia’s largest telecoms operator.

Tan said that fintech remains a critical part of Razer’s business as financial services have grown to account for more than 20 per cent of gross profit.

“We do payments for games, and we do payments for youths and millennials. And that’s really the key focus at this point of time,” Tan said. He added that Razer will continue to explore opportunities with digital banks and other ways to augment its fintech business.

Tan also acknowledged that the US-China trade war over the past year has adversely affected Razer, which is one of the few foreign listed companies on the Hong Kong stock exchange. Today, the company has a market capitalisation of HK$20 billion (S$3.5 billion).

“Despite having great financials, we’ve been hit by the sentiments that drag down the entire [market],” Tan said. He added that when negative sentiment hit Chinese tech stocks, Razer, despite being a Singaporean and US company, had been adversely affected. 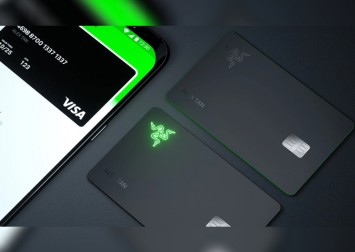 Last year, one of Razer’s major rivals, US company Corsair Gaming, became the latest gaming peripherals company to list in the US.

When asked whether Razer was not getting as much momentum as its peers in the US because it was listed in Hong Kong, Tan said that he believed Razer needs a bit more understanding from investors.

“I would definitely say [so]. I mean, if we were in the US, I think it would be a very different perspective,” Tan said.