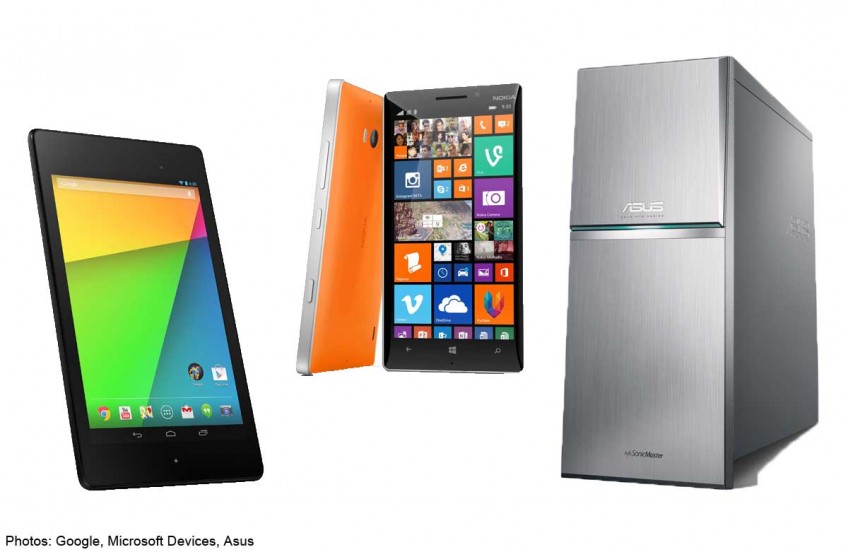 From Wi-Fi to Bluetooth headsets, the future is clearly wireless.

But more than a century after inventor Nikola Tesla demonstrated wireless power, we are still charging our electronic gadgets using power cables.

Not having to plug in a mobile device to charge it means less wear and tear on charging ports.

Wearable devices can also do without charging ports. Gone are frayed and tangled charging cables.

More importantly, wireless charging is simply more convenient. You leave the device on the charging pad or stand and it juices up. Done.

The downside: it is slower than charging via a cable.

Wireless charging has been around for years. Back in 2009, smartphone pioneer Palm sold a phone with a companion charging dock. But the fragmented nature of wireless charging technology has stunted its adoption.

Duracell Powermat makes wireless charging accessories for Apple iPhone and Samsung Galaxy devices. It belongs to the Power Matters Alliance (PMA), which counts Starbucks among its members. The coffee chain recently installed Powermat wireless charging pads in its San Francisco outlets and plans to expand to more cities in the US.

A third group, called the Alliance for Wireless Power (A4WP), includes tech giants such as Qualcomm and Samsung. Its industry clout got a boost recently after it snagged Intel as a partner.

A4WP is pushing a magnetic resonance technology, unlike its rivals' method, which uses magnetic induction. The A4WP way can charge multiple devices at the same time and does not require direct contact between device and charger.

But the technology is not yet available in any consumer product.

Fortunately, there are signs of consolidation. A4WP and PMA signed an agreement earlier this year to ensure that their standards will be compatible.

An outside bet is the start-up, Ossia. Its Cota wireless power technology taps the 2.4GHz band used by Wi-Fi to transmit power to devices. Ossia recently demonstrated the ability to transmit 1W of power over a distance of 12m without direct line of sight and through doors and walls, just like Wi-Fi.

But at the moment, the best solution is the one you can buy. And that happens to be the Qi standard, which is supported by more devices, including flagship smartphones from Google, LG, Nokia and others.

Take a step towards getting rid of those pesky cables, using these devices and accessories.

As for the wireless charger, Google sells an official Nexus charger for its phones on the Google Play store, although not in Singapore.

Asus, which manufactures the Nexus 7, does not sell its wireless charging stand here.

But these Nexus devices can be charged by any Qi-based charger, including those from other brands such as Nokia.

Nokia embraced wireless charging technology earlier than many of its competitors. It offers handsets and charging accessories using the Qi wireless power standard.

Chief among them is its latest flagship Windows Phone device, the $789 Nokia Lumia 930, a high-end smartphone with built-in wireless charging. Even the budget Lumia 635 ($239) has this feature.

Older Nokia phones, such as the Lumia 925 and Lumia 820, require users to use a back cover that has wireless charging support.

Charging accessories range from $88 for a charging plate to $128 for a soft wireless charging pillow from Fatboy.

While Samsung does not integrate wireless charging in its devices, it offers Qi-based covers and charging pads for several Galaxy S and Galaxy Note phones. For $108, you can get a wireless charging kit (charger and cover) for the latest Galaxy S5.

You just have to swap the back with a compatible version, though the wireless charging cover is usually thicker than the original.

Sony has a wireless charging kit for its flagship Xperia Z2 smartphone that consists of a charging cover and a charging stand. Unfortunately, it is not sold here.

Instead, Sony sells the CP-W5, a portable wireless charger that supports Qi-compatible devices. Just place your mobile phone on top of it to start the charging process. It can also charge via micro-USB if your device lacks wireless charging.

This desktop PC has an unusual feature - an integrated Qi wireless charging pad. Leave your phone on top of this computer to replenish its battery. The M70AD also comes with Near Field Communication so you can conveniently upload pictures from your phone to the PC at the same time.

Besides these features, this desktop offers the latest Intel Core processor along with dedicated graphics chips from either AMD or Nvidia. It is priced at $1,340.