In an effort to beat traffic congestion and commuter fatigue, Shanghai has deployed its first bus routes guided by Alibaba's artificial intelligence technology.

Commuters can buy a bus ticket via Alipay, the mobile payments service run by Ant Financial, and then AI algorithms produced by Alibaba crunch the data and generate the number of buses needed and optimal route for the No. 9 service between Songjiang district and Zhangjiang Hi-Tech Park.

Commuters first enter their preferred start and end location into the Alipay app. It then suggests the closest bus stops or alternatively, it is possible to generate a customised route. Passengers can also lock in their seats when they book a ticket in advance. The AI "Bus Brain" generates routes based on shopping history, maps and traffic information data.

Ant Financial is an affiliate of Alibaba Group Holding, the parent company of the South China Morning Post.

As China's biggest cities draw in more urban dwellers, traffic congestion has become a national problem - both in terms of working hours lost on the roads and impact on the environment. Shanghai was ranked as the eighth-worst city in China for traffic jams in 2018, according to a ranking compiled by amap.com and the Chinese Academy of Social Sciences, with a resident's average commuting time calculated at 85.27 minutes per day.

"'The Bus Brain automatically design routes, stations, and the number of buses to put on the road," said Cui Ting Ting, chief operating officer at Deer EV which operates the No 9 service. "Whereas a ride-hailing taxi serves around two to three passengers, the customised bus is a ride-sharing service for 40 people."

The estimated travel time on the No 9 bus service end-to-end is about an hour and a half, faster than the metro, and at a ticket price of 18 yuan it is much cheaper than the average taxi fare of 150 yuan (S$29), according to information cited by Chinese local media and confirmed by an Alibaba spokesman.

Traffic congestion between Songjiang district and Zhangjiang Hi-Tech Park during peak hours is extremely heavy, according to a Xinhua news report, which says employees at the science park often crowd the same route in private cars. 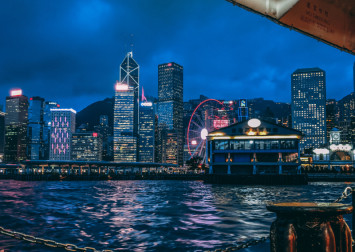 "Cities today need to develop by coordinating different mechanisms. A city is actually 'alive' and has its own life, and like any lives, it needs a brain to coordinate all the parts," said Wang Jiao, chairman of Alibaba's technology committee in an interview last year. "Cities need to deploy new infrastructure to drive sustainable development … City Brain is aimed at providing cities around the world with some of this new infrastructure."

China is pushing the adoption of smart city infrastructure as it ramps up competition in AI technology with the US, and in 2017 over 500 cities applied to introduce AI technologies in transport, security and finance, according to Xinhua news.

City Brain helps to coordinate traffic management systems, including traffic lights. According to the McKinsey Global Institute, cities that use these kinds of smart transport systems can reduce commuter travel times by around 15 to 20 per cent on average by 2025.

City Brain is already in place in several cities in Asia. In Hangzhou, one of the busiest cities in China and home to Alibaba's headquarters, implementation of City Brain in 2016 helped it improve from fifth-worst to 57th in terms of traffic congestion. In Malaysia, Alibaba teamed with Kuala Lumpur to implement City Brain last year.