That window of opportunity has come as the US-China trade war prompted a sharp acceleration of the trend to relocate manufacturing of goods out of China to lower-cost countries in Southeast Asia, as well as to India and Bangladesh in South Asia.

The Trump administration has placed tariffs on nearly half of goods imported from China, as Washington presses Beijing to further open up its markets and address long-running issues on trade, including the forced sharing of technology by foreign companies that want to operate on the mainland.

The "Made in America" rhetoric by the Trump administration has also benefited Zilingo because a number of US brands that wanted to move certain production outside China have decided to source directly from Southeast Asian factories. This strategy has allowed these firms to ship their goods to the US without the higher tariff burden imposed on those made in China.

It is a situation that has benefited the more than 4,000 factories that Zilingo currently works with in the region.

Zilingo's online platform provides a range of factories and suppliers geared for brands in the fashion industry. This supply chain includes providers of services such as inventory management, invoicing, logistics and payments.

The company takes a cut whenever a deal is brokered or a sale is made via its platform. Its business model effectively removes a lot of the agents that brands and factories alike used to deal with. It also ensures that profits can be more evenly spread among the suppliers in the fashion industry.

At present, Zilingo generates 80 per cent of its revenue from its business-to-business operation of matching brands with suppliers in Southeast Asia, India and Bangladesh. This service was recently launched in the US to attract more American brands to use Zilingo's network of suppliers.

The start-up also runs a business-to-consumer e-commerce service in six Asia-Pacific markets - including the Philippines, Indonesia and Thailand - where it sells both branded products and items from smaller merchants.

The firm has already raised more than US$300 million (S$407.6 million) in funding, with an eye to becoming a unicorn - a start-up valued at more than US$1 billion.

Bose said a big reason many factories in Southeast Asia and South Asia work with Zilingo is the technology the start-up provides to them.

"In China, factories are already tech-enabled," she said. "The rest of Asia is still catching up." 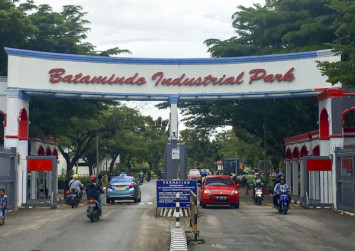 Helping factory operations go digital and making it easier to connect suppliers and brands have provided Zilingo with valuable data on the creditworthiness of companies, which has led the start-up to establish a financial technology operation.

Zilingo lends working capital to businesses on its platform, many of which may not be able to get funding from traditional financial institutions. For those companies that do not meet Zilingo's loan requirements, the start-up can provide the financial data of these users to other prospective lenders.

Bose said Zilingo is now looking to spin off its fintech business into a separate company within the next 12 to 18 months.

"Businesses don't want subsidies, they don't want discounts," she said. "They want credit, they want insurance, they want to have a sustainable and steady source of financing for their business."

"When you give well-meaning businesses access to capital, there's nothing more powerful than that."