For the past seven years, 70-year-old Singaporean Julia Lee has rarely travelled overseas. Her most recent trip was one night away, in neighbouring Malaysia.

Since being diagnosed with kidney disease, Lee has spent 10 hours each day hooked up to a 20-kilogram machine, making it difficult to move around.

Chronic renal disease results in a loss of kidney function, meaning the patient's body is unable to clear the blood of waste and excess fluids. Dialysis - the treatment Lee goes through which involves machines removing excess water and toxins from the patient's blood - is the only option for those whose kidneys are no longer able to perform their function, save for a kidney transplant.

Some like Lee, whose heart problems make her unsuitable for a transplant, have to rely on the treatment permanently.

"If there was a portable device that could be carried around and used at home, it would be more convenient for me," Lee said. "Maybe I would be able to travel more."

But a Singaporean company is offering new hope with its work on a portable artificial kidney weighing just 2 to 3 kilograms, as advances in technology begin to drive more human and machine interaction in health care.

Founded in 2007, AWAK Technologies is among a group of start-ups worldwide - including Sweden's Triomed, US firm Wearable Artificial Organs and Dutch start-up Nanodialys - that are looking into ways to make wearable dialysis machines.

AWAK is the only one from Asia, and it has made some headway in gaining recognition from both regulators and investors.

A year ago, its portable artificial kidney was granted "Breakthrough Device Designation" by the US Food and Drug Administration (FDA), a qualification that could expedite the development and review of certain medical products.

The start-up also recently raised US$40 million (S$53 million) in a series A1 fundraising round co-led by Vickers Venture Partners and an unnamed global medical product company.

The artificial kidney, worn externally, consists of a permanent pump and a disposable cartridge that acts as an advanced filter to clear toxins from the body. 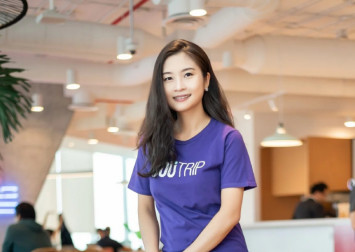 Like the machine Lee uses, AWAK's device carries out peritoneal dialysis (PD), one of two main types of dialysis. PD involves a solution being injected into the abdominal cavity to absorb waste products and toxins before being removed. The other main type of dialysis, haemodialysis (HD), involves extracting the patient's blood, cleaning it and returning it to the body.

Despite its smaller size compared to regular PD machines, AWAK's device can be used for seven to 10 hours a day. It only holds 250 millimetres of fluid but the cartridge can clean the toxin-laden fluid after it is extracted from the patient's body and push it back repeatedly, processing about two litres of the solution each hour.

Although the company said it has not studied the efficiency of this system compared to conventional PD devices yet, the one Lee uses processes half a litre of solution per hour and has to hold a larger amount of fluid as it cannot be reused.

There is a large potential market for AWAK's product: about 2.6 million people worldwide underwent dialysis in 2010, and the population is projected to double by 2030, according to a 2015 Lancet study. 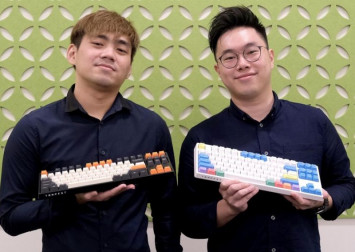 To be sure, the new device still has some limitations. Although AWAK enables patients to work, attend school and go shopping more easily than before, possible contamination from the environment remains a concern.

As with conventional PD treatment, patients will need to find a clean place to reduce the risk of contamination, according to Sydney Tang, a professor of renal medicine at the University of Hong Kong.

However, as there are no more connections between the patient's body to the device than conventional PD, "the risk of contamination should not be higher" theoretically, he said.

According to AWAK chief executive Suresha Venkataraya, the device tested safe in the most recent clinical trial in 2018, although this was conducted in a controlled environment in the Singapore General Hospital and patients were not allowed to leave the centre.

The company hopes to conduct further trials in about 12-18 months with the aim of getting government approval in Singapore, Venkataraya said, adding that one of its biggest challenges was recruiting patients for the trials. 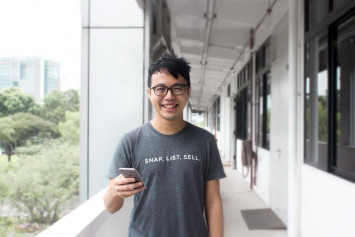 If its upcoming trials are successful, AWAK could be the first to successfully launch a portable PD machine of this kind. But several of its competitors may also be close: a spokesman from Nanodialysis said that the company expects to launch its wearable PD device in 2022, first in Europe and then in Asian countries like Japan and China as well as the US, while Triomed completed a trial of wearable PD devices with five patients in 2018.

Lee said she would be excited about a portable dialysis device but price is a concern. The monthly cost of her current treatment, including machine rental and the dialysis fluid, is S$2,000.

This is mostly covered by national health care programmes as well as subsidies from the non-profit Kidney Dialysis Foundation, she said.

The price of the AWAK device has not been determined, although Venkataraya said the company wants to make sure that the cost can be covered by medical insurance in each market. 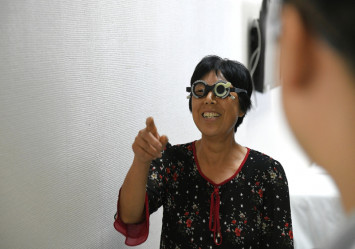 After launching in Singapore, AWAK hopes to introduce the device in Hong Kong, Australia, Europe and the US, Venkataraya said, adding that Singapore and the European regulators generally approve products faster than the US FDA. AWAK still does not have a clear timeline for the US market, where it can take an average of three to seven years for a medical device to clear regulatory scrutiny and launch.

On the company's choice of its first market, Venkataraya said that while Singapore is not big, it does have high population density "where in one or two hospitals, you can find many patients and a lot of support".

Government support was also a factor: "The National Medical Research Council gave us a grant for the trial and Enterprise Singapore also gave us early grants and funding which we really needed. So the whole ecosystem was very supportive," he added.