Single-message app 'Yo' is what's up with investors 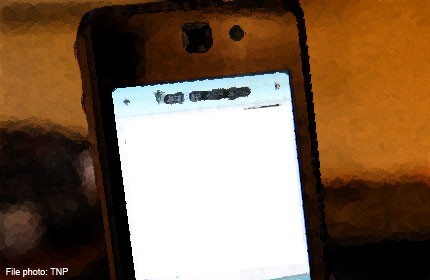 SAN FRANCISCO - A messaging app that allows users to send the word "Yo" to friends has discovered newfound fame and fortune.

San Francisco-based startup Yo, which got its start in Tel Aviv and moved to California after becoming a hit in Israel, boasted new backers on Friday as reports estimated its value as high as US$10 million (S$12.4 million).

Yo raised US$1.5 million (S$1.9 million) in an initial round of funding that included backing from Betaworks and Mashable founder Pete Cashmore, according to co-founder and chief executive Or Arbel.

"The value of this round goes far beyond the dollar amount that we received," Arbel said in a release.

"Bringing such incredibly smart, talented, and experienced people into the Yo team at this stage is an incredible advantage that will allow us to accelerate the growth and provide more and better value to our users." Betaworks explained in an online post that it was pumping cash into Yo due, in part, to a fascination with the potential of simple tools for single word smartphone notifications such as "yes" or "no." The Yo app has been woven into communications at Betaworks, according to founder and chief executive John Borthwick.

"We Yo with co-workers alerting them that a meeting is starting; I Yo with my wife as a 'hi' during a busy day," Borthwick said in an online post announcing the investment.

"I Yo with friends, without any more expectation or need than a Yo back."

US media reports indicated that backers included founders of China-based Tencent, but Yo did not disclose the entire list of investors.

The app lets users say "Yo" to their friends, sending them a text notification accompanied by a recorded voice shouting the greeting. Arbel has insisted the deceptively simple app has a lot of potential.

"People think it's just an app that says 'Yo.' But it's really not," Arbel told The New York Times.

"We like to call it context-based messaging. You understand by the context what is being said." Convinced his app has big prospects in line, he left his job as chief technology officer of stock trading platform Stox, which he helped launch last year, and moved from Tel Aviv to San Francisco to focus on Yo.

Arbel said the app could allow newspapers and blogs to notify subscribers that a new article has been published or posted, using a Yo.

Yo took advantage of World Cup frenzy by letting users sign up to get Yo notifications when goals were scored.

Reviews on Apple's App Store were positive, but some veered into sarcasm.

"Yo cured my cancer! Yo ended world hunger, Yo also helped me find the women of my dreams because when I yo'd her for the first time she asked me if I wanted to mate and produce spawns, yo is the reason I live and the reason I wake up in the morning," read a review featured along with a description at the App Store on Friday.

Applications available free for iOS or Android powered devices have reportedly been downloaded more than two million times and is used to fire off "yo" a similar number of times daily.

"Yo has been pushing forward at a rapid pace, focusing both on user acquisition and developing an API for businesses, brands, and other apps," Arbel said.