The Sony Xperia 1 III (pictured) was released in April. The company planned to launch its newest smartphones in China on July 7, but later apologised for the insensitive choice of date after a backlash.

Japanese tech giant Sony Group has apologised for scheduling its China marquee launch event on the same date that Japan invaded the country 84 years ago.

Sony announced on social media on Wednesday (June 30) night that it would host an event in China on July 7 to unveil its newest smartphones.

The announcement was quickly met with condemnation by Chinese netizens on Weibo, China’s top microblogging platform, as the date was also the anniversary of the Marco Polo Bridge Incident in 1937, generally considered to be the start of the Second Sino-Japanese War.

Sony responded with a post on Weibo Thursday morning, apologising for its insensitive choice of date for the event.

“Because of our inadequate preparation, our choice of date has caused much confusion and discomfort. We wish to express our most sincere apologies and we have immediately cancelled all related events,” the company said.

The impact of Sony’s poor choice of date was magnified because the original announcement was made the day before the Communist Party of China celebrated its 100th-anniversary. In the lead-up to the celebration, many promotional events have been postponed as a show of respect for the party.

“This is Sony’s gift to the party? How bold! Do they still want to operate in China?” one Weibo user wrote.

Sony’s blunder is the latest example of a Japanese company plunging itself into a public relations crisis in the world‘s second-largest economy over what patriotic Chinese consumers consider as war references.

Japanese gaming giant Capcom found itself in a similar situation in March 2020 when it launched its much-anticipated game Resident Evil 3, which used a three-digit passcode seen as a reference to a sensitive date related to Japan’s invasion of China before World War II. 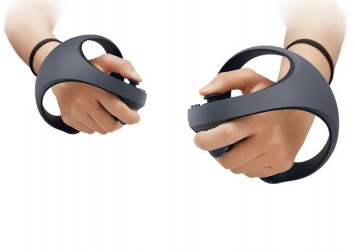 Many patriotic Chinese gamers were offended by the 918 passcode in the game, which they argued was a reference to September 18, the date of the Mukden Incident in 1931.

The previous month, popular anime and manga My Hero Academia , published in Shonen Jump , was also removed by its Chinese streaming partners Tencent and Bilibili after Chinese fans claimed that a new character in the manga was a reference to Japan’s biowarfare Unit 731 during World War II.

But there are also examples of Chinese companies that inadvertently offended Japanese consumers. Last year, Chinese smartphone maker Xiaomi released a controversial ad for the Redmi Note 9 , showing a man exploding into a mushroom cloud over Tokyo.

The resulting backlash from Japanese consumers led Xiaomi to pull the ad and apologise, although the smartphone maker said the ad was never meant for Japan.