Gaming giants Sony, Microsoft and Nintendo have penned a joint letter to the Trump Administration urging the removal of console games from a list of new products that may be subject to import tariffs if the trade war between the US and China escalates.

Console game consumers would pay US$840 million (S$1.1 billion) more as a result of the US government's proposed tariffs, which would cause a net US$350 million loss for the economy, the companies said in a public statement dated June 17 and submitted to the US government.

The tariffs would also harm the industry including console game manufacturers, developers and retailers, put jobs at risk and stifle innovation in the industry, according to the three console game giants, who compete as fierce rivals in the gaming market.

"While we appreciate the Administration's efforts to protect US intellectual property and preserve US high-tech leadership, the disproportionate harm caused by these tariffs to US consumers and businesses will undermine - not advance - these goals," the statement said.

The companies pointed out that over 96 per cent of video game consoles imported into the US were made in China.

The Trump Administration had threatened to slap new duties of up to 25 per cent on an additional US$300 billion of Chinese imports in a prolonged trade war between the world's biggest economies. However, the US and China have agreed to a trade war truce and talks will resume aimed at resolving outstanding issues by the end of the year, the South China Morning Post reported on Thursday, citing people familiar with the situation. 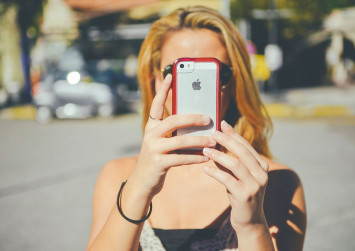 More than 300 representatives from industries that would be hit by the proposed new tariffs have testified before an inter-agency committee over the past week, while close to 3,000 additional written comments have been filed to the office of the US Trade Representative (USTR) from companies, including Apple and Fitbit.

China's social media this week was buzzing with surprise at the rare show of solidarity among the three fierce console rivals, calling it a "historical moment". On Weibo, China's Twitter-like social platform, the topic had been read more than 50 million times with nearly 20,000 posts published on Thursday morning.

Others poked fun at Trump's ability to unite people. "It's something the gaming industry has failed to accomplish for decades, and [Trump] made it happen," Weibo user Zhuanye Chuoluntai Xionglvshi wrote.

"I never expected to see a joint statement from these three companies in my lifetime, but sure enough, the great unity of the people of the world depends on President Trump," another Weibo user Zhang Yian wrote.

Nintendo is partnering with Chinese tech giant Tencent Holdings, the world's biggest game publisher by revenue, to enter the heavily regulated gaming market in China. In April Tencent was given permission to distribute Nintendo's New Super Mario Bros U Deluxe game, according to an announcement on the website of the Guangdong Provincial Department of Culture and Tourism.