Speakers of the house 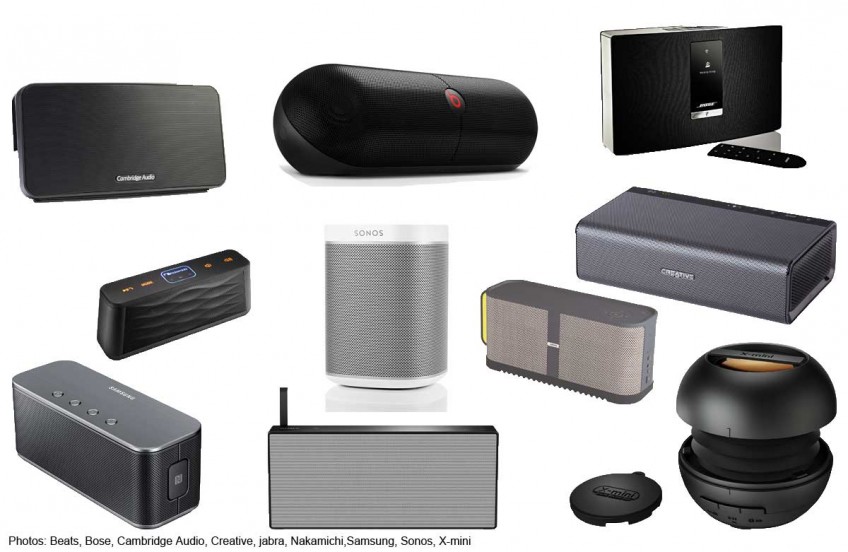 More powerful than headphones and packing more punch than the tiny speakers found in smartphones or laptops, portable wireless speakers have fast become a must-have accessory for handheld devices.

They are good for a range of occasions including playing music at picnics in the park, barbecues by the beach or outdoor parties during festive seasons.

These days, you might spot the speakers, some just the size of a golf ball, mounted on bicycles, placed on car dashboards, used as default living-room speakers and sitting on tables at food centres.

Rather than just boosting the volume of music from mobile devices, some speakers also offer features such as hands-free calling, built-in battery charging for smartphones and direct music playback from a microSD card inserted into them.

However, the figures are not broken down by the features of the wireless speakers.

It is fair to gauge audio quality by speaker size. Speakers like the X-Mini Kai fit neatly in your pocket.

The Ultimate Ears Mini Boom is slightly bigger and works better in small rooms than outdoors, while the Philips Shoqbox, which is bigger than the Mini Boom, is a waterproof speaker meant for outdoor use.

For audiophiles who want a mix of portability and capability, there are the Beats Pill XL and Solemate Max that are reminiscent of cassette tape boom boxes of the past.

Bose and Cambridge Audio design their speakers more for home use but the devices can be moved around the home.

Models like the Sonos Play 1 are small wireless speakers that can be used only indoors as they do not have a built-in battery pack.

GFK Asia's Mr Gerard Tan, account director for digital world, said: "With the high penetration of smartphones in Singapore, there has been a surge in demand for complementary accessories such as speakers, especially the wireless kind that comes with Bluetooth pairing.

"With Singapore's sophistication, the ease and convenience of Bluetooth technology are definitely welcomed by today's high-tech users who seek to simplify processes and do away with the need for wires and cables."