Listed on the New York Stock Exchange a year ago, Spotify reached 100 million paying subscribers in the first quarter of 2019 but has still struggled with profitability.

Spotify Lite, which will be free to download, speeds up installation at only 10 megabytes in size compared to the traditional version three times larger, Cecilia Qvist, global head of markets at Spotify, announced at the Rise tech conference in Hong Kong on Tuesday.

Built for Android devices, the new app will be launched in 36 markets with India and Latin America as the key markets, Qvist said. "We are spending a lot of time trying to build the future of Spotify."

The Swedish music streaming service, which has 217 million users, is stepping up its efforts in emerging markets such as India and the Middle East to unlock further growth to build on its popularity in the US and Europe.

Read Also
8 tips to get the most out of Spotify 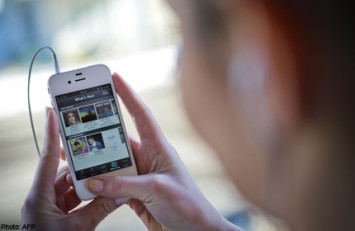 India is one of the fastest-growing regions for Spotify with 2 million users signing up after the launch in February this year.

Listed on the New York Stock Exchange a year ago, Spotify reached 100 million paying subscribers in the first quarter of 2019 but has still struggled with profitability, reporting a net loss of €142 million (S$217 million) for the period.

"Streaming is still growing and we are present in 79 countries and hopefully still counting. I do think there's a lot more to do - just look at the penetration of mobile phones as an example across the globe," Qvist said.

Localisation is key to tap into the new markets, with the company pouring resources into understanding the local ecosystem, consumer sentiment and music creators, she added.

In China, the world's biggest internet market, Spotify is working with Tencent Music Entertainment, the music spin-off of Chinese internet giant Tencent Holdings, through a cross-shareholding deal signed in 2017 in which the two companies took minority stakes in each other.

"We are very happy with that set-up," Qvist said of the collaboration in the China market, as each company can grow their own business in different fields. "I think that was a good choice for both sides."

Unlike Spotify, Tencent Music generates only a fraction of revenue from music subscription packages, and instead relies heavily on services popular in China such as online karaoke and live streaming.