Spotify participates in Black Out Tuesday

Spotify has announced that it will support Black Out Tuesday.

It is a movement created in the American music industry designed to protest against police brutality and racism following the death of George Floyd at the hands of the police.

Spotify released a statement in their newsletter, saying: “We are using the power of our platform to stand with Black creators, amplify their voices, and accelerate meaningful conversation and long-needed change. 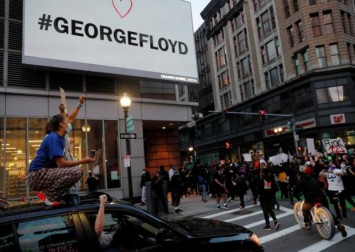 The post states that Spotify will add an 8 minute and 46 second track of silence to select playlists and podcasts to commemorate Floyd, which reflects the length of time that former Minneapolis police officer Derek Chauvin took to take the victim's life.

In addition, the streaming giant will also include a black logo and headline image on some of its flagship podcasts, including Today’s Top Hits and RapCaviar, along with all of its urban and R&B playlists.

This will serve as a central resource and home for music, playlists and podcasts such as Code Switch, You Had Me at Black and Higher Learning with Van Lathan and Rachel Lindsay.

Spotify also claims it will pause social media publication as a symbol of solidarity to remind listeners that things cannot remain status quo.