Surveillance state: 18 of the world's 20 most monitored cities are in China

China is home to 18 of the world’s 20 most monitored cities and over half the surveillance cameras in use globally, according to a study by British technology website Comparitech.

But while the use of live video surveillance continues to grow, the study said that more cameras do not necessarily reduce crime rates.

“A primary argument in favour of closed-circuit television (CCTV) surveillance is improved law enforcement and crime prevention … [But] a higher number of cameras just barely correlates with a lower crime index,” it said.

The study compared the number of public surveillance cameras with the crime indices reported based on surveys by Numbeo, a crowdsourced database. 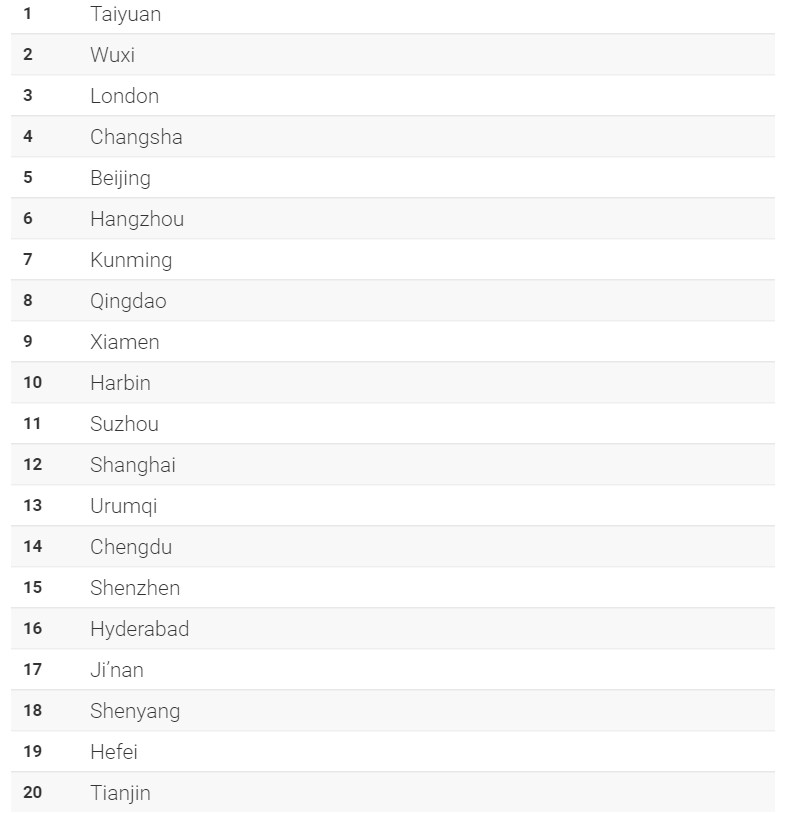 China’s national video surveillance system, which authorities claim is intended to keep the public safe, has equipped the country with more than 20 million cameras, Chinese state media reported in 2017, with millions more expected by 2020.

But social science research suggests that there is little correlation between expanding a video surveillance network and reducing crimes, said Severine Arsene, an adjunct assistant professor at the Chinese University of Hong Kong who researches Chinese digital policy for the Centre for China Studies there.

Mass installation of CCTV supports a public policy focus on petty crimes in public spaces, such as theft and aggression, she said. But cameras cannot catch crimes that happen elsewhere, like financial crimes and tax evasion.

“While it may have a deterrent effect, in some cases it just means that crime is displaced to an area without surveillance, rather than just cancelled,” Arsine said.

Beijing, which has 1.15 million cameras, topped the list in terms of the number of cameras installed – around 60 cameras per 1,000 people – followed by Shanghai with 1 million.

But Taiyuan, capital of the central province of Shanxi, and Wuxi, in Jiangsu province near Shanghai, were the two most surveilled cities in the world on a per capita basis.

Of non-Chinese cities, London ranked third while Hyderabad in India took 16th place, according to the research.

A separate report by IHS Markit, a data provider based in London, said China had one camera installed for every 4.1 people in 2018, while the United States had one per 4.6 people.

Yet technologies that automatically identify people might be used to target dissidents or even ethnic minorities, not just criminals on the loose, she said.

“It is essential to have solid checks on whoever is in charge of CCTV systems – which is precisely something missing in a regime like China.

“We need to consider the possibilities for abuse, such as stalking, blackmail, deletion of evidence, as well as gradual expansion of the scope of surveillance beyond initial intended uses.”

The government should build more inclusive societies with equal access to education, culture and health care, instead of trying to patch problems with ever more surveillance, Arsene said.

It should also outline clear regulations around the use of CCTV in public and private spaces with limitations on how that data was collected, stored, accessed and used, she said.