Tencent Holdings latest cost-cutting move reflects how the company is keen to slash expenses where it can.

Tencent Holdings, China's most valuable company, will cancel free breakfast and dinner perks for its contract personnel in line with efforts to cut costs, according to two such employees who received that internal notice.

Those personnel, who are outsourced by third-party firms to work at Tencent for a predetermined period and sum of money, were told that they will have to start paying for meals from Aug 15, according to the two employees, who both declined to be named because they are not authorised to speak to media.

Shenzhen-based Tencent, which runs the world's largest video gaming business by revenue and China's biggest social media platform via multipurpose super app WeChat, did not immediately respond to a request for comment on Thursday (Aug 4).

It is common practice for technology companies in China to outsource certain projects, such as testing software, to contract personnel who are not entitled to receive the same benefits as regular employees on a company's payroll.

Tencent had been offering free breakfast to both regular and contract employees at its office canteens since 2017. The free dinner perk was implemented in October last year, according to the company, which had a total headcount of 116,200 at the end of March.

On the mainland, generous perks like free meals have helped make Big Tech firms more attractive places of employment than other enterprises.

Tencent's latest move reflects how the company is keen to slash expenses where it can, following its disappointing first-quarter financial results that showed nearly zero revenue growth because of regulatory uncertainty and economic headwinds. 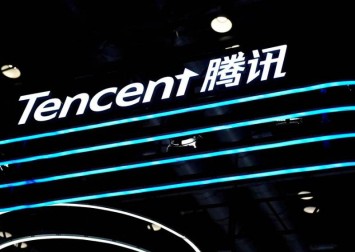 Shares of Tencent in Hong Kong gained 3.11 per cent to HK$312 (S$55) on Thursday, as most firms in the latest quarterly earnings season are expected to post strong results or a turnaround in outlook.

Tencent, which has failed to receive a licence for a new video game for about 14 months, already initiated job cuts across various business units. The firm's recent round of downsizing is expected to be reported in its second-quarter results, which will be released on Aug 17.

Earlier in June, Tencent adjusted its salary policy to slow the pace of pay rises. Employees are no longer entitled to an "immediate" salary increase after a promotion, according to the company's internal memo.

In March, Tencent president Martin Lau Chiping said the company would exit or streamline some noncore businesses to control headcount, which is a strategy that founder, chairman and chief executive Pony Ma Huateng reiterated during the firm's earnings call in May.