The new social networking apps, with features such as videos, online communities and e-commerce, will compete against established rivals like Bytedance and Kuaishou, which dominate China's short video market, as well as a crop of internet giants that are expanding into social networks.

The new Maohu video app is essentially a dating platform that gives users the ability to choose beautifying filters or overlay cartoon masks when streaming videos to friends or people nearby.

Tencent's version allows users to chat if they exchange a heart emoji with each other.

The third new product is a networking app called Youji, meaning life recording. It combines social media and online community features, allowing users to post updates on daily events or browse content based on their interests.

Separately, Chinese media reported that Tencent has another social media product in its pipeline - a content sharing and social e-commerce site similar to Weibo's Oasis and Xiaohongshu. Meanwhile, it is also testing Friends, a private social app that requires personal credentials including a diploma or a company letter for user verification.

Tencent declined to comment on its strategy for the new apps.

Tencent, whose WeChat and QQ messaging apps have 1.2 billion and 731 million monthly active users respectively, is seeing its dominance challenged by rivals such as Alibaba, Sina, Bytedance and JD.com, which have all expanded into the social network sector since the beginning of the year.

"WeChat and QQ are like huge ships … too big to change course to catch a new trend before others," said Matthew Brennan, managing director of consulting firm China Channel.

WeChat and QQ both saw quarter-on-quarter declines in monthly active users in September, while in the same month Chinese netizens spent 42 per cent of their online time using Tencent apps, down 4.2 per cent from the same month last year, according to a report from Chinese data analytics firm Quest Mobile.

"Compared to this time last year, Tencent has already seen its piece of the social app usage time pie shrink while that of competitors like Bytedance has increased," said Mark Natkin, managing director of Beijing-based Marbridge Consulting. "Tencent is savvy enough not to put all of its eggs in just one or two baskets."

From phone calls to text messages and now video, China has witnessed constant change in the way its population communicates. In response, tech companies have to constantly try out different apps if they want to catch the latest social media trend.

"In the Chinese internet industry, no company can afford to rest on its laurels," said Natkin. "Consumer tastes change over time, and old and new rivals are constantly launching new platforms that can erode your market share."

Tencent has faced many challenges to its dominance. The company lost the microblogging war to Sina back in 2011, but these days its biggest threat is from Beijing-based Bytedance, operator of the popular short-video platform Douyin.

Even in-house products have posed "threats" to existing company products, forming an important element of Tencent's corporate culture, where teams from different departments and business groups compete to achieve the same goal.

In 2010 Allen Zhang, head of Tencent's QQ Mail Mobile, led a team of less than 10 people to develop the first version of WeChat in just over two months, beating out two other teams with the same goal. Soon after, QQ was dethroned by WeChat. 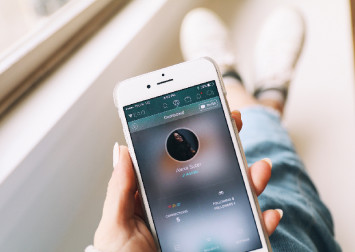 Tencent also fends off potential competition by blocking access to its ubiquitous WeChat, which has resulted in accusations of monopoly practices.

Early this year, links to three social media apps - Matong, Duoshan and Liaotianbao - were blocked from opening within WeChat's browser for "containing unsafe content and receiving user complaints", according to Tencent. None of the three potential competitors has been able to pose a serious challenge to WeChat.

"Social applications have a high rate of failure. Hundreds of WeChat challengers fizzle out, but it doesn't mean Tencent can stop trying," China Channel's Brennan said. "Innovations can still appear, often unexpectedly, so it's sensible for a company like Tencent to have new teams out in the field to explore the boundaries."

For more insights into China tech, sign up for our tech newsletters, subscribe to our award-winning Inside China Tech podcast, and download the comprehensive 2019 China Internet Report. Also roam China Tech City, an award-winning interactive digital map at our sister site Abacus.