Tencent makes it harder for employees to get pay rises

A logo of Tencent is seen at its booth at the 2020 China International Fair for Trade in Services (CIFTIS) in Beijing, China, on Sept 4, 2020.

Chinese social media and gaming giant Tencent Holdings, which reported flat revenue in the first quarter, has adjusted its salary policy to make it harder for employees to receive pay rises, according to an internal letter seen by the South China Morning Post.

As part of the change, employees who receive a promotion are no longer entitled to an "immediate" salary increase, and the salary review process has been pushed back by a month from June to July, according to the letter. The authenticity of the letter was confirmed by Tencent employees.

The internal compensation policy changes are the latest sign that China tech jobs, which traditionally offered generous packages and regular pay rises, are quickly losing their shine as the sector reels from regulatory crackdowns, an economic downturn and widespread job cuts.

Tencent, the most valuable Chinese tech company, is under pressure to cut costs after its first quarter profits halved from a year ago. The Post reported earlier that Tencent has implemented job cuts among its various businesses, including cloud computing and video content, while 100 people were laid off from its sports channels last month.

Tencent's workforce numbered 116,200 at the end of March 2022, up from 112,700 at the end of December 2021. The latest round of job cuts are expected to be reflected in the second quarter earnings report.

The Shenzhen-based company, which announced the companywide salary changes on Tuesday (May 31), told employees that the new policy was not meant to cancel pay rises, just "to give managers a more comprehensive perspective in the annual salary review". 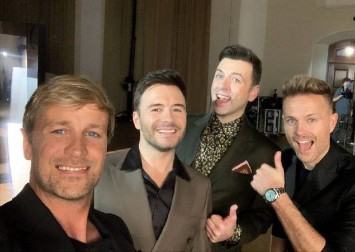 The review process, which will commence in July, will be part of employee performance assessments for the first half of the year. The employee's work contribution, their advancement of abilities, and the competitiveness of the compensation will be factors taken into consideration when granting a pay rise, according to the letter.

Tencent also noted that employees who were promoted in the second half of 2021 would have received their raises this April as previously promised.

Tencent employees used to receive a pay rise right after promotion, but now need to wait and prove to their managers that they deserve the extra money based on their performance, said one Tencent employee who declined to be named.

Before the latest pay adjustments, Tencent had previously made the assessment of its mid-level managers more stringent. In November 2018, as Tencent celebrated its 20th anniversary, the company said it would step up efforts to remove underperforming managers, and require a certain ratio of executives to be demoted each year to make room for young talent.