People walk past a Tencent sign at the company headquarters in Shenzhen, Guangdong province, on China Aug 7, 2020.

A Tencent Holdings employee sparked fresh debate online about the 996 overwork culture in China's tech industry after lambasting in a work group chat his team's plaudits of a colleague's recent 20-hour shift, pushing the company to respond that it would seek to improve work-life balance.

In his own account of the event that took place on Tuesday (Jan 25) evening and was widely circulated online, Fole Zhang Yifei said he criticised his team's praise of a colleague working "20 consecutive hours at high intensity" to release a promotional page and another "week of consecutive work" to make over 200 modifications to a product design. Zhang works on the team behind WeCom, Tencent's workplace app.

Zhang questioned his managers in an internal group chat of 600 employees on whether the excessive working hours were necessary, and he criticised management for promoting such a culture within the company. He also said that he would resign the next day.

"Have you taken into account the life and death of your subordinate when you scheduled the task?" Zhang asked in the group. "Turning chronic killing into an honourable incentive may be considered black humour, but every decision maker who made this happen is an accomplice."

On Wednesday, WeCom head Ted Huang Tieming, one of the managers Zhang targeted, said in the company's internal forum that long working hours are "not sustainable". He also thanked Zhang, who joined the team two months ago, for bringing up the issue, according to two company sources.

"I am very grateful to everyone who worked hard for the project and the product, and I am ashamed that everyone had to work so hard for it," Huang said. "This incident also reminds us once again that high-intensity work … will inevitably affect everyone's work-life balance and health." 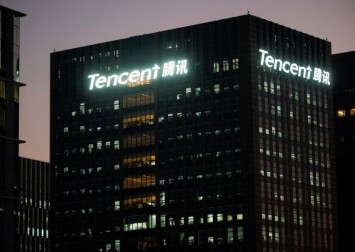 Huang also said management is already working to improve the situation with better work scheduling and planning and that he would later discuss reasonable working hours with team members. Appraisal of workers' job performance would not be based on work hours, he added.

WeCom is Tencent's workplace collaboration tool that competes with similar software like ByteDance's Lark and DingTalk, from Alibaba Group Holding, owner of the South China Morning Post. WeCom is used by 130 million people across 5.5 million organisations, according to data Tencent released this month.

Zhang's rebellion once again spurred discussions on social media about 996, shorthand for the Chinese tech sector's notoriously long working hours that refers to an unofficial but widely embraced schedule of 9am to 9pm, six days a week.

The incident was one of the most-searched topics on China's microblogging platform Weibo on Wednesday, with more than 250 million views and 320,000 discussions around the topic. Many netizens expressed their admiration for Zhang's stand against the tech giant, calling him a "hero".

"I'm grateful to young people like him, who help me believe that our society will change for the better," read one of the most popular comments.

Complaints of excessive working hours at tech companies have been rife on China's internet in recent years. A now-deleted collaborative spreadsheet that encouraged people to share information about their companies' work hours was widely circulated last year, drawing input from employees at Chinese internet giants including Alibaba, ByteDance, Meituan and Tencent.

Some tech firms have since started making moves to reverse the culture. In November, TikTok owner ByteDance asked its nearly 100,000 employees to start following a "1075" schedule - 10am to 7pm, five days a week. Employees must now seek permission to work overtime, as well, which is capped at three hours each weekday and eight hours on weekends.