Tencent Holdings, China's most valuable tech giant, has made significant inroads in its bid to attract a wider audience for short videos on its super app WeChat, as it seeks to challenge the dominance of TikTok's Chinese version, Douyin, and the country's second-largest player, Kuaishou.

The Shenzhen-based company said in its latest quarterly report that the volume of videos and total viewing time on Channels, its WeChat-based short-video platform, saw "significant growth", thanks to more entertainment programming and improved algorithms.

As Tencent works to boost the popularity of Channels, it has given short video content prominent visibility on WeChat, which has more than 1.29 billion users, and pushed user-generated content through its recommendation algorithms.

Data from Chinese analytic firm iiMedia Research showed that WeChat's video service has been growing rapidly in the past six months on the back of more concerts and entertainment content that draws on the resources of Tencent's music arm.

"It has helped lift Tencent out of the embarrassing situation of falling far behind in the short video field," said Zhang Yi, chief executive of iiMedia Research.

The growing popularity of Channels could shake up the Chinese short video market, which has been led by Douyin from ByteDance, the world's largest unicorn. Douyin, which has more than 600 million daily active users, is known for its powerful recommendation algorithm system that keeps viewers engaged.

Tencent's approach of using music and star power to grab eyeballs, however, is taking the competition to a new level. Not to be outdone, Douyin hosted a live performance by Singaporean pop star Stefanie Sun at nearly the same time as Tencent's Lo concert.

View numbers of Sun's Douyin session surpassed 200 million by the end of the event, according to metrics shown on the app, although the figures do not distinguish between multiple clicks by the same user.

"These two concerts actually showcased the fierce fight between the two platforms to attract viewers, with Tencent playing offence while Douyin is on defence," said Zhang. "Based on the current numbers, WeChat has been gaining momentum."

"WeChat is on the right track to use these concerts to pull users to Channels. It is a trump card," Zhang said.

Lo's concert was not the first success for WeChat. Two concerts from Mandopop star Jay Chou broadcast on Channels a week earlier had 47 million and 25 million viewers respectively, according to Tencent. The audience of the first concert alone would have filled the seats of 530 Wembley Stadiums or 3,800 Hong Kong Coliseums.

On April 1, the remastered version of Canto-pop legend Leslie Cheung's classic concert in 2000 was said to have drawn over 17 million online viewers. Channels' first breakout success, a live performance by Irish boy band Westlife, which was extremely popular in China in the early 2000s, attracted an audience of 27 million in December.

Tencent's choice of inviting musicians who were popular in the 1990s and 2000s also fits with the user base of WeChat's short-video section, which is older compared with Douyin and Kuaishou, Zhang said.

Channels also leverages the vast social media network on WeChat, which allows users to see posts and videos that their WeChat contacts have liked.

"The Covid-19 pandemic has disrupted offline live performances, which gave rise to online concerts," said Li Qingshan, vice-director for consumer research at EqualOcean, an investment research firm focused on China. "The live streams on Channels that became viral featured mega stars, and their appearances can easily strike a chord among a close circle of users with a shared memory of younger days."

Lizzie Hu, a finance professional in Shenzhen, said she felt a bit sad that she did not watch the Jay Chou concerts on WeChat two weeks ago because she spent the night out with friends, but she was among the millions of people who watched the Westlife concert.

"I would have tuned in if I had the time because I'm a bigger fan of Jay Chou than Westlife," Hu said, although she complained that watching on a smartphone is not the best way to enjoy her idol's concert.

While Hu said she is not a heavy consumer of short videos, she found herself watching more videos on WeChat recently because they have become more frequently shared in her group chats and across the social network. However, she does not want to watch too many of the videos recommended by algorithms.

"That is why I quit Douyin after a while, because it was like an aimless journey and you don't know what the algorithm will feed you next. It was very addictive and could easily take up too much of my time," she said. 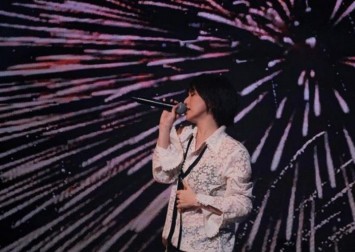