Tencent shuts down another app meant to compete with ByteDance

Chinese internet giant Tencent Holdings said it would shut down its Kandian platform on Aug 15, but some features would still be available on QQ.

Kandian will cease operations and shut down servers by the end of day on Aug 15 as part of “adjustments in business development strategy”, according to an announcement on the app. Tencent notified users to back up their data because they will be unable to use the app once it is closed.

However, Kandian content and certain services will continue to be accessible through the Mini World function of QQ, Tencent’s original chat app that has recently seen a resurgence in popularity among Generation Z.

Mini World is a short video function for QQ that remains in beta testing and is currently only accessible to certain users.

Tencent launched Kandian in 2019, offering a mix of social media, news and short video content through QQ and WeChat, along with a few dedicated apps. The Kandian app helped users create and edit the images and videos they wanted to post.

Kandian was one of Tencent’s efforts to contend with rising competition from ByteDance, operator of the news aggregation app Jinri Toutiao and short video platform Douyin, the Chinese version of TikTok.

The tech giant distributed three billion yuan (S$621 million) in subsidies to one million content creators on Kandian in 2020 to lure more users to the platform, which enabled Kandian to attract 240 million daily active users across its apps in March that year, with the average user spending 58 minutes on the platform per day, according to iResearch data.

Kandian has now fallen prey to Tencent’s efforts to cut noncore businesses and reduce costs amid the country’s weakening economy and the company’s stagnating growth. Tencent reported its slowest quarterly sales growth for the three months ended March since the firm went public in 2004.

The company’s content business has been one of the major targets of downsizing. 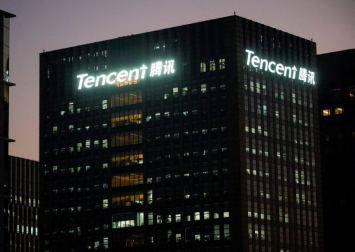 Tencent’s short video app Vue Vlog will also cease operations in September because of “an adjustment of the project team’s strategic plan”.

Started in 2016 with an initial focus on video shooting and editing technologies, the app later morphed into a live video-blogging online community in China. Tencent acquired the company for US$50 million (S$69 million) in cash in 2020.

Before these apps were shut down, Tencent restructured its news operations, changing the head of the unit and removing a handful of veteran editorial employees, according to an internal notice issued on May 23.

Also in May, news broke that Tencent was laying off about 100 people from its sports channels.

In March, Tencent president Martin Lau Chi-ping said the company would exit or streamline some noncore businesses to control headcount, a strategy that founder and CEO Pony Ma Huateng reiterated during the firm’s earnings call in May.