Tencent Holdings, China's biggest social media and games company, is stepping up its international expansion with plans for a mobile version of Call of Duty as regulatory pressure continues to depress sales in the China market.

Call of Duty, a first person shooter game originating from the hit video game franchise operated by US game company Activision Blizzard, will launch as a mobile version in the US, Japan, Europe, Latin America and Southeast Asia at an unspecified date, according to a Bloomberg report.

Call of Duty Mobile has undergone beta-testing in China and Australia and opened for preregistration globally in March, according to an earlier statement by Tencent. 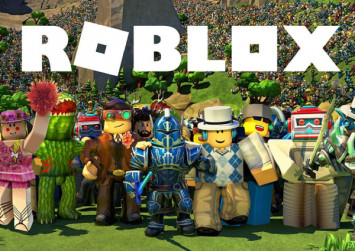 The game is Tencent's latest bid to expand into the international market as its domestic market continues to struggle in the aftermath of a stricter regulatory environment on game approvals as part of the Chinese government's effort to clean up online content, protect children's health and prevent gaming addiction.

Tencent's overall video games business, which accounts for one third of its total revenue, slipped 1 per cent year on year to 28.5 billion yuan (S$5.5 billion) in the first quarter of 2019. The company reported a 3 per cent decline in mobile games revenue to 21.2 billion yuan because of fewer new titles released.

Regulatory delays and the government crackdown on content have prevented Tencent from making money from the mobile version of the hit international battle royale game PlayerUnknown's Battlegrounds (PUBG). This led Tencent, which was PUBG's sole distributor in China, to close that title last month and launch a patriotic titled Game for Peace, which has similar game play and allows users to automatically migrate their data from PUBG.

Outside China, PUBG Mobile exceeded 100 million monthly active users in February, according to the company.

"Following the success of PUBG Mobile in international markets, we'll seek to identify other China developed games suitable for international publishing over the medium term," James Mitchell, chief strategy officer and senior executive vice-president of Tencent, said in a conference call after reporting first quarter earnings in May.