These smart gadgets could be invading your privacy without you knowing

With the rise of technology comes the addition of robots and smart gadgets into our homes that could potentially make our lives much better.

Recently, iRobots, the company that makes a robotic vacuum named "Roomba", made news when its CEO Colin Angle revealed plans to sell its maps to one or more of the Big Three - Amazon, Apple and Google - in the next couple of years.

Maps? What maps, we hear you say? You probably didn't know that your trusty vacuum cleaner is secretly mapping your home's floor plan. 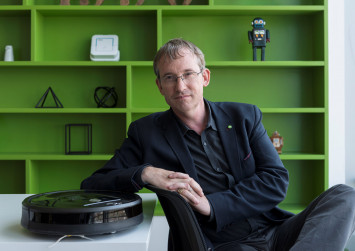 In 2015, iRobots released their flagship 900-series Roomba that had a camera, sensors, and software so it could build a map while keeping track of its own location.

But the maps aren't just to help the robovac clean your house better. They are useful information that companies are interested in obtaining, all in the name of giving you a "smart home".

"There's an entire ecosystem of things and services that the smart home can deliver once you have a rich map of the home that the user has allowed to be shared," said Angle.

The same idea can be applied across most smart gadgets as well. While the idea may sound good, here are some gadgets that could, instead, be invading your privacy without you knowing.

Smart TVs these days are appealing. Why restrict yourself to the schedule of television networks when you can freely watch videos and movies from the internet on the same screen as well?

But wait till you find out that your smart TV could be selling your data and making big bucks from it.

In 2014, consumer electronics company VIZIO installed softwares in its smart televisions to collect and sell viewing data from 11 million customers without their knowledge or consent, according to a report by US' Federal Trade Commission (FTC).

The company later agreed to pay US$2.2 million (S$3 million) to settle the charges by FTC and the Office of the New Jersey Attorney General.

Home assistants are the epitome of convenience. Whether is it the Amazon Echo, Google Home, or the Apple HomePod come December, you'll only need your voice to instantly control your home's smart appliances, play a song, or check the weather outside.

But that's the worry. If you can say "Alexa" or "OK Google" anytime you want and activate the home assistant, it means that the device is constantly listening to you.

While it may be comforting that any conversations made before the command terms aren't stored or sent over a network, there is always a chance that the device could be hacked and your privacy invaded.

Besides, information about your home and your personal habits could be collected too. Wouldn't it be creepy if your home assistant knew what time you went to bed yesterday, or what song you're singing to?

Having a CCTV installed in your house could be useful in several ways, such as watching your children or pets when you're out, or catching a burglar in action.

But as you watch your child at home through an internet-connected camera, someone else could be watching as well.

In 2015, a site titled "Big Brother is watching you" was found with live feeds from a thousand baby monitors, apparently created by hackers who gained access to the online cameras.

The same year, a couple in Indiana was disturbed to discover that their baby monitor was hacked after it started playing a song 'Every Breath You Take' by The Police, followed by "sexual noises", reported Fox59.

Although uncommon in Singapore, digital smart energy meters are installed in homes to send meter readings to an energy supplier for more accurate energy bills in Britain.

By 2020, every home in Britain will have been offered a smart meter from their supplier.

If accurate energy bills could translate into more savings, what's so bad about that?

According to an investigation by The Daily Mail, data on the use of gas and electricity that are collected by the smart meter are being targeted by marketing firms, where the information could be sold for profit.

Intimate information that can be analysed may include which rooms and gadgets are in regular use, when the homeowners are in or out, what time they go to sleep and even how many cups of tea were made - all of which could be used to market and sell related products to the home owners.

Of course, other digital devices like smartphones and smart watches wouldn't be spared from the potential of privacy invasion as well.

Nonetheless, the bottom line is that you consent to the usage of your information when you buy and use products, so the least you can do is to read the fine print under the 'Terms of Use' that comes with your device.