TikTok is cranking up its e-commerce efforts through online shopping campaigns in Singapore and Malaysia, part of expansion initiatives in Southeast Asia, as the short video-sharing app faces renewed scrutiny over its data privacy policies and struggles with its retail programmes in major Western economies.

The ByteDance - owned short video platform will conduct a week-long 8.8 Sale promotion from Thursday to mark Singapore’s National Day on August 9, according to a post last week by TikTok Shop , the popular app’s e-commerce marketplace, on its official WeChat account.

Besides local merchants, Chinese vendors keen to tap overseas markets are expected to benefit from broad exposure on TikTok’s latest campaign, which offers consumers free shipping and coupons with up to 88 per cent discount on merchandise. Merchants taking part in the promotion were advised to host live-streaming sessions in English, cater to local Singaporean culture and post short videos with special hashtags.

TikTok recently initiated a similar campaign in Malaysia. Chinese merchants were invited to join a 12-day sales promotion – Sama Sama! Hot Deal! – that started on July 25 and concludes on Aug 5. Merchants were advised to use special hashtags to boost online traffic for their fashion, household, cosmetics and electronic goods. They also benefit from lower shipping costs and discount vouchers from TikTok for live-streaming at least an hour every day during the campaign.

TikTok Shop, which was initially launched in Indonesia and the United Kingdom early last year, has expanded its presence to include Vietnam , Thailand , the Philippines , Malaysia and Singapore. That has made Southeast Asia the largest geographic coverage for TikTok’s e-commerce activities.

That move reflects how TikTok expects its e-commerce pivot to the region, especially among the major economies of the Association of Southeast Asian Nations (Asean), to prosper, compared with the platform’s experience in the West.

China has been the Asean’s largest trading partner since 2009 and accounted for 18 per cent of the total value of goods traded by the bloc in 2019, according to the Asean Secretariat.

The country’s cross-border e-commerce sector has also enjoyed explosive growth since 2020, when the Covid-19 pandemic fast-tracked the adoption of online shopping in overseas markets. Chinese exports via cross-border e-commerce grew 40.1 per cent year on year in 2020 and 15 per cent in 2021, according to data from the General Administration of Customs.

TikTok, meanwhile, has abandoned plans to expand its online retail operations in the US and major European markets like Germany, France and Italy, following its UK initiative’s failure to meet targets, according to a report last month by the Financial Times.

In June, TikTok also came under fire from employees at the ByteDance-owned social media platform’s London offices over allegations of excessive workload and a comment made by a male executive about maternity leave.

Still, TikTok Shop’s online retail activities in the UK are expected to continue. In a WeChat post last month, TikTok Shop touted its successful sales campaign in the country between June 27 and July 3.

That post also said TikTok Shop will take part in upcoming retail promotions in the UK, including Black Friday in November and the Christmas shopping season in December.

Read Also
Think you're safe? TikTok user shows how useless locks are on some luggage bags 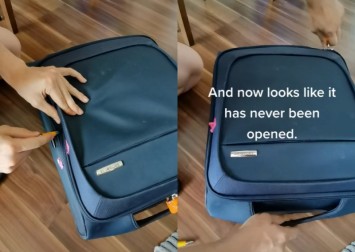 TikTok, which has more than 1 billion monthly active users worldwide, has also found itself dealing with increased scrutiny in the West over data security practices. Complaints have recently grown louder from various politicians, media outlets and research agencies, reaching a level not seen since the administration of former US President Donald Trump tried to force a sale of TikTok’s operations in America .

British Foreign Secretary Liz Truss, the top contender to become the UK’s next Prime Minister, said last week that she would crack down on Chinese businesses like TikTok if elected leader. Brendan Carr, a member of the US Federal Communications Commission, in June publicly requested Apple and Google to remove TikTok from their app stores over data security concerns.

Australian cybersecurity firm Internet 2.0 last month accused TikTok of collecting an “excessive” amount of user data. Researchers from the firm said the app checks device location at least once an hour, continuously seeks access to contacts even after a user denied previous requests, and maps all installed apps on a device.

In June, Singapore-based TikTok chief executive Chew Shou Zi wrote to nine Republican senators to point out how the app has addressed data security concerns . Earlier that month, TikTok said it completed migrating information on its US users to the servers of American tech firm Oracle Corp.