ByteDance, the world's most valuable start-up, said on Monday it is developing a smartphone, following a deal it made with device maker Smartisan Technology.

That plan comes as the Beijing-based company behind popular short-form video-sharing app TikTok, known as Douyin in mainland China, expands into new sectors beyond video and news apps.

In a statement, a ByteDance spokeswoman said a smartphone had been part of development plans.

"The product was a continuation of earlier Smartisan plans, aiming to satisfy the needs of the old Smartisan user base," the spokeswoman said. 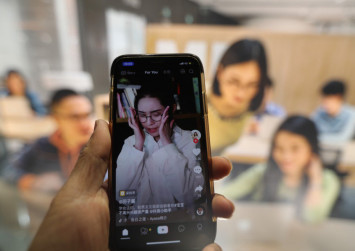 The ByteDance smartphone had been in development for seven months, according to a report on Monday by a subdivision of Chinese financial news outlet Caijing. That effort is being led by Wu Dezhou, a former executive at Smartisan, the report said.

Earlier this year, ByteDance acquired a set of patents from Smartisan. Some Smartisan employees also transferred to ByteDance, as part of what the start-up called a "normal flow of talent".

Smartisan is a niche player in China's highly competitive smartphone sector. The privately held company, which is also based in Beijing, is best known for its flamboyant founder Luo Yonghao.

Founded in 2012, ByteDance has risen to become a leading player in the country's technology industry, rivalling the likes of Baidu and Tencent Holdings in influence.