Cockroaches are near-indestructible little creatures. These hardy insects have existed since at least 320 million years ago, outliving dinosaurs. A cockroach can also carry loads of up to 900 times its body weight, shrink to a quarter of its height to fit into small crevices and live for a week without its head.

Inspired by the qualities of this humble bug, a group of researchers from China and the United States have created a prototype of a fast-moving and near-indestructible miniature robot, which could potentially replace sniffer dogs in detecting people trapped in rubble after a major earthquake or similar disastrous event.

Researchers from China's Tsinghua University and the University of California, Berkeley, published their study on so-called soft robots in the academic journal Science Robotics last week.

"Although the cockroach is an annoying pest, it has certain interesting features, including the ability to move fast in a narrow space and being hard to squash," said Zhang Min, an assistant professor at Tsinghua University's Graduate School in Shenzhen and one of the study's authors, in an email interview. "These features inspired us to develop a fast-moving and robust soft robot."

Their work on soft robots was conducted under the Tsinghua-Berkeley Shenzhen Institute partnership, an initiative to collaborate with global researchers on fields such as environmental science and new energy technology.

Scientists have long taken inspiration from insects, including cockroaches, for engineering robots. Researchers from UC Berkeley previously developed a palm-sized, roach-like robot - about 20 times the size of the bug - for rescue use in 2017. 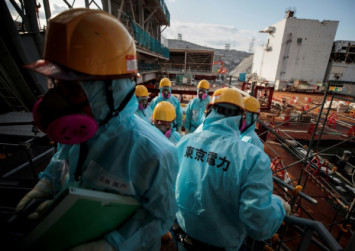 By comparison, the new prototype achieved breakthroughs in terms of size and more importantly, the speed and robustness.

The latest robot, which is about the size of a postage stamp and weighs less than one-tenth of a gram, is composed of a flexible piezoelectric thin film and a polymer skeleton with two legs.

Despite its petite frame, this prototype showed the fastest speed among insect-scale robots in a similar weight range, as well as "ultra-robustness", according to Lin Liwei, a professor of mechanical engineering at UC Berkeley who directed the research, in a separate email interview.

It can move as fast as a cockroach with speeds of up to 20 body lengths per second. It also continued to move after it was stepped on by an adult human weighting 60 kilograms, which is about 1 million times heavier than the robot, according to the study.

Those features sets up the robot for potential application in disaster relief, a field in which its size, agility and resilience would be invaluable to help detect survivors trapped beneath the rubble in catastrophes, such as major earthquakes.

Earthquakes have caused much devastation in China, a seismically active country with the world's biggest population. For example, about 87,000 people died and more than 370,000 were injured when a magnitude-8 earthquake struck Wenchuan, a county in southwestern China's Sichuan province, in 2008.

While the robot is currently attached to thin cables for power, the researchers are working to integrate a battery and control circuit to get rid of the existing wire in its design, helping expand its use in other applications.

"We want to make the robot carry small sensors, like a gas sensor, to provide it with more functions," said Zhong Junwen, a researcher at UC Berkeley and one of the authors of the study, in a separate email interview. "With such a sensor, the robot can detect harmful gas leakage."

This article was first published in South China Morningn Post.