A handout photo. Magnetic heating builds up huge pressure within the pill-like robot, creating a huge thrust that propels it along.

A Chinese research team says it has created the world's most powerful micro robot – a shape-shifting device driven by magnetic force that is able to travel within the human body and help address an array of health conditions.

The high-performance soft robot, which is just a millimetre long, can bounce or squirm within blood vessels to treat cardiovascular disease, among other potential applications, according to the researchers.

In contrast, the newly developed robot can produce an output force of 70 Newtons – 10 million times higher than traditional ones – but without sacrificing its softness, the team says.

This amount of thrust can discharge a bullet out of an old rifle or lift 20 cans of Coke.

The leap in performance takes scientists one step closer to solving real-world clinical problems, according to lead researchers Tang Yichao, at Tongji University in Shanghai, and Li Mingtong, at the Max Planck Institute for Intelligent Systems, in Stuttgart, Germany.

The secret of its high performance lies in the structure of the robot, which looks like a pill from the outside.

The shell contains soft iron oxide nanoparticles that heat up when exposed to a magnetic field, while the inside contains a biocompatible liquid with a low boiling point, Tang and Li explained in their team's research paper, published in peer-reviewed journal Advanced Materials last month.

The shell of the robot is mainly made up of silica gel containing neodymium particles, a highly magnetic substance.

The shell is not only stretchable, but can also move in a controlled manner under the influence of low-frequency magnetic fields manipulated from the outside.

When the outer shell is heated by a radio-magnetic field, the liquid inside boils into a gaseous state.

This phase-change process leads to a huge increase in the internal pressure, which then generates the high output force in a mechanism that Tang called "blowing balloons with a magnetic field".

This robot can be used to treat or even create temporary vascular blockages for medical aims, as indicated by Tang and his colleagues who built a model artery to demonstrate its workings.

The robot is first driven to a specified position, guided by a low-frequency magnetic field created by the scientists. Then, activated by the radio magnetic field, the robot swells to support or prop up the targeted blood vessels.

This proves its feasibility for potential use in human surgery, such as embolisation applications or to temporarily stop regional blood flow.

Another application could be as a reversible stent for coronary artery disease, a condition that affects millions of people worldwide.

Stent placement is currently one of the main methods for doctors to address conditions that require the widening of a blocked blood vessel to improve arterial flow.

Tang and his colleagues combined a millimetre-scale soft robot capable of self-locking with a sleeve possessing shape memory, in order to make a reversible stent.

Moving under magnetic remote control, the robot is able to trigger inflation at the site of targeted blood vessels to anchor the stent, while the elastic sleeve helps with the recycling and relocation of the device. 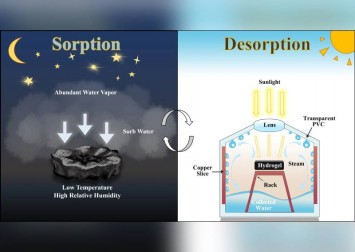 "Compared to traditional stents that require catheter delivery, and remain permanently in the body once released, the new stent can be repositioned or retrieved," Tang said in the paper.

"The anchoring force of this device at the expanded state is measured to be three Newtons, which is also higher than the performance of a vascular stent of a similar size [0.25 N]," he added.

However, while the potential applications bring hope, several issues still need to be addressed to broaden the functionalities and secure the safety of this magnetic robot.

"The operating temperature of the proposed robot is about 50 degrees Celsius [122 degrees Fahrenheit]," Tang wrote.

"We still need to regulate that to physiologically relevant conditions," he said, highlighting the need for "further examinations before long-term application".