Cleaning products are among goods in short supply at this supermarket in Wan Chai.

Toilet paper and dried goods are flying off Hong Kong supermarket shelves as shoppers prepare for the deadly coronavirus by bulk buying while limiting trips to save masks.

But many were disappointed to find rice and sought-after household sanitising items, such as bleach and disinfectant, continued to be in short supply.

Latecomers in search of toilet paper were greeted by empty shelves, after sales were partly spurred by online claims of ­impending shortages, which a major supermarket chain ­dismissed as a "solid rumour".

Most shoppers wore masks, with a cautious few taking the extra step of wearing gloves as they scoured shelves to fill their trolleys.

In Kowloon Bay, hygiene products including tissue paper, wipes, hand soaps and disinfectants were among the bestselling items in two supermarkets. Some shoppers also snapped up kitchen towels.

At Taste supermarket in Kowloon Tong, signs were put up reminding shoppers to limit their purchases of rice, bleach, hand sanitisers and disinfectant to two units each.

But these items were nowhere to be found when a Post reporter visited the busy store on Wednesday afternoon. The four shelves that once stored rice were instead filled with instant noodles, which some shoppers snapped up by the box.

Housewife Joe Ng, 37, said she was making bulk purchases for her family of six to minimise the need to go out. "We have only two weeks' supply of masks left," Ng said.

There were similar scenes of panic buying at supermarkets in Sai Ying Pun, where rice had sold out in multiple stores included ParknShop, Market Place by Jasons and Wellcome. 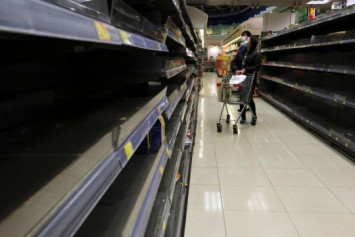 A saleswoman at Wellcome said staff restocked shelves with rice on Tuesday night but the supply ran out 30 minutes after the store opened at 7am.

By nightfall, some stores also ran out of toilet paper as the item was found in most shopping trolleys.

A WhatsApp message claiming to be an internal update from Wellcome said most brands of toilet paper along with popular brands of noodles, canned foods and drinks manufactured in now-closed factories on the mainland would soon run out.

But Wellcome clarified in the evening that such claims circulating online were mere rumours.

"We are working closely with our suppliers to provide a sufficient and diversified choice of products to our customers," a spokesman said. 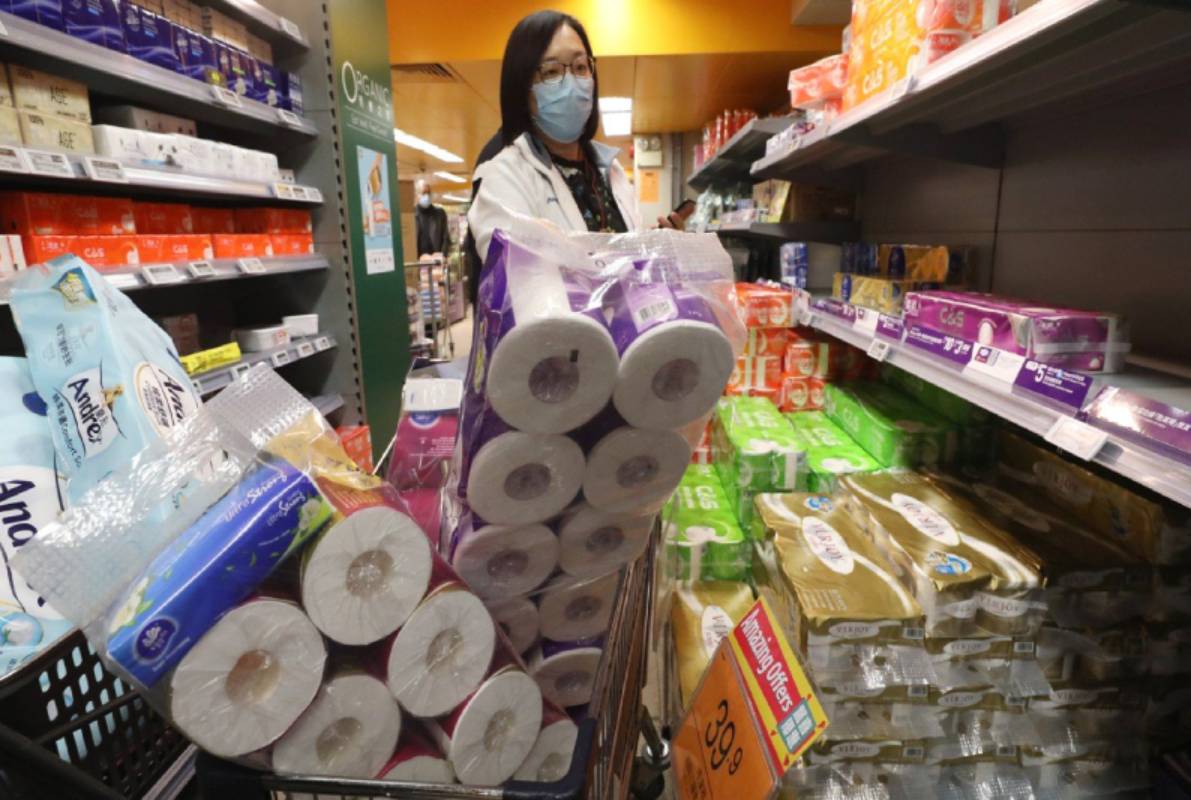 A domestic helper who did not want to be interviewed was seen pushing two trolleys of 19 packs of toilet paper, each containing 10 rolls, at Kowloon Tong Taste supermarket.

Angus Chan, a 40-year-old trader living in Tai Wai, said his wife sent him to Kowloon Tong to buy rice and toilet paper.

"I couldn't find any rice so I stocked up on toilet paper instead," he said, while pushing a trolley with six packs.